The French love, love, love biking. After all, France gave us the Tour de France, the world’s most famous bike race.  According to the Backroads blog, the fashion for cycling may have its origins in the gardens of the Palais Royal when “the Comte de Sivrac was spotted riding a rigid two-wheeled contraption called a celerifere.” A few years later, cycling clubs were organizing races down the Champs–Élysées. The French love affair with bikes took off from there and has now had two and half centuries to become firmly embedded in the culture: It goes without saying that bikes are ubiquitous in French cinema; Paris adopted the Vélib’ bike share system in 2007, five years before New York; and most everyone in the world has seen the famous, iconic images from the film, God Created Woman, of Brigitte Bardot on a bicycle. Last fall, I wrote an ode to my passion for pedaling around Paris.

So, what is it about France that makes it so perfect for biking?

I put this question to Gerry Patterson, the co-owner of 445 Cycling Tours, which specializes in bike tours around France. His response rang as true as a French village church bell. He said, “France is an amazingly diverse country in terms of terrain. If you like mountains, we have five major ranges. If you want vineyards, well, it goes without saying you’ll find a lot! There are gorges, high plateaux, lovely rolling hills and vast, flat river deltas full of marshy bird sanctuaries. Oh, and not to mention France’s nearly 35,000 villages, all of which are connected by roads. This, to us, is the magic of riding here – there are simply beautiful cycling roads everywhere you go.”

Patterson shared these practical tips if you plan on taking on France à vélo: “If you are bringing your own bike, make sure it’s been overhauled recently and you have new tires, cables and brake pads. If you are coming to ride in the high mountains, even in summer, you should bring a kit for nearly all seasons.” And in response to what’s the biggest surprise for bikers traveling to France, he noted that, “North Americans are often surprised by the [narrow and small] size of the roads in the countryside of France and the proximity of vehicles on them.”

If you’re looking to combine gastronomy and gears, Julie Mautner’s Provence Post Travel offers fantastic foodie bike combos. Her Easy Rider Bike Tour for Foodies includes a tour of a local goat farm where they make fresh chèvre; an olive mill where you can taste award-winning oils and a wide range of other delicious local products such as tapenade and confiture; a manade (ranch) where they raise bulls and make saucisson (which you can taste, of course); and a family-owned bee farm where you can taste honey. At days’ end  you’ll be sipping wines at a vineyard with the wine-maker. 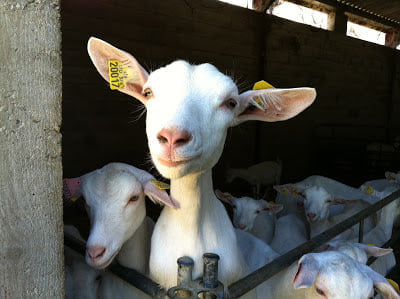 Mautner’s Cycling Fix for Confirmed Roadies takes more challenging, but equally breath-taking and delicious, bike tours in the Luberon, Alpilles region and Mont Ventoux. Her Guided Cycling Tour with Wine Tasting and Picnic takes you to an ancient bread bakery; a studio making superb confitures; the winery made famous in the movie of Peter Mayle’s A Good Year; and a tasting of truffle products. Half day tours are 175 Euros per person and full day tours are also available. You can choose a road bike, hybrid or electric – it’s up to you. 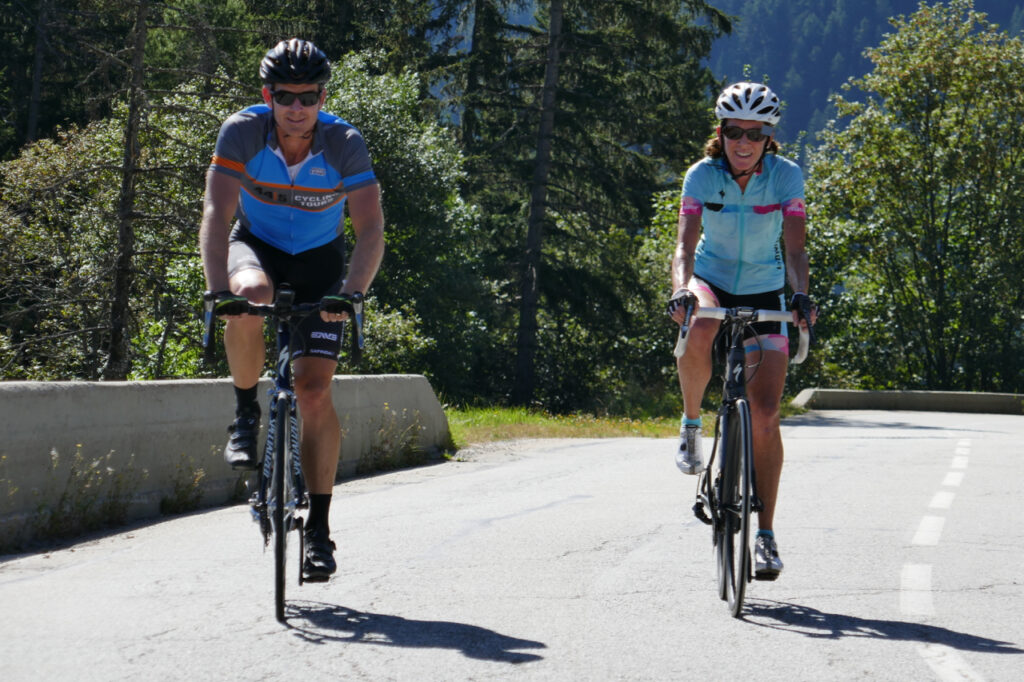 Another outfit, Cycling for Softies, suggests that the Loire Valley is indeed the ideal region for those new to cycling in France because, while it has scenic country roads, charming villages with centuries’ old brick houses, and family farm meals, the terrain is generally flatter and less challenging than, say the Tour de France mountain roads that cut through the Alps.

Depending on your tolerance for pain (or pleasure) they offer two, four, five, six and seven day outings.  The seven day tour – self-guided or with guide and van support (with snacks) – takes you through some of the most picturesque villages with stops at stunning castles such as Chateau d‘Usse (the real life inspiration for Disney’s Sleeping Beauty castle), and the renaissance gardens of  the 1532 Chateau Villandry, and the Abbey Fontevraud.

Wherever in France you chose to go biking, if Paris is your gateway city, be sure to make plans to experience the City of Light by bike. Bike About Tours offers wonderful tours for all tastes and ages. You can simply rent a bike from them or sign up for one of their cool road or city bike tours. The most popular is their Hidden Paris Bike Tour, which takes riders down small streets, back alleys and to some less traveled spots.Australian stand-up comic and bike tour guide, Simon, likes to take tours to see the magnificent courtyard of Hotel de Sully monument (once the home of King Henry IV) and graffiti artist Space Invader’s Poke man-like graffito. Hannah, from Ireland (who co-founded Paris’s Cygnet Shakespeare company) likes to bring her tours to the building where Jim Morrison allegedly overdosed. Other cool stops include, the Paris Mosque (amazing courtyard café), a Roman Arena, Ile Saint Louis (a Paris ice cream nirvana), a hidden castle, and what they bill as “Paris’s ultimate Instagram street.” 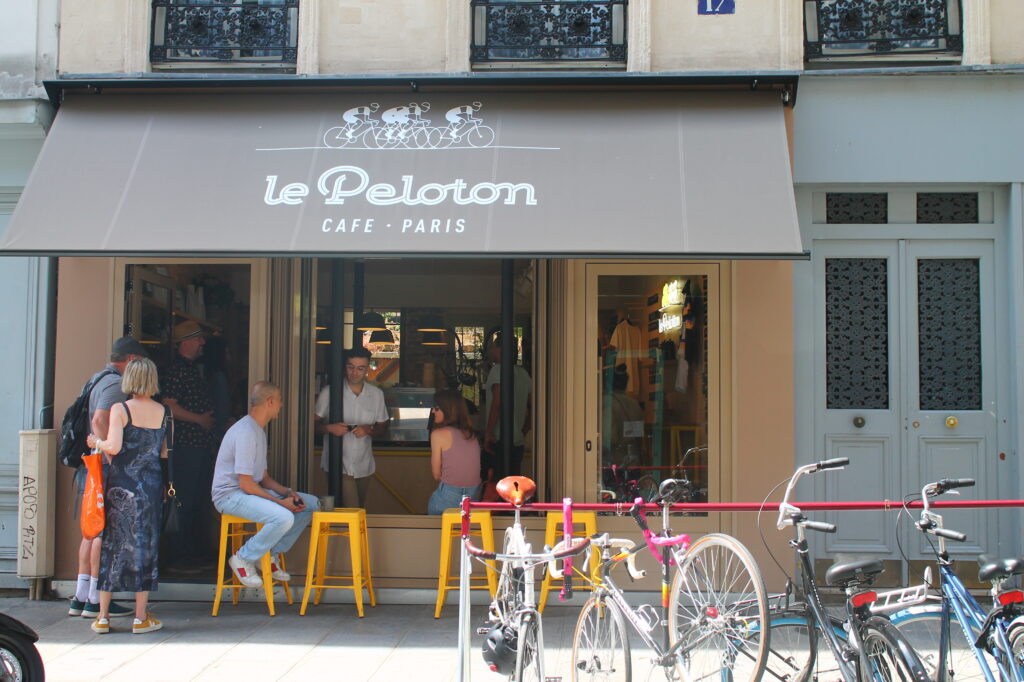 All of their tours begin and end at the Bike About Tours’ Le Peloton Café,  a hub for Anglophone expats and bike enthusiasts drawn by the three Cs: community, coffee and cycling. Co-owner, Christian Osburn, shared two great tips for biking in Paris: take the quays (river banks) along the Seine as much as you can to avoid traffic, especially in Saint-Germain, and plan your bike routes in advance on the bikemap app. 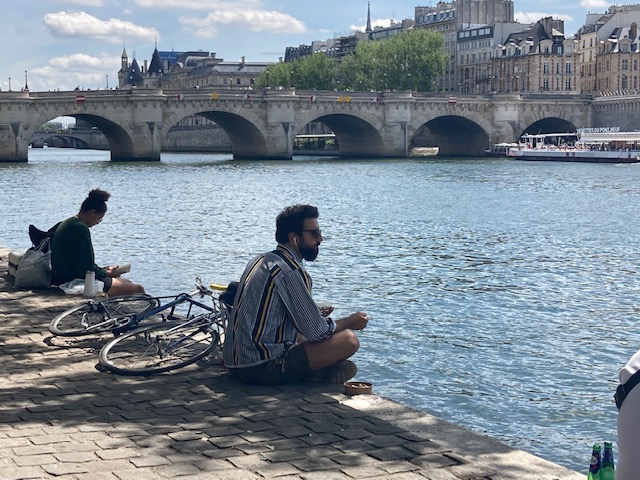 For off-the-beaten-Paris-path, I recommend biking the Bois Du Boulogne. Two and half times the size of New York’s Central Park, this 2,088 acre forest is crisscrossed with narrow dirt bike lanes, ponds, lakes, fields, and houses the Roland Garros tennis stadium, two horse-racing tracks, and a children’s amusement parkland petting zoo, and the must-see Fondation Louis Vuitton art museum. On Sundays, catch a free outdoor concert at the Good Planet Foundation, and, for an idyllic picnic worthy of Manet’s Dejeuner sur L’herbe, check out the Bagatelle (a parc-within-a-parc) with resplendent peacocks strutting around the manicured French gardens.

Experiencing the country on two wheels is, as we say in Franglais, “c’est too much fun!”