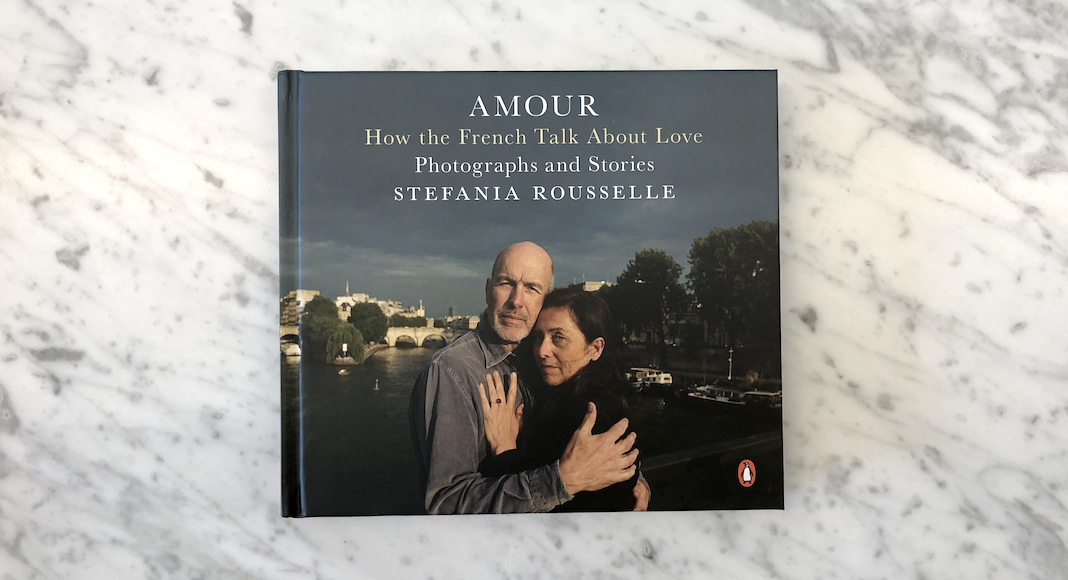 “Amour: How the French Talk About Love” Presents an Unclichéd, Honest Depiction of Relationships

What we’ve come to expect of books about French people and French love is that they will feature clichés about the French (Parisians specifically), photos in black and white from a bygone era, or else comedic riffing on what it is to be French (also rife with clichés).

“Amour: How the French Talk About Love,” by journalist Stefania Rousselle (Penguin Books 2020), is not that book. It’s an honest, raw portrayal of French people and love, without any of the usual glossy trappings.

A Pulitzer Prize finalist, Rousselle, who is French-American, reported on the 2015 terrorist attack in Paris for The New York Times. The violence, along with the heartache from a recent relationship gone bad, shook her so badly that she found herself questioning what love is. Over the course of two years, Rousselle traveled alone across France to meet with French people and discuss love. The result is “Amour.”

In over ninety interviews and 100 photos, Rousselle presents a unique depiction of love. In Pac d’Assabère, Le Chesnay, Fleury, and many more towns most non-French people have never heard of, love is found in stories of second marriages, loss, raising children, rejection, internet connections, and lifelong partners.

“Amour” puts the romanticized depiction of France to shame. There are no stories of couples who had a meet-cute on Pont Neuf, who live perfect bohemian lives on a houseboat on the Côte d’Azur, who share kisses on the rooftop of their luxurious Paris apartment. Rosselle’s presentation of love in France is diverse, in age, ancestral origins, and sexuality. She profiles a mixed-race couples on their couch speaking of prejudice, a never-been-kissed man in his workshop, and a woman, who leaves her husband and returns to him every day because she’s afraid of him, standing in her doorway. “Please forgive me if I cry,” says an 81-year-old man from Saint-Orens-Pouy-Petit, speaking of his deceased wife.

Though your idealized image of picture-perfect French love may disappear while reading “Amour,” a swell of empathy for humanity will take its place. For one of the most romantic countries on earth, love is humanized, brought down to earth, and made earnest.

Available on Penguin’s website here, and Amazon here. The UK cover is available to purchase here.