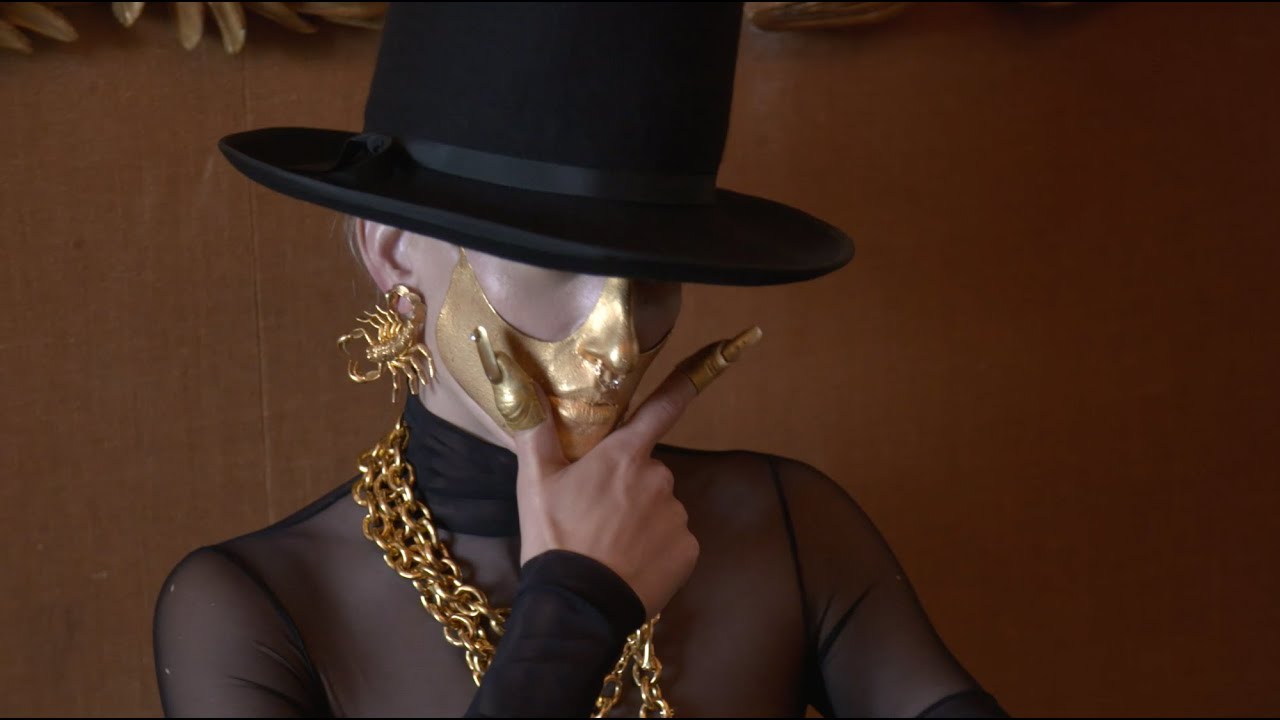 After Paris Fashion Week’s Fall/Winter 2020 collection earlier this year, in which most fashion houses were forced to release creative videos instead of hosting a live runway show, it was unclear how Spring/Summer 2021 would manifest. Some houses continued to go the route of the short film, while most of the major houses returned to the runway, albeit with a vastly reduced audience. Due to travel restrictions, Paris Fashion Week was more Parisian than ever, offering a glimpse back into a time before influencers mobbed the streets and Kardashians vied for front row seats.

Dior opened the week with a somber, striking live runway show that channelled all of Creative Director Maria Grazia Chiuri’s fabulous goth couture energy. Capacity was knocked from the usual 1750 down to only 350 attendants. Models wearing luxurious sheer silk kimonos, wide-leg pants, and drop-waist floor-length sheaths seemed to embody the WFH fantasy, conjuring up images of women draped across chaises, idly scrolling through Instagram as a Zoom call putters on somewhere in the background. Light installations turned the tent into a cathedral, and the soundtrack was a live performance by 12 singers doing 19th-century Corsican mourning hymns acapella. Apparently the video of the runway show, however, was edited, and did not include a protestor from the climate change activist group Extinction Rebellion storming the stage while holding a sign reading, “We Are All Fashion Victims.”

Balmain went in more of an obvious direction, with an audience of TV screens, showing the 58 celebrity and industry guests who had to Zoom in to take part in the experience (despite some timing issues across streaming platforms). There was plenty of 70s retro, and, of course, sustainable denim and recycled crystals. Because conflict rhinestones are so 2019.

“I desperately want things to change. Everybody knows how fashion was operating before, the wastefulness, the pace, the values (…) this is our chance to recenter and ask the tough questions,” said Schiaparelli Creative Director, Daniel Roseberry, touching on the recent shift in the fashion world towards sustainable practices. In lieu of a live show, Schiaparelli livestreamed a surrealist collection inspired by Picasso, Degas, and Matisse. The video shows Roseberry sketching the outfits, and you watch them come to life on the two models, who strut around Paris in ensembles gleaming with eye-catching gold accents.

“I wanted to make things uncomplicated, unfussy, clear and clean – because that’s what I care about at the moment, what I find important,” said Andreas Kronthaler, who stressed machine-washable fabrics and natural vegetable dyes in his new collection for Vivienne Westwood. The 6-minute video, formatted for and shot on an iPhone (vertically), shows Westwood herself modeling the clothes, while reciting Taoist poetry. The other models are friend of the Maison Sara Stockbridge, model Vita Leandra, and Kronthaler. Only 7 outfits are featured in the video, though the collection contains 39.

Chanel’s show looked much the same as it would any year, live from the Grand Palais, with models parading in front of a recreation of the Hollywood sign, spelling “Chanel.” The show included “plus size” Dutch model Jill Kortleve (though plus what, exactly, isn’t quite evident). They went full Hollywood on Instagram, with a series of short black-and-white clips from classic movies of actresses in Chanel. This in part might be inspired by the first Parisian retrospective on Chanel, which will be held at the Palais Galliera through March 14. The collection was all glitter, glam, and teeny tiny purses, and managed to avoid feeling too much like a step backwards.

Updating Old Hollywood wasn’t just for Chanel, however. Thom Browne released a video for his co-ed collection set during the 2132 “Lunar Olympics,” in which thousands of fans have gathered from “all over the galaxy” to watch the athletes strut into a stadium modeled after the LA Coliseum wearing “uniforms” designed by Thom Browne. The concept is as whimsical as it is nostalgic, not only for the 1932 Olympics, which were held at the LA Coliseum, but for a time when gathering in a stadium for a live event of any kind was the norm.

This season, many designers chose to take a more avant-garde approach to representing masks. Kenzo (which lost its founder, Japanese designer Kenzo Takada, this week to COVID-19) presented a series of looks inspired by beekeepers. Schiaparelli’s stunning gold accents included gold masks molded from the face of model Maggie Maurer. Rick Owens sent every model out on his catwalk, streamed from Venice, in masks with long trains tucked over the shoulder and trailing down their backs like scarves.

This season’s collections showed that though those in the fashion world might appear to be taking vastly different approaches, they are all reacting to the same issues: COVID-19, the climate crisis, and even shifting representations of gender norms. Fashion has always reflected social change, but these variations on a theme tell us just how much the world is being forced to adapt right now. And it shows that just because things may start to “go back to normal,” that doesn’t mean that we have to go back to the way things were.