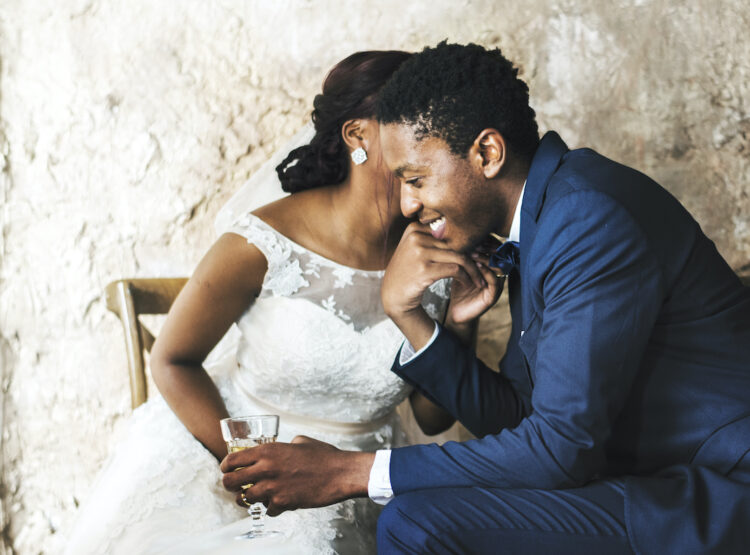 Whenever I envision my dream wedding, the groom’s face is blurry but the backdrop is crystal clear: he’s silhouetted against a gleaming stretch of the Côte d’Azur, a place that first taught me the meaning of coup de foudre (love at first sight).

The specifics of where exactly we’ll be, how we’ll get there and how many people we’ll celebrate with are a tad hazy — not to mention the fact that there’s not exactly a groom in the picture at the moment. But that doesn’t stop me from ogling French wedding venues online from time to time.

Destination weddings are a divisive subject — they tend to be more costly and to require navigating airports, foreign trains and the like — but in truth, if your wedding isn’t an excuse to lovingly coerce your family and friends to finally come hang out with you in France, then when is? 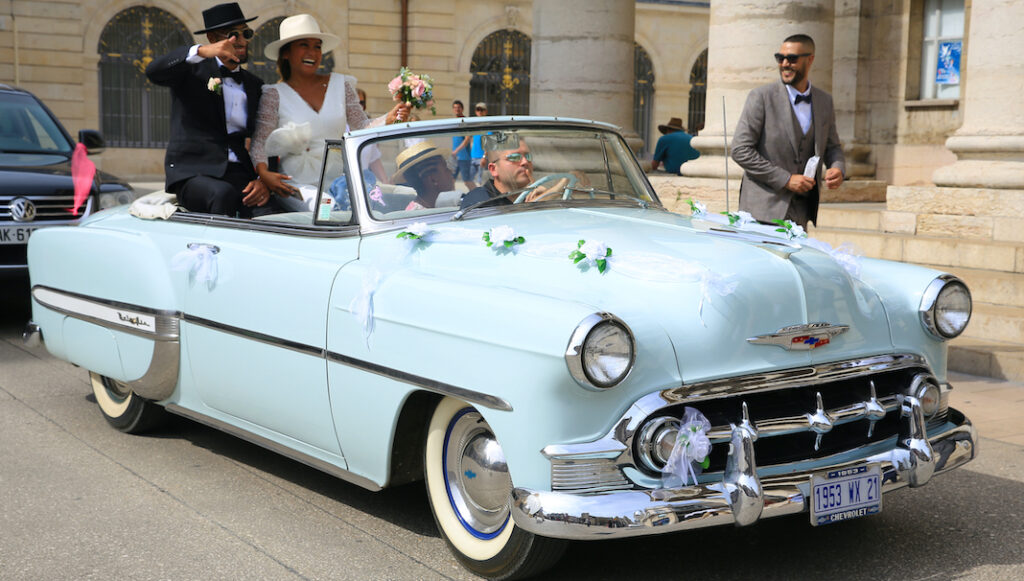 Sure, the practicalities of it all can be wildly stressful — particularly if you’re trying to manage everything from abroad — but there’s a unique delight in deciding what sort of backdrop you’d like for your big day (the rocky cliffs of Eze? A lavender field in Provence? The Eiffel Tower?).

Maybe you’ve already got 200 Pinterest folders saved, or a Bride Wars-inspired scrapbook full of wedding inspo you’ve been passionately collecting since you were a child. However you envision your wedding, looking for a location starts to give shape to the details of the day: what the air will smell like, how many lawn chairs you can set out, whether it’s just difficult enough to get to that your least-favorite cousin texts their regrets and instead sends along that fancy new blender you’ve been eyeing.

Whether you’re dreaming about saying “I do” along the Mediterranean, high up in the Alps or looking out over a vineyard in Champagne, we’ve rounded up some of the most romantic wedding venues in France.

If you have a small fortune to spare and are looking to get married in a castle that’s relatively easy to get to, this 17th century stunner fits the (très cher) bill. Less than an hour from Paris, the Château de Vaux-le-Vicomte was the inspiration for Versailles, which should give you an idea of the level of grandeur we’re talking about. Commissioned by Nicolas Fouquet, Louis XIV’s Finance Minister, the historic space is a famous — and famously exclusive — wedding venue for A-listers such as Eva Longoria, who held her wedding ceremony there in 2013. While there’s ample room inside the high-ceilinged castle to realize your dream ceremony (orchestras, ice sculptures, Champagne towers, you name it), the main draw is the extraordinary French garden. Lit up by thousands of candles, it’s a fairytale place to say “I do” beneath a lavish fireworks display. 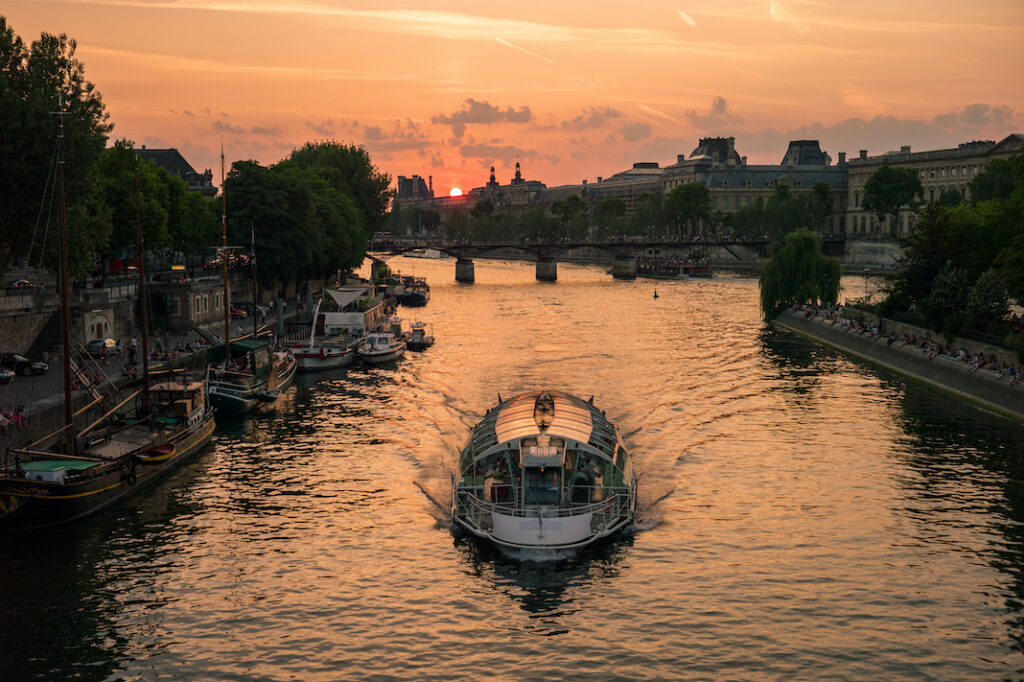 Strolling the banks of the Seine, you’re sure to have spotted the revelers floating past on riverboats laden with white tablecloths and Champagne coupes. One of the boats in particular boasts a haute cuisine restaurant from the minds of Michelin starred chef, Alain Ducasse and the ship’s chef Pierre Marty: Ducasse sur Seine. The 100% electric boat, which frequently hosts wedding ceremonies, is a uniquely romantic way to move through the City of Love while celebrating your own love story. 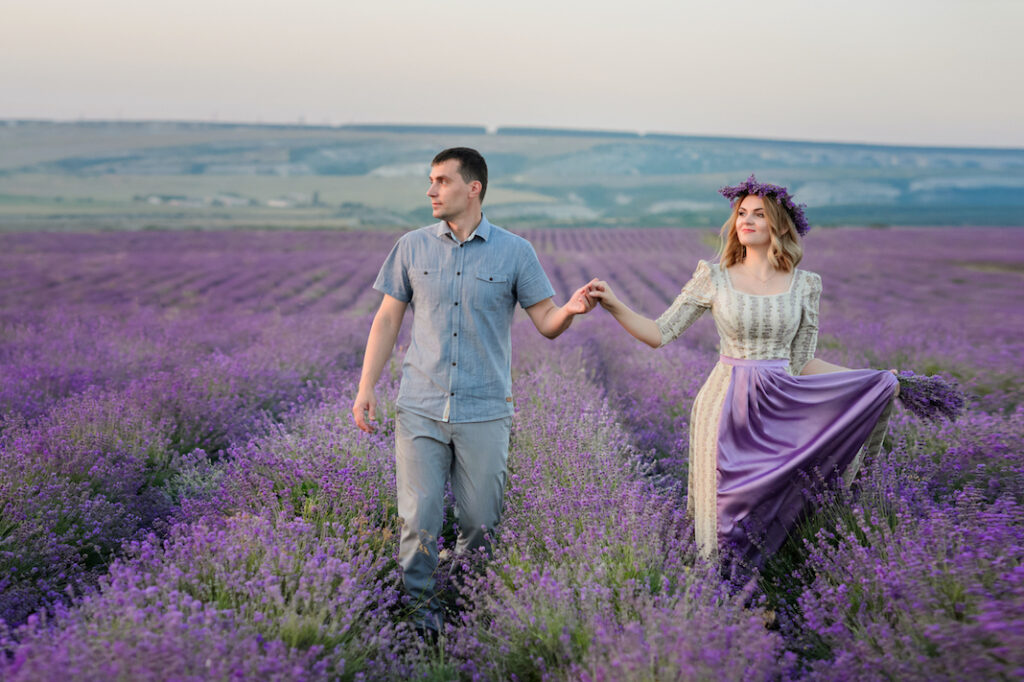 It’s hard to imagine a more ethereal backdrop for a wedding than the rolling lavender fields of Provence. Aesthetics aside, think of the heavenly perfume of it all! Just north of Marseille, this bucolic setting features a gorgeous old stone barn, a courtyard and a garden for a ceremony of up to 100 guests. There’s a charming guest house that sleeps 6 on the property, while tents can be set up in the field for guests (or there’s a spate of 5-star hotels in town if camping out isn’t the vibe). 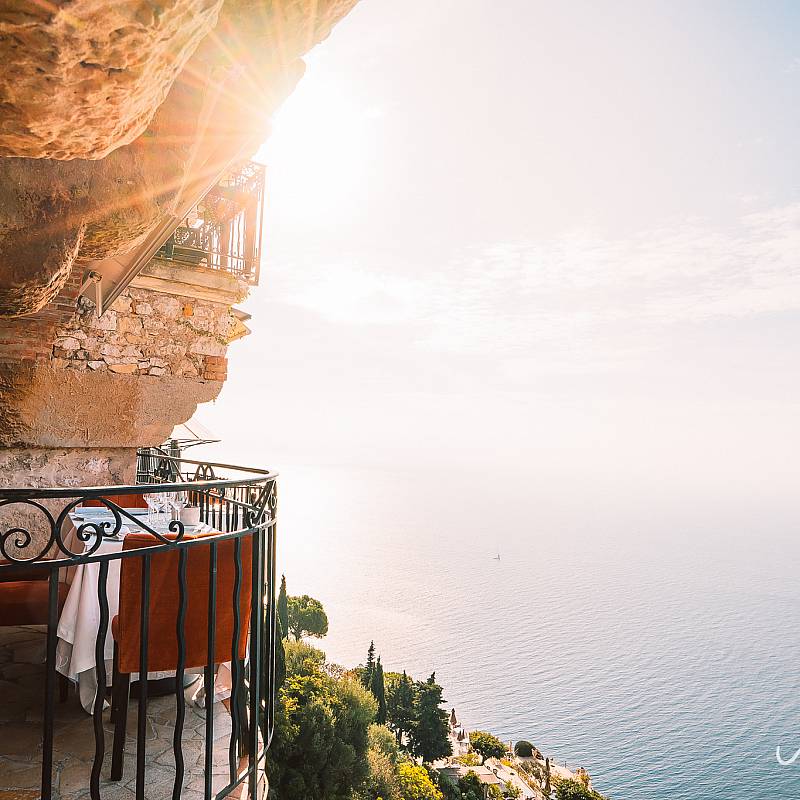 Marrying with a backdrop of the shimmering Mediterranean is a dreamy notion — one best brought to life at the exquisite Château Eza, a 400-year-old, 14-room hotel perched high above the French Riviera, in the almost painfully charming medieval village of Eze. Formerly home to a Swedish prince, the property features a Michelin star restaurant onsite and sweeping vistas over the sea. 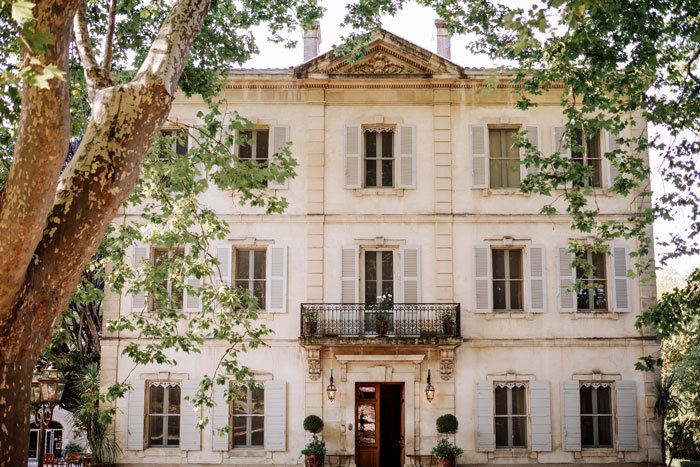 Nestled at the base of the Alpilles mountains is a picture-perfect 19th century château. An ancient avenue of trees stretches up to the venue, which retains its original charm with lovingly restored period pieces while also offering all of the modern comforts you’d expect (wifi, cozy mattresses, etc.). There are two restaurants on the five-star property, as well as an onsite spa, pétanque court and tennis court for guests to enjoy before or after the ceremony. The stunning space can accommodate a 250-person ceremony and sleeps 50, spread out among 21 rooms, suites and a cottage tucked into the woods.