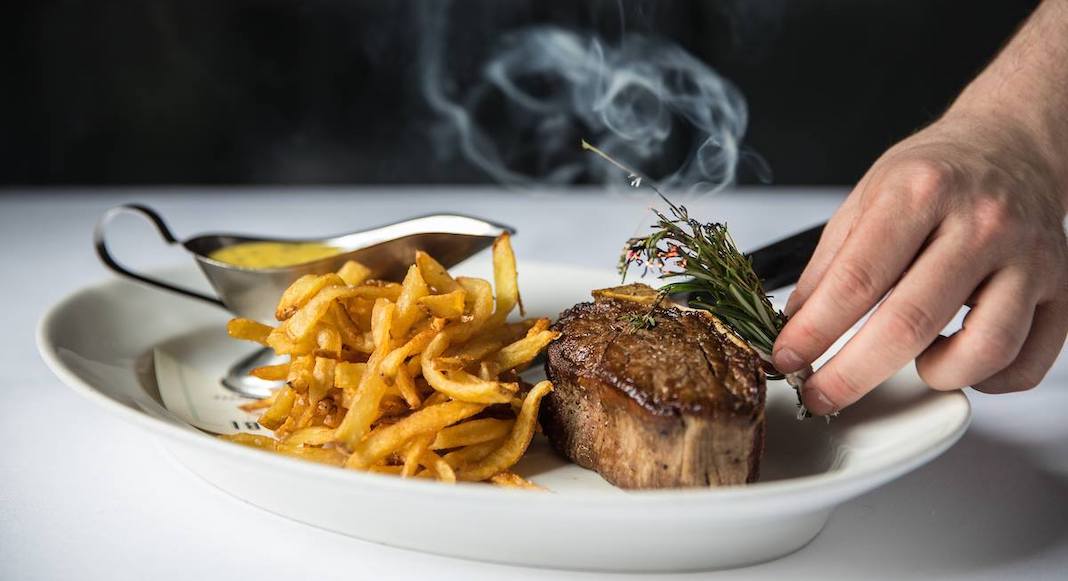 Where to Get French Food in Bethesda, Maryland

Located a few subway stations from downtown Washington, D.C., Bethesda is considered the Frenchest neighborhood of the capital. Here are some of our favorite places to get French food in Bethesda.

Founder and owner of Bistro Provence since 2010, Yanick Cam has established himself as a leading chefs by working in the kitchens of several major American restaurants. “When you cook, you always think of colors,” smiles Cam, who is passionate about painting; he bought and decorated the restaurant’s small dining room with its soft lights and hushed atmosphere. The restaurant offers a $32 prix fixe menu between 5 p.m. and 6:30 p.m. every day. — 4933 Fairmont Avenue, Bethesda

Opened in 1985, La Ferme Restaurant is the oldest French restaurant in the region. Voted “Most Romantic Restaurant” by Bethesda Magazine, this iconic venue is popular for marriage proposals. The tables near the fireplace are often reserved, as well as those on the beautiful heated terrace. A must for a romantic or family dinner. — 7101 Brookville Road, Chevy Chase

The chef of the restaurant Mon Ami Gabi, Andrew Fleischauer, worked on his craft for a few years in Paris. The restaurant has five addresses throughout the United States, in Illinois, Nevada, Virginia and Maryland. A daily menu is available. Expect to spend between $11 and $25 for lunch, and between $19 and $40 for dinner. — 7239 Woodmont Avenue

This historic family restaurant was taken over by chef Christian Gautrois and his wife Crista in 2014. Since then, Le Vieux Logis has been given a makeover. The restaurant offers a three-course prix fixe. Expect to spend $38 for dinner and $28 for lunch. — 7925 Old Georgetown Road

Launched by Frenchman Florent de Felcourt, Fresh Baguette bakery attracted customers and even opened a new address in the heart of Washington in 2017. The bakery also offers sandwiches, pastries, as well as a small grocery selection of French products. Fresh Baguette won the competition for the best baguette in Washington, organized in 2016 by French Morning. — 4919 Bethesda Avenue