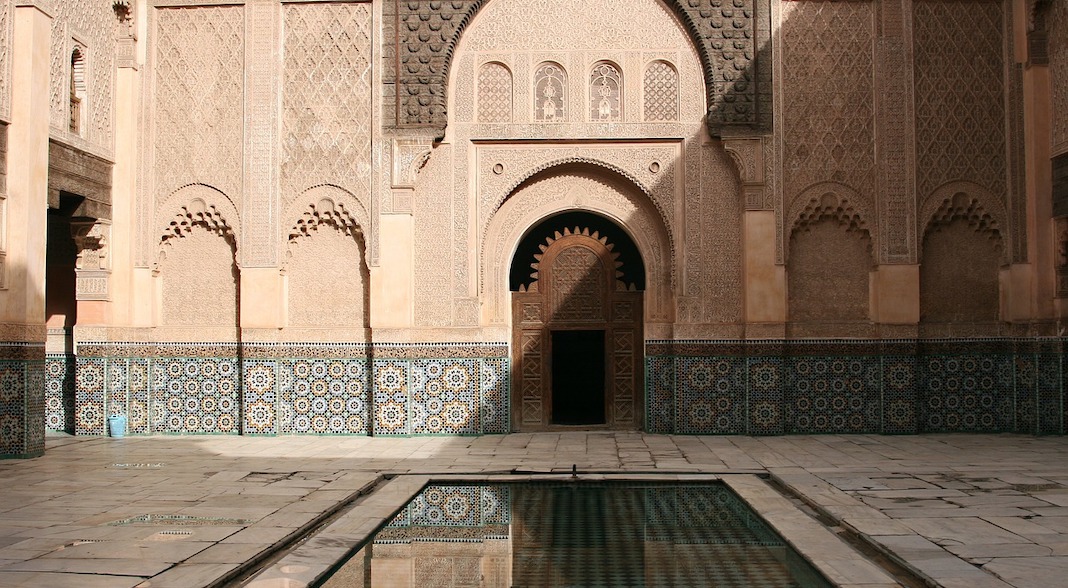 French: The Language of Oppression

I certainly grew up associating French with sophistication, poise and beauty. French is the language of love. It’s the precursor to haute gastronomy, classical art, and some of the greatest intellectual thinkers and movements of all time. And yet, this same language was used by France for centuries to foster control over their colonies and protectorates. What better way to assert domination across North and West Africa and Indochina than to impose a new linguistic code, a new way of expression?

I knew just a morsel of this history when I moved to Morocco, a former French protectorate, for my Junior semester abroad. I wanted to spend time in a francophone country, to continue my study of the French language while experiencing in a new environment. This North African country–the home of couscous and the Sahara desert–seemed like the perfect fit. But I learned that to call Morocco a francophone country is simplistic and often inaccurate.

Although French is the language of the “official sphere” in Morocco, it is not the language of the people. Street signs are displayed in French and Arabic, and government documents are written up in both. However, while business is conducted primarily in French, the language of the local souk, which you’ll hear called across aisles of fried dough and spices, is Darija, the Moroccan Arabic dialect .

Coming from a monolingual family and town, I found this linguistic schism fascinating, painful, and a bit disorienting. I met a family where one cousin spoke French, while the other cousin responded in Darija. And their neighbor didn’t speak either—just Tamazight, the language of the indigenous people.

It wasn’t only students like me who were disoriented. I spoke with Moroccans who also described a feeling of schizophrenia, in relation to their heritage and country divided by language. “We can’t escape it—the French influence runs through our veins!” Yelled one student I spoke with, who became heated on the topic. And what a legacy: a state-induced psychological fissure, plaguing Moroccans 60 years after independence.

The French colonialists were able to foster influence through what is probably the most insidious–and effective—method of control: education. French colonialists taught wealthy Moroccans the French language, to simultaneously placate elite families while using them as liaisons for France. This classist educational structure persists today, and can be seen in the supremely flawed schooling system.

I met one woman who described her daughter, a bright and motivated student who attended public schools throughout her youth and learned all subjects in Arabic. Now, as a first-year biology student at university, she was struggling for the first time with an entire course load in French–and failing.

I tried to imagine re-learning all of the technical, detailed biology vocabulary—aorta, bacteriophage, thermoregulation—in a second language, at age 18. It seemed ridiculous. Only privileged students educated in expensive private schools—conducted, naturally, in French—are prepared for success in higher education.

Understandably, I heard a lot of anger towards the imposition of French. But I also learned about a particular hope—the “French Dream,” as I came to think of it—for Moroccans who wanted to move to France. While the Moroccan economy offers few jobs,  France represents a mecca of opportunity. High-schoolers dream of attending university in France. University students hope to live the “French Dream” to advance their careers and send extra money back home. For all, perfecting French language ability is a precursor to success.

It’s a weird paradox, that continues to plague many post-colonial societies: Moroccans simultaneously need and resent, France and French: “Whether we like it or not, French is an integral part of Moroccan society,” a friend in Rabat explained.

It’s true; post-protectorate Morocco pulses with all kinds of influences from its former colonizer. During their reign, the French introduced paved roads and built entire villes nouvelles—new cities—that look nothing like the traditionally walled-in, unplanned medinas, where hagglers shout at souk owners, donkeys drag wooden carts, and cattle carcasses dangle just steps away from fabric merchants. These new cities still stand throughout Morocco, side-by-side against the ancient ones, in what I came to see as a visual demarcation of a messy European-Arabic divide.

Perhaps even more striking than this schism, which was etched into North Africa’s psyche throughout the 19th and 20th centuries, are the effects North African countries have carved their influence on France. There are huge communities of Moroccan, Algerian and Tunisian immigrants and descendants throughout the country. France invited Maghrebis in during the 1900s, under special worker programs and to aid WWI efforts. These days, you’ll just as easily find a North African boulangerie as a French one in certain parts of Paris.

Many North Africans have successfully integrated upon arrival, thriving in Europe while retaining their Moorish roots. Others have assimilated, eschewing their former identities in favor of being French, and only French. But many others have floundered, stuck in a hundred-year-old wound, unable to shake the ugly colonial propaganda that North Africans are inferior and holistically different.

France as a whole is also going through an identity crisis. While it may not be linguistic, it is certainly cultural. We see it in their census, which aims to promote a color-blind society by omitting “race” and “ethnicity” from the forms. We see it in the repeated terrorist attacks—whose networks have blossomed in the country—and the public’s reaction. We see it in the rise of the Front National, with their anti-immigrant platforms. We saw it in the burkini debate this past summer, and the 2004 laïcité law banning religious symbols, including headscarves, in schools.

To examine France’s current political and cultural issues without considering its past would be foolish. Their colonial undertakings do not exist in a prism. France not only affected its conquered territories, but has set the stage for many of the problems it now faces.

The French language has played an indispensable role in history. It has inspired beauty and progress, but it has also created disgrace. It’s still the language of France, of love, of power, and of hate. We’ll see what else it may become.