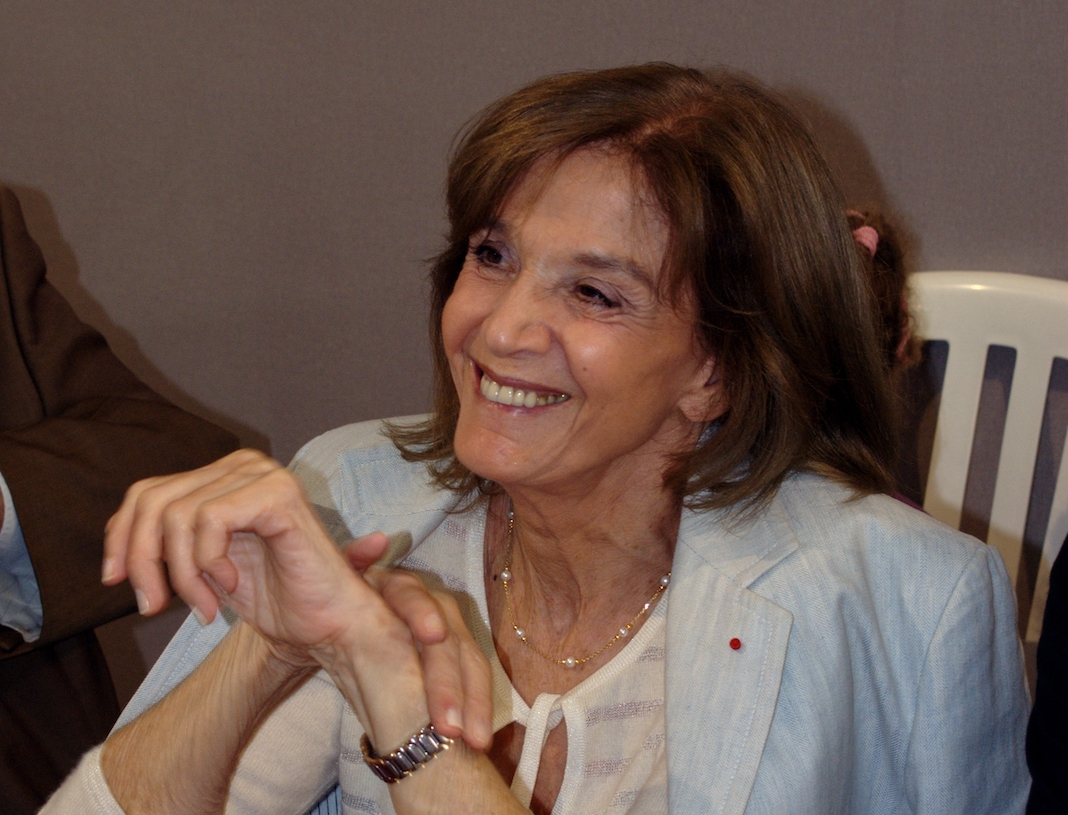 French Feminist Icon Gisèle Halimi: Who she was, and why you should know her name

When the idea of ‘French feminism’ comes to mind, so might things like Simone de Beauvoir’s cool intellectualism, or Catherine Deneuve’s antiquated romantic ideals. The more up-to-date woman might even consider the films of Rokhaya Diallo, or Alice Pfeiffer’s Je ne suis pas Parisienne.

But one of the greatest feminist icons in French history wasn’t a journalist or an actress or a Twitter sensation, but a lawyer. Her name was Gisèle Halimi.

She was born Zeiza Gisèle Élise Taïeb, into a traditional and conservative Jewish family in Tunisia in 1927. So upset was her father at the misfortune of having borne a daughter that her birth was kept a secret for weeks. The constraints put on her as a young child gave her such a taste for fighting injustice that her “first feminist victory” was an eight-day hunger strike she took on at the age of 10, to secure freedoms from her father that included the right to learn to read.

After refusing an arranged marriage, Halimi moved to Paris to attend law school at La Sorbonne. She spent the next few years practicing in both France and Tunisia, in landmark cases defending victims of rape, discrimination, and France’s colonial regime in North Africa. She defended members of the FLN, or Front de libération nationale, the Algerian political party that fought for Algeria’s independence from France during the Algerian War from 1954 to 1962. The FLN was feared and despised in France during this time because of their guerrilla war tactics, violent propensities, and execution of the so-called  “Café Wars,” in which mass bombings were carried out on Algerian soil against French expatriates. One such accused bomber, Djamila Boupacha, was Halimi’s defendant in a 1960 case in which she convinced Boupacha to sue her captors, French soldiers who had tortured and raped her following her arrest. This course of action was unprecedented, and marked a notable departure from the “winner take all” mentality inherent in both colonialism and French patriarchy at the time (particularly their intersection). The incident was the inspiration for the 2011 film Pour Djamila.

Halimi became a staunch supporter of womens’ rights, and was critical in fast-forwarding the legalization of abortion in France in 1975. She represented numerous women charged with receiving illegal abortions, including a teenage rape victim named Marie-Claire Chevalier, whom Halimi helped acquit in a landmark 1972 case. She was also a signatory of the Manifesto 343, an open letter published in 1971 in Le Nouvel Observateur, and signed by hundreds of women who had had illegal abortions, in a dangerous act of civil disobedience.

She served as an MP on the Assemblée nationale during François Mitterrand’s tenure as president of France, eventually contributing to the abolishment of the death penalty in France in 1981. She was also part of the Russell Tribunal in the 1960s, a group responsible for investigating war crimes committed by the United States in Vietnam, led by philosophers Bertrand Russell and Jean-Paul Sartre.

Halimi was good friends with writer and activist Simone de Beauvoir, and with de Beauvoir co-founded the womens’ rights organization Choisir La Cause des Femmes. De Beauvoir also wrote the introduction to her first book, Djamila Boupacha, whose cover features an illustration of Boupacha by Pablo Picasso. She contributed to numerous other feminist works of literature throughout her life, often collaborating with de Beauvoir and Sartre (whose secretary, Claude Faux, became her second husband).

Halimi passed away on July 28, 2020, in her Paris home, at the age of 93. A book of conversations between Halimi and Le Monde reporter Annick Cojean, called Une Farouche Liberté (‘A Fierce Liberty’), was released yesterday. (The book is currently only available in French.)