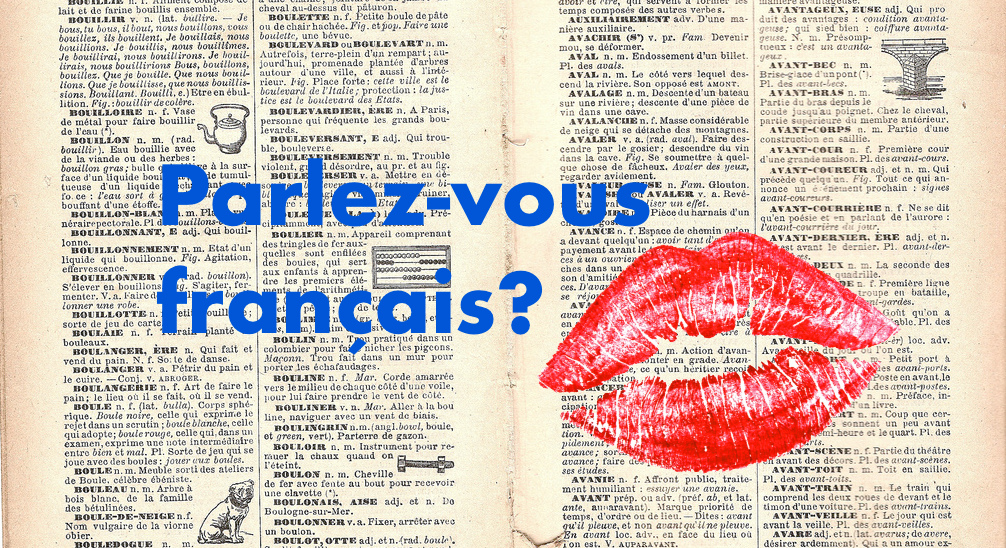 Here’s Proof that French is Actually the Sexiest Language

Many of you will read this title, roll your eyes, and say, “It’s not that sexy.” Boyfriends will claim it to their Francophile girlfriends, and parents will say it to college-age kids begging to go to l’Hexagone to find that evasive French study abroad fling. As someone who works with a bunch of French people, I would argue the French accent is more like this:

Not only is French often voted the sexiest language, it’s also often voted the sexiest accent. Fifteen thousand users on the language app Babbel voted it sexiest in the world. 63% of Australians, 43% of Americans, and 47% of Italians found it hot hot hot. Pride, envy, and not wanting to boost the French’s egos aside, there are real, linguistic reasons that French is a sexy language.

According to a study by the University College London, women find husky voices sexiest, and men find breathy voices sexiest. (Ding ding ding! We have a winner!) French is so breathy, it sounds like whispering (one of the many grievances Americans have with the French). The breathiness comes the forming of sounds at the front of the mouth and the frequency of vowels in the language. If you’ve forgotten, a vowel is a sound made without any obstruction in the vocal tract, thus being a breathy sound. Vowel count is often debated, but according to Wikipedia, French has 13 oral vowels and four nasal vowels, plus three semivowels and three glides, totaling 23. American English has 14-16. As a vowel-filled language, it makes sense that French is so breathy, and therefore sexy.

In English we use stress to distinguish between words. For example, the emphasis on “contract” changes depending on if you’re talking about the noun or the verb (CON-tract vs con-TRACT). Intonation (pitch) can also emphasize different parts of the sentence and change the meaning (e.g., I didn’t steal the cookies vs. I didn’t steal the cookies). In French, they use neither stress nor intonation on any certain syllables. Words are always stressed the same way with emphasis on the middle rather than the end (e.g., “Paris” is pronounced “Paree”), and there are four primary patterns of intonation. When the the stress is consistently in the same place and the pitch changes follow similar patterns, a rhythm is established, giving the language a semblance of poetry.

English suffers from over pronunciation. English speakers say most every consonant and every syllable and we pop ‘em. Emphasis everywhere and anywhere! France, on the other hand, drops consonants (“Lefebvre” is pronounced without the “b”) and sounds at the end of words (“Logement” basically doesn’t have a “t” sound at the end). This gives them them the ability to slur words together. If the end of a word is a consonant, and the beginning of the next word is a vowel, those words are joined. Even if the consonant is one you don’t pronounce, when it joins with the vowel, you pronounce it. That doesn’t work in English, “hot air” does not become “hotair.” But in French… “Vous aimez” becomes “vousaimez.” it’s lovely and smooth, and not. at. all. cho. ppy.

French happens in the mouth, lips, and nose. English happens in the mouth, lips, nose, sinuses, and throat. One of the most different sounds between the two languages is the “r” sound. When Americans say “crack,” the “r” comes from the roof of the mouth and tongue. When the French say “craque,” the “r” comes from the uvula, making a softer sound. Vowels tinged with r-sounds are called rhotic vowels. French has one (like in roue); American English has four. The absence of “r” sounds and their silencing through the uvula keep French sounding soft.

So much of French is spoken using the mouth and lips. They make excellent “O” shapes with their mouths because they actually have that sound. Americans say “ew” much more than “oo” (e.g., “who” is more like “hew”). And peopl love the “O” shaped mouth. Want proof? Duck face.

Dr. Nigel Armstrong, a lecturer in French and sociolinguistics at the University of Leeds, links the sex-appeal in French to the culture, not the language. “Any accent is just a series of sounds,” he says. “The explanation of why we find French sexy and charming is cultural and social.”

Feel free to disagree, everyone has a preference and that’s fine. But now you know.