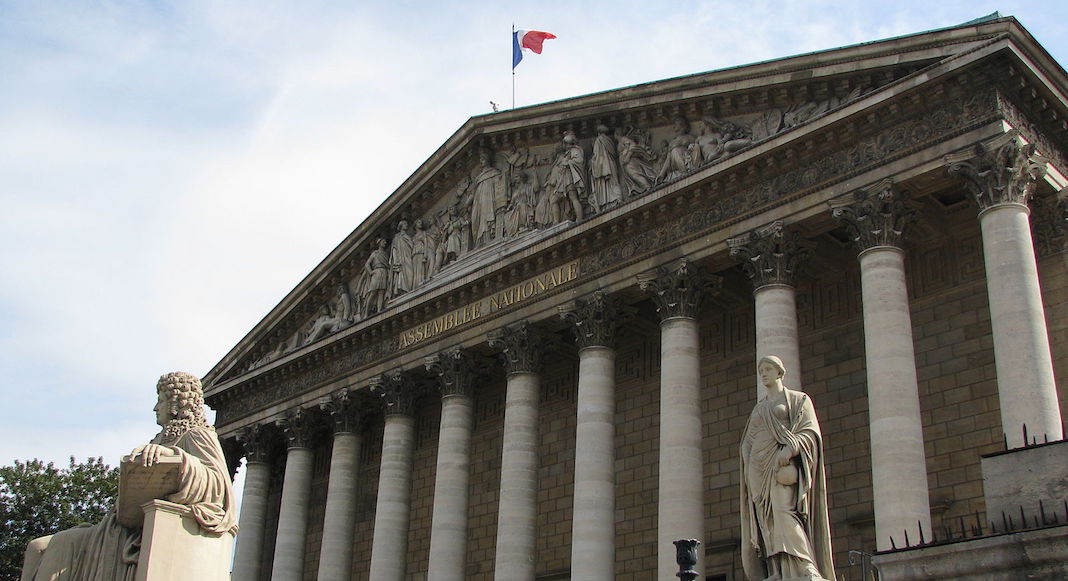 France Wants to Remove the Word “Race” from Its Constitution, Arguing it Doesn’t Exist

Article 1 of the Constitution says France “shall ensure equality before the law for all citizens without distinction as to origin, race, or religion.” Perhaps not for long.

Arguing that there is no such thing as race, lawmakers on a commission dedicated to revising the Constitution unanimously agreed that it would be best to remove the term “race” from the document. This proposed amendment to the Constitution, voted on by deputies present in committee on June 27, would replace the world “race” with “sex” (le sexe). With the proposed change, Article 1 would ensure the equality of “all citizens without distinction as to sex, origin or religion.”

The change isn’t official yet. The amendment must still be voted on by the full French Parliament on July 10.

The term “race” was added to France’s Constitution in 1946 to send a message that France wouldn’t tolerate the racism propagated by the Nazis and Vichy France during World War II. The Nazis kept racial statistics, so France very purposely vowed not to, and still doesn’t; their census doesn’t ask for race, ethnicity, or religion, which effectively refutes the existence of citizens’ (especially minorities’) other identities besides “French.” The term remained in the 1958 Constitution (the current constitution).

In recent years, politicians have discussed removing the term. Former president Francois Hollande declared as a presidential candidate in 2012 there was no such thing as different races, and that the term “has no place in the Republic.” Nicolas Sarkozy, who was president at the time, argued (from a very American perspective), “If we delete the word racism does that mean that it will no longer exist? This is absurd!”

To Americans, the idea certainly is absurd. We can talk all we want about how race is a social construct, but even then it still exists as a social construct. Whether “race” is just a word in the dictionary or a driving force behind our cultural, social, and ethnic identities, it (and racism) exists.

France, however, doesn’t do race. Or, at least, many French people don’t believe that race exists.

HuffPost France explains the French debate over the existence of race as “old and politically more complex than it seems.” It continues, “once used to categorize morphological differences between human beings (essentially skin color), racial distinctions appear in French law precisely to assert that the Republic disapproves of them.”

It’s not just progressives and scientists claiming that race doesn’t exist. The proposed amendment was unanimously affirmed by a bipartisan commission, which has members of Macron’s centrist party La République en Marche (LRM). The president of the International League Against Racism and Anti-Semitism (Licra), Mario Stasi, argued in an op-ed for Le Monde that the word “race” should disappear from the Constitution, that it’s “a dangerous archaic word” to include.

To justify the deletion of “race” from the Constitution, the commission’s proposed amendment explains: “the term ‘race’ was introduced in the Constitution of 1946, after Nazism, to indicate that all races were equal so as to end discrimination and to reject racist theories. However, the persistence of its mention is now misunderstood, going against the original intention.” Most explicitly, “the word ‘race’ should disappear from our Constitution.”

Deputies have gone to work defending (or denouncing) the proposed amendment. “To say that the Republic ensures equality before the law without distinction of race would mean that there are several [races],” explained the head of the LRM deputies, Richard Ferrand, who worked on the amendment. According to the commission, race doesn’t exist, continued Ferrand, so the disappearance of the word from the Constitution “could therefore be justified.” Other deputies who worked on the amendment assured that the word’s deletion would not weaken legal fights against racism.

Seeing as the deputies are saying that protections against racism won’t diminish, it seems that they believe racism exists, which leads to the question, how does racism exist but not race? Why is the word race being targeted even though racism persists?

It’s “the search for the lowest common denominator, which could only lead to the criminalization of a word, that of ‘race,'” explains Philosopher and historian Pierre-André Taguieff, who spoke with L’Express. He argues that French politicians have long disagreed about how to fight racism, without ever making a concrete plan for combatting it. “It is certainly the easiest anti-racist consensus to establish: choose a word with negative connotations, treat it as an emissary victim and call for its elimination.” In short, fighting the word “race” has become a scapegoat for actually fighting “racism.”

Removing a word doesn’t remove the thing it represents. The way the French understand race is through the lens of history with the Nazi’s understanding of race fresh in their minds, so eliminating the word race, it is “an act of preventive magic, which assumes that evil can return only in the form in which it existed in the past, with its same racist language and racial doctrines,” says Taguieff. “Mechanical anti-Nazism remains the dominant force behind commemorative anti-racism.”

The bill has the support of several key political groups. Even if only LRM members fall in line behind Richard Ferrand, the bill will pass.

Finally, though the amended article ensure equality to all citizens regardless of gender, ironically, members of the commission reviewing the Constitution shot down a proposal to feminize official titles (e.g., women could be called “Madame la Ministre” instead of “Madame le Ministre”).

Maybe the male legislators will have a different response if the bill guaranteeing equal protection for the sexes passes.