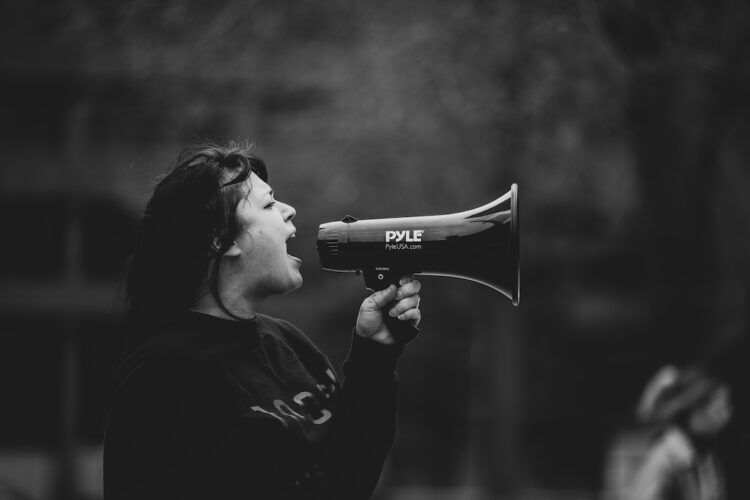 In May of this year, France joined a worldwide wave of alarm when a draft decision of the US Supreme Court was leaked, signaling the conservative justices’ intent to overturn Roe v. Wade, which, for fifty years, guaranteed the right to abortion in America. Several commentators linked this news to the recent hit French film Happening, which dramatized one woman’s search, in the mid-1960s, for an abortion. A deliberately claustrophobic and grisly slice of history, it reminded audiences how recent and relevant the fight for abortion rights still is today.

Back in May, when I first wrote about the imminent demise of Roe v. Wade, this decision was still in the draft stage, and there seemed to be space for confusion, for hope, for doubt. Those reactions have now turned to fury, disgust, and calls for action. 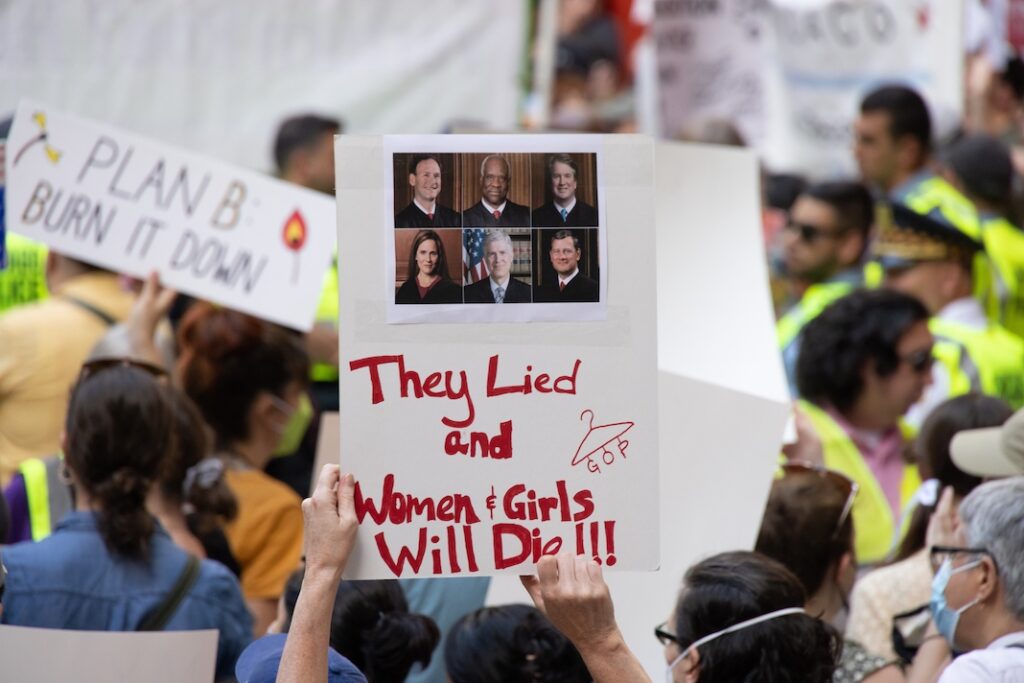 Last Friday’s 6-3 ruling, in the case of Dobbs vs Jackson Women’s Health Organization, that there is no federal right to abortion, was not a surprise. It was, nonetheless, a visceral shock. In deciding that abortion laws were up to the states, the decision not only spelled an immediate or looming end to reproductive healthcare for millions of people across fourteen states, but showed how far the court was willing to go to roll back rights that Americans have come to take for granted. If Justice Clarence Thomas is to be believed, access to contraception, and the freedom to pursue same-sex relationships and marriage will be next.

In Paris, several hundred people gathered on the Place de la République to demonstrate solidarity with Americans reeling from the decision. Handwritten signs in English and French expressed solidarity with American women and read “Avortons la Cour Supreme” – let’s abort the Supreme Court – and “Notre corps nous appartient!” – our bodies belong to us. And Saturday’s Pride celebrations in the city became an opportunity for a more political edge than the event has seen in recent years, as marchers and partiers emphasized the entwined causes of women’s and LGBTQ+ rights. 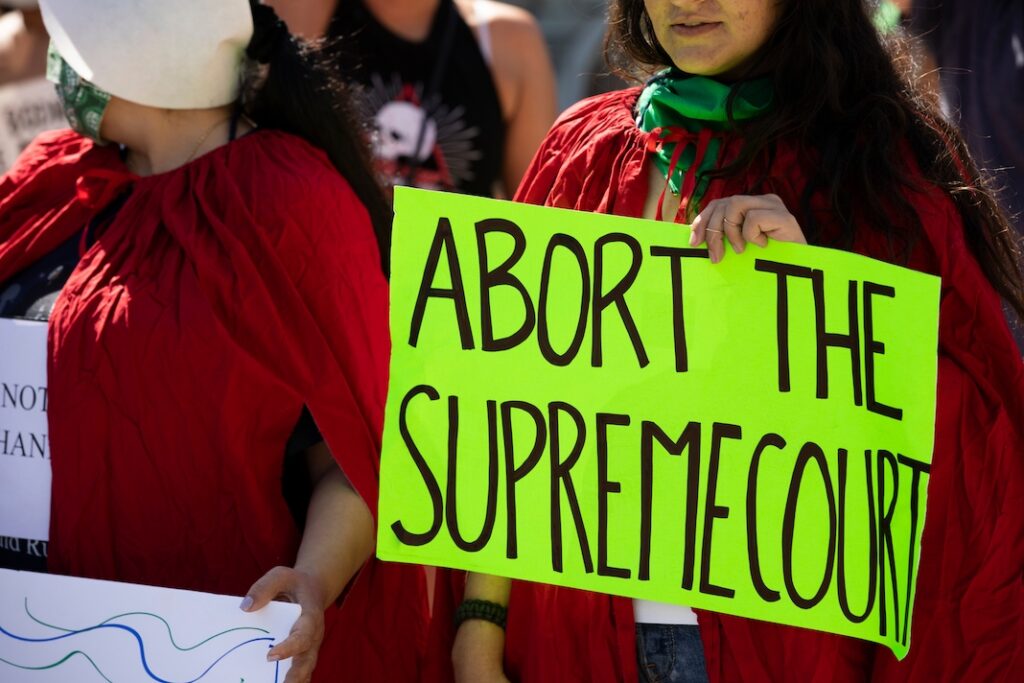 Leading French politicians responded quickly to the court ruling. President Emmanuel Macron declared that abortion is “a fundamental right for all women” that must be protected, and expressed solidarity “with all those women whose freedoms have today been compromised by the U.S. Supreme Court.”Anne Hidalgo, the mayor of Paris, wrote on Twitter that “This decision is dramatic for women. This is what happens when the worst conservatism gangrenes the mind.” Echoing a point that many feminists and LGBTQ+ activists had been making since the initial leak of the court decision, she quoted Simone de Beauvoir’s assertion that “les droits des femmes ne sont jamais acquis,” that the rights of women are always precarious, and need to be continuously fought for. Accordingly, she vowed, “we will never stop fighting to guarantee the freedom of all women to dispose of their bodies.”

This decision is dramatic for women. This is what happens when the worst conservatism gangrenes the minds. No right is ever taken for granted, we will never stop fighting to guarantee the freedom of all women to dispose of their bodies.#RoeVsWade

In order to assure that freedom, the French government on Saturday proposed new legislation that would enshrine abortion access as a right in the country’s constitution. Aurore Berge, the parliamentary leader of Macron’s party, reiterated the urgency in an interview with France Inter radio, again referencing de Beavoir: “Women’s rights are always fragile rights that are regularly threatened.” Elisabeth Borne, the newly appointed French prime minister, voiced her support for the bill, writing on Twitter that, “For all women, for human rights, we must engrave this acquired right in stone.” She urged parliament to “rally very strongly around this bill.”

The Supreme Court’s overreach on Roe v. Wade goes against the wishes of a clear majority of the American population, and proves that the issue of abortion remains urgent. The best hope for abortion-rights activists around the world now may be that the American ruling is a wake-up call and that after decades of compromise it is time to finally stand up to the extremists and codify women’s rights into the constitution.

Joanna Scutts is the author of Hotbed: Bohemian Greenwich Village and the Secret Club that Sparked Modern Feminism (out this month from Seal Press) and The Extra Woman: How Marjorie Hillis Led a Generation of Women to Live Alone and Like It.