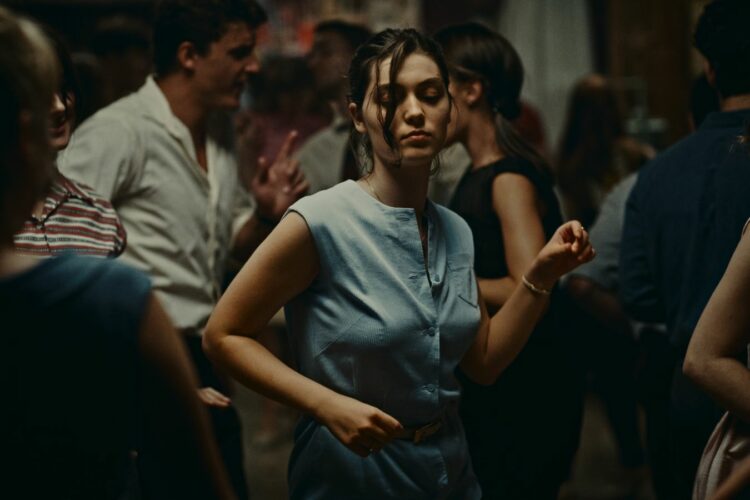 Spotlight on Happening, a Film about a Woman with an Unwanted Pregnancy in 1963 France

This piece was originally published following the film’s screening at the Sundance Film Festival in January of 2022. IFC Films is releasing Happening in theaters this Friday, May 6, 2022. Given the conversation currently surrounding the imminent threat to Roe v. Wade, Frenchly thinks it’s worth a second look. Happening went on to win the César Award for Most Promising Actress among other accolades. 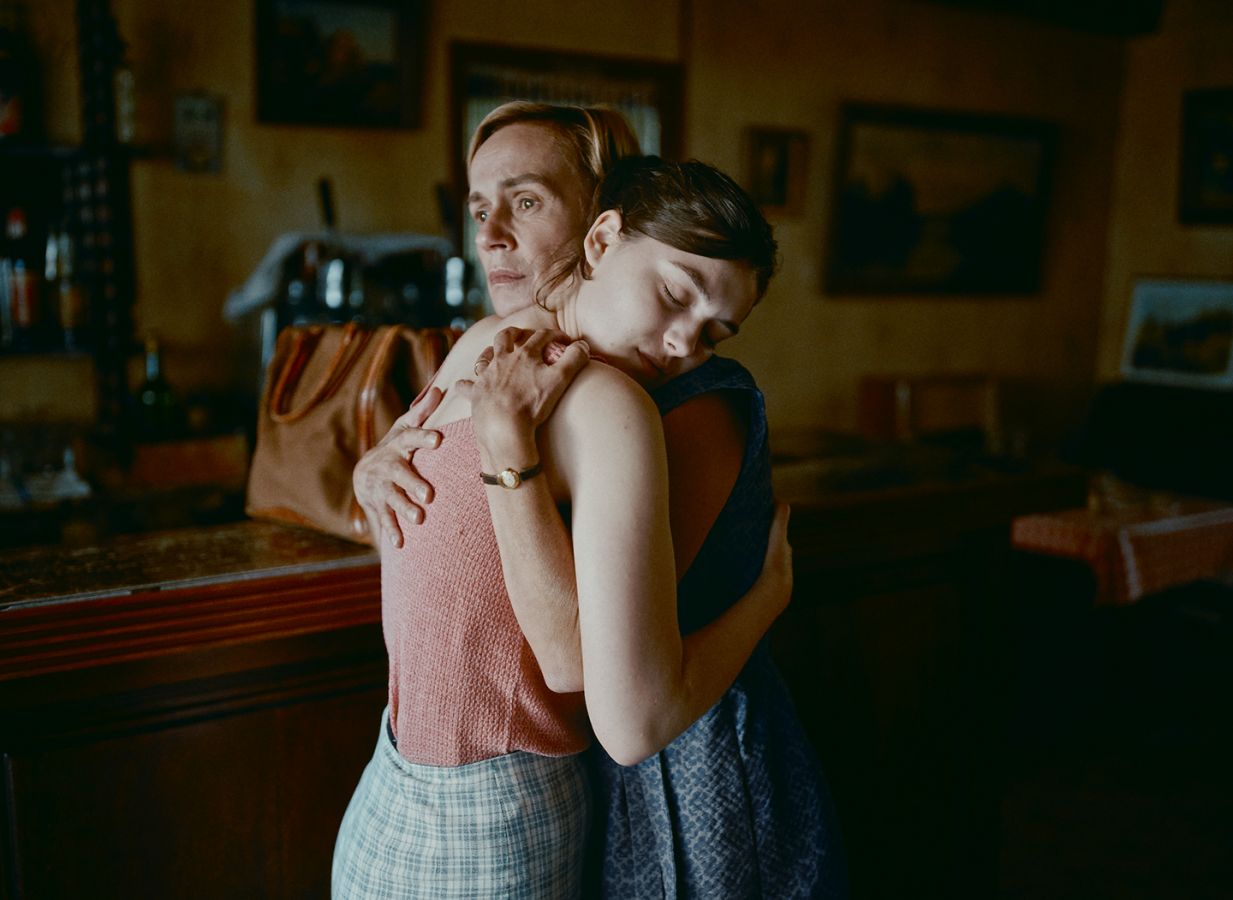 Director Audrey Diwan had recently had an abortion herself when she read French author, Annie Ernaux’s, memoir, Happening. Published in French in 2000, the book recounts Ernaux’s frantic attempts to terminate a pregnancy when she was a college student in 1963, before abortion was legal in France. While Diwan had simply booked a routine medical procedure, Ernaux’s experience was so traumatic, it took her forty years to find the courage to sit down and write the book.

As a screenwriter and director, Diwan was inspired to adapt Happening for screen. She envisioned a film that would force the audience to feel what it was like to be this young woman who had a life growing inside her against her will, feeling as if her body had betrayed her, had, in fact, become a  weapon that would destroy her dreams, her education, a future open with possibility.

In Diwan’s film, which won the Golden Lion, the top prize at the Venice Film Festival, where it premiered, a vibrant, sexual, determined, young woman’s body is transformed into a ticking time bomb. Chapters in the film are announced with stark, chronological titles: Three Weeks. Four Weeks. Five Weeks. The protagonist, Anne (Anamaria Vartolomei), is a focused, uncompromising student of literature. When she learns she is pregnant, she turns first to her doctor, explaining poetically that she has “the illness that turns women into housewives.” Defensive, she tells him she’d like to have a child one day—“but not instead of a life.” Her doctor, who is not unsympathetic, reminds her that, “the law is unsparing. Anyone who helps you can end up in jail.”

When Anne finally confides in her closest girlfriends, one responds, “It’s not our business,” making it clear she that has no intention of risking prison to help a friend. Everywhere Anne turns, desperate for help, she is told, “Accept it. You have no choice.” 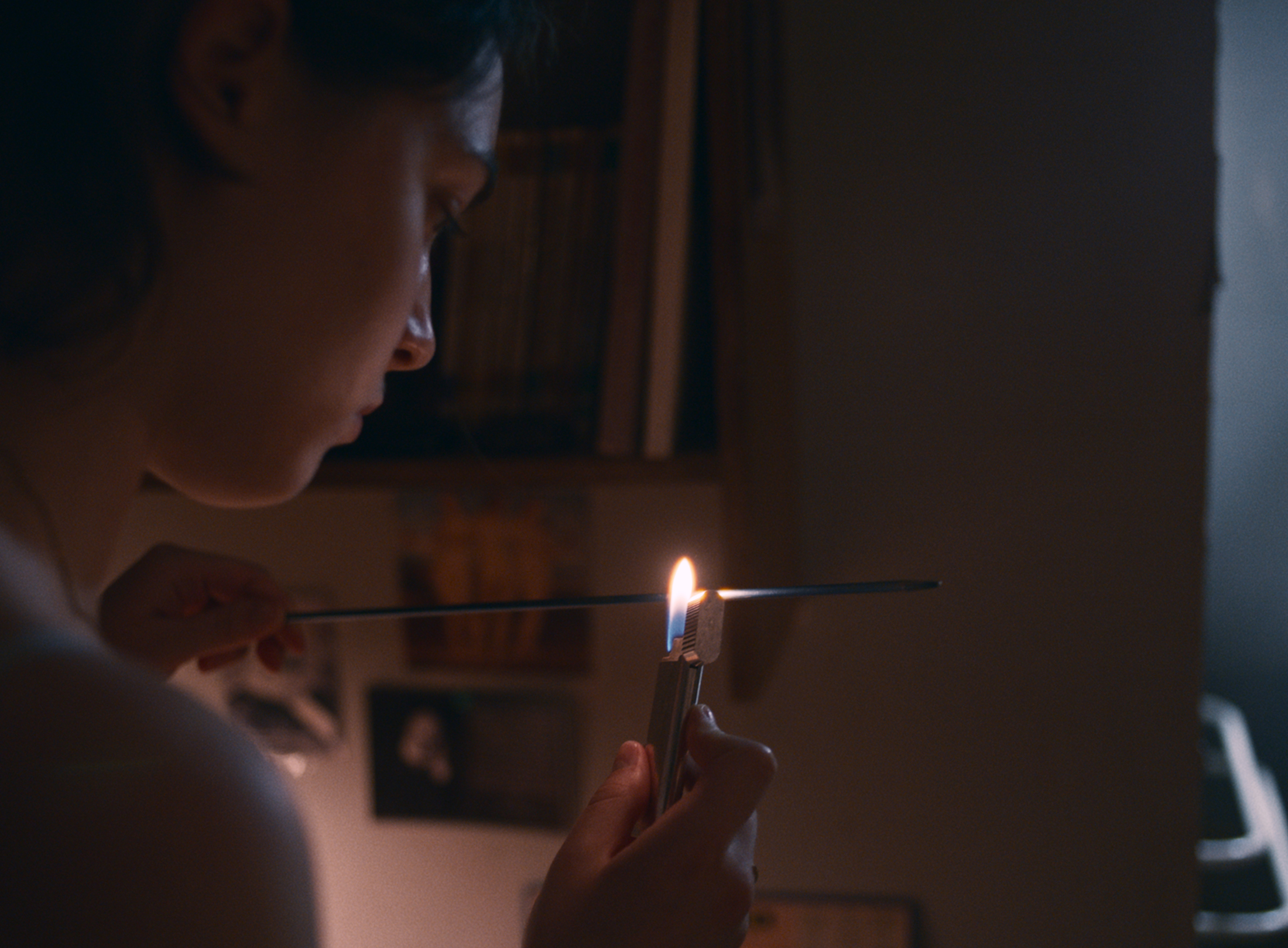 With director of photography Laurent Tangy, Diwan has made a film in which the camera rarely leaves her protagonist. It stays so tightly bound to her, the audience lives every moment from Anne’s point of view. We’re so close, so immersed in her experience, we almost feel what it’s like to be inside of her body. And that’s the point. We only see what she sees, feel what she feels, hear her heart beating, her breath running ragged with panic and exasperation.

When Happening screened last month in the Spotlight section of the Sundance Film Festival, in a Q&A afterward, Diwan said, “You’re in her attention. She’s tense. We’re tense…When she goes to the woman, the person who’s going to help her with the medical process, I wanted [the audience] to be that girl walking into that small apartment not knowing what’s on the other side of the door…not knowing if she’d live or die or go to jail.”

Being so tightly wrapped up in Anne’s determination, frustration, and despair makes the film a harrowing experience, even excruciating at times. In a scene where Anne attempts to terminate the pregnancy on her own with what looks like a knitting needle, we see nothing of the actual procedure. We only hear the sounds of the needle touching the floor and see Anne’s face, and yet Diwan says in screenings people have fainted during the scene—men have fainted.

Diwan isn’t the only filmmaker digging into illegal abortion at this moment when abortion protections are being rolled back in the U.S. At Sundance, two films told the story of the Jane Collective, an underground network of women that provided more than 11,000 safe, affordable abortions in Chicago from 1968-1973: Tia Lessin and Emma Pildes’ moving and informative documentary, The Janes, at this historical moment feels like a call to action. The other, a fictionalized version of the same story, Call Jane, is directed by Phyllis Nagy and stars Elizabeth Banks and Sigourney Weaver.

Happening—as chilling and emotional as it is timely—has clearly hit a nerve. In addition to winning the Golden Lion at Venice, Diwan won the Berlinale 2022 Shooting Star award and was recently nominated for a BAFTA award for Director (along with fellow French director Julia Ducournau for Titane). The film was also nominated for four César awards, for Best Film, Best Director, Best Adapted Screenplay and Best Female Newcomer. IFC Films will release the film in the U.S. in May of this year. At Sundance, Diwan said she was thankful for the accolades and awards for bringing attention to a film that will enable her to make her next. This one, she admits, was hard to make. “I know it’s not easy. I know it’s intense. I know I’m asking a lot of the audience.”

But it’s worth it. Happening isn’t just about abortion. The film—like the abortion conversation itself—is about freedom and a woman’s right to make decisions about her own body. It is the story of a girl who wants to have sexual pleasure, as well as an education and career. She doesn’t want to choose between sexual freedom and a life of the mind. She wants both. Over the course of the film, Anne discovers—or admits to herself—that she wants to be a writer. In this story about a young woman bucking against her body, judgmental classmates, doctors, and institutions that proclaim to know what’s good for her, she declares loudly and boldly that she has the right to decide what she does with her body. She has the right to choose.