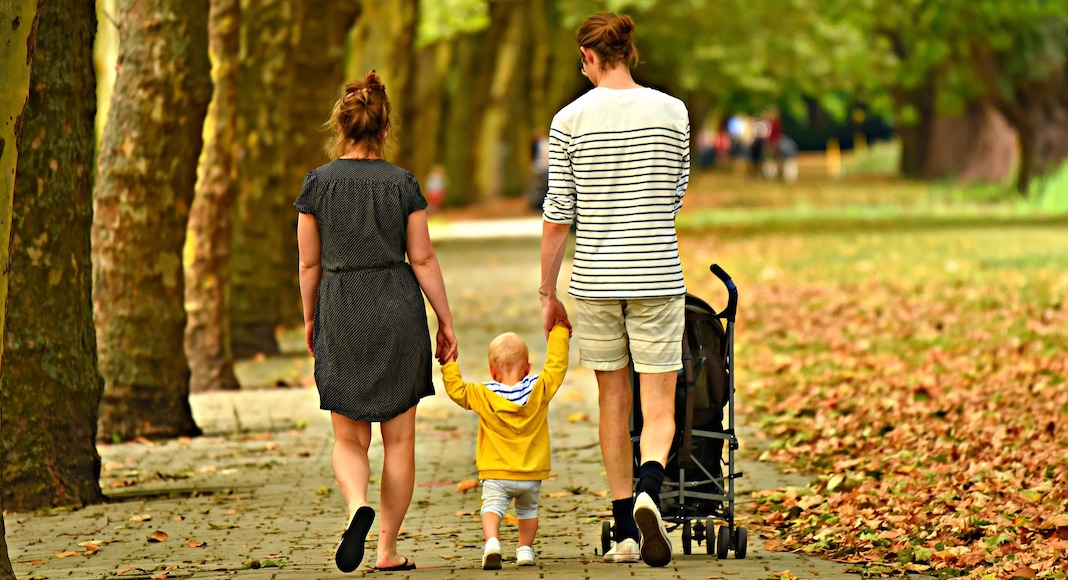 In France, generations X and Y are putting baby carriage before marriage. 60 years ago, conceiving out of wedlock would have been stigmatized. Now, it’s becoming the norm…and it’s got this American thinking it might not be such a bad idea…

Blame May 1968. Over the last five decades, a seismic cultural shift has been underway in France: more and more young French couples are ditching weddings rings for doudous and pacifiers. As family has become increasingly defined by its functions rather than a legal or religious structure, the institution of marriage has fallen out of favor in l’hexagone. The result? In 2012, around 57% of French babies were born to unmarried women, according to the OECD. (That same year, 40% of babies in the US were born to unmarried women.)

For the single American girl in France, this means one thing, and one thing only: get comfy with the idea that you could be friends, lovers, or even parents with that sultry Frenchman en train de te dévorer des yeux from across the table, but perhaps never his wife.

How did this revolution of moeurs come about in such a traditionally Catholic country? For the same reasons as the French revolution, but specifically about marriage: the institution of marriage became tightly associated with traditional values that could, for many, not contend with the social and sexual liberties won in a post-1968 world.

The rise in children born to unwed couples might also be attributed to the creation of the PACS (pacte civile de solidarité), or civil union, in 1999. More likely, however, it is a shift in attitude. Quite simply, generations X et Y see children as more of a commitment to a relationship than a marriage. Even if you and your partner go your separate ways, you cannot escape one another’s lives. Once a child is born, she remains a binding force. You will see your ex at dance recitals, coordinate nanny care and school pick up, or even share doctor duty… and that, my friends, is indeed a serious commitment.

This explains why it is of utmost importance to the French that one’s baby mama or baby daddy be not only spectacular parental material, but also someone with whom one can remain friends, no matter what. And in large part, most French couples that have parted ways and have children are still great friends and co-parents. The French approach to relationships is more realistic than romantic: not everyone is meant to be with the same person their entire lives. This is especially true in the 21st century as women around the world, including French women, pursue more education and gain momentum in the workforce. Marriage can take a backseat, and kids sometimes happen along the way.

The longer I’ve stayed in France, the more comfortable I’ve become with the idea that I just might not be with the father of my children my entire life. This remains theoretical, because I’m not currently dating anyone. Yet, the sheer principle of it isn’t so far-fetched anymore. In the US, we get married at nearly twice the rate that French people do, but divorce rates in France are higher, hovering at around 55%. (In the States, they sit at 53%.) And intercultural couples (should I someday wrangle a Frenchie) don’t have it any easier. Cross-border marriages represent 20% of all newlywed couples in France, yet studies suggest that intercultural marriages have higher divorce rates than same-culture couples. The point is this: from a purely pragmatic point of view, being lovers, then parents, and forever friends doesn’t seem like such a crazy thing.

I’ve become so comfy with this idea, in fact, that on a trip to Chicago not long ago to meet up with my parents, I happened to mention the possibility of being friends with an ex/co-parent over deep-dish pizza (Lou Malnati’s for the win). My parents certainly had that idea as well. “We tried,” they laughed. “Doesn’t work.” My mom married my stepdad when I was 11. Call it generational difference, call it cultural difference. I’m not only a millennial, I’m an assimilated French woman now. Call it whatever you want, but America, I assure you, when it comes to revolutions, your views on marriage might just be next.

So, mes chers Américains, make sure you can be friends with your French lover if you plan on having kids with him or her. Save time, money, and even a little bit of heartache. Do what the French do and make marriage a joyful celebration of coupledom after a successful stint of 15 to 20 years and a handful of kids together.

Parenthood is only the beginning.