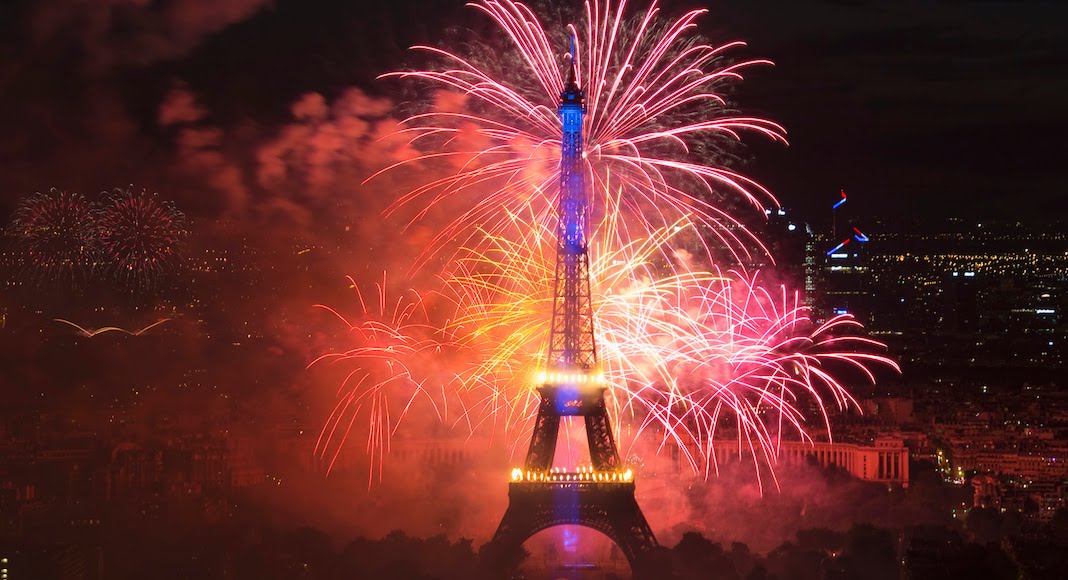 On July 14th, more than 50 cities in the United States will celebrate France’s national holiday, Bastille Day. But there’s no such thing as Bastille Day in France. Why not? Because in France, July 14th is simply known as la fête du 14-juillet (the July 14th holiday) or more officially, la fête nationale (the National Holiday).

Okay, okay. But like Shakespeare said, “What’s in a name?” A lot, actually.

France’s national holiday isn’t named after the storming of the Bastille during the French Revolution because the holiday isn’t really about that event. Several different dates were considered in 1880 to serve as the national holiday, including August 4th, the day on which the feudal system was abolished. July 14th eventually won out because it was the day of la Fête de la Fédération, a joyous celebration in 1790 that honored the new government and commemorated the one year anniversary of the storming of the Bastille (a prison where Louis XVI jailed citizens for speaking out against the government). By the transitive property, la fête du 14-juillet does celebrate this bloody and symbolic victory during the French Revolution, but the holiday is mostly about national pride: the tricolor bleu-blanc-rouge flag, France’s national anthem La Marseillaise, and the values liberté, fraternité, and égalité are much more important to this holiday than the storming of the Bastille.

La fête du 14-juillet is celebrated in France with food, dancing, music, and of course, fireworks. By far the biggest tradition of this holiday celebrating national pride is an extravagant military parade that takes place in Paris each July 14th, which is both the largest and oldest (since 1880) regularly held military parade in Europe.

So if American celebrations have more to do with French music and food than honoring French Republic or remembering the storming of the Bastille, why call it Bastille Day instead of, say, France’s National Holiday?

Because focusing on the storming of the Bastille makes France’s national holiday more of an “Independence Day.” With the exception of the UK and Denmark, most countries in the world have a national holiday that celebrates the country’s founding. Most of these countries have an Independence Day, since a huge part of the world was colonized by European powers between the 16th and 20th centuries. A smaller portion of the world—France included—celebrates “revolution days” commemorating a fairly recent and significant political change. The storming of the Bastille during the French Revolution embodies the same themes—freedom, democracy, the people vs. a tyrant—that are present in many other nations’ independence narratives.

So if you happen to run into any French natives this year during your July 14th celebrations, don’t wish them a “Happy Bastille Day”—chances are you’ll be met with the same reaction as if someone wished you a “Happy Declaration of Independence Day” on July 4th.