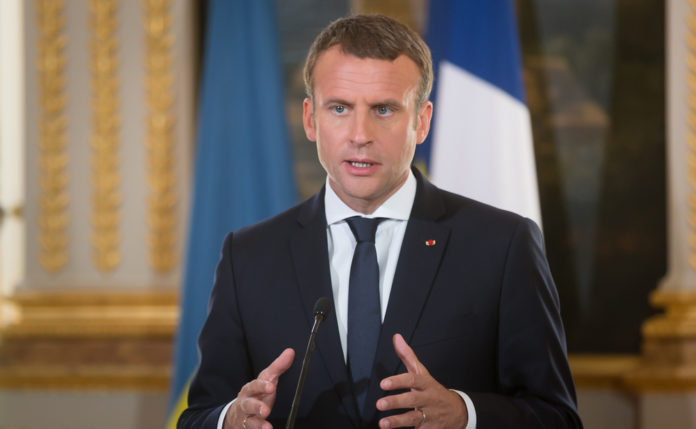 Starting Monday, March 16, nurseries, schools, and universities across France will be closed, announced French President Emmanuel Macron. He was speaking in a televised address to the nation on Thursday, March 12, sharing the action plan of the French government to fight coronavirus (COVID-19).

“I want to be very clear with you tonight,” the President said. “We are only at the beginning of the epidemic.”

In recent days, the number of COVID-19 cases has been quickly increasing in France, reaching 2,876 by the end of the day on March 12, up 595 cases from the previous day. The country has the sixth-most cases and six-most deaths in the world; Thirteen of France’s 61 total deaths came between Wednesday and Thursday night.

France’s death toll may seem small when considering the global death toll, but when compared to the country closest in number of deaths, South Korea, the picture becomes much more concerning: South Korea has almost three times as many cases as France (7,869, according to most recently available data) but only five more deaths (66) than France.

“Despite our efforts, the virus continues to spread and quicken,” acknowledged Macron, who called COVID-19 “one of the most serious health crises France has ever faced.”

The president’s plan to address the virus is multi-pronged, addressing concerns related to health and the economy, though “the absolute priority of our nation should be our health,” Macron explained.

In his address, the president repeatedly emphasized the importance of protecting the vulnerable, for which the strategy is simple: the vulnerable should stay home, and no one should interact with them.

“Tonight I ask all people over 70 years old, people with chronic or respiratory illnesses, and people with disabilities to stay in their homes as much as possible,” said Macron. “Go out to do your shopping, but limit going out as much as possible.” He also urged people not to visit the elderly. “It’s heartbreaking,” he acknowledged, before suggesting that people write letters or call instead.

This request echos one happening in the United States. “We are encouraging all people, including family members and loved ones, to not visit nursing homes and assisted living facilities,” American Health Care Association President Mark Parkinson said Tuesday. Data has shown that the older you are, the more at risk you are of becoming seriously ill from COVID-19.

To minimize the spread of the virus, Macron implored all French people  to “limit their movement to what’s strictly necessary.” Public transportation won’t be closed as a way to discourage movement, “because to stop it would be to stop everything, including the possibility of treatment.”

He encouraged people to wash their hands and use hand sanitizer. Greet each without doing la bise or shaking hands. Stay a meter apart. “These things can seem anodyne, but they save lives,” Macron insisted.

Educational facilities have been closed to support these efforts, since scientists believe, relayed Macron, that children are among the biggest spreaders of COVID-19, even if they don’t seem to be affected by it.

Unlike the Mayor of New York, Bill de Blasio, who urged citizens to work from home, Macron spoke directly to companies, asking them to let employees telework. “The state will bear the financial burden of the people who have to stay home,” Macron said, before announcing what he said would be “exceptional measures” to help businesses cope with any financial losses due to the stay-home strategy, including deferred payments of charges and taxes. He said that Europe was ready to “react in a massive, organized way to protect its economy.”

He acknowledged the “suffering” the hoteling, restaurant, tourism, and airline industries, among others, are already experiencing. “We won’t add fear of bankruptcy and unemployment to the health crisis,” he said. “We’re taking all measures possible to execute this economic guarantee.”

Macron noted that the Central Bank took action earlier in the day, and would likely continue to take action as the situation evolved. (On Thursday, the Paris Stock Exchange tumbled over 12 percent, the biggest drop in its history.)

Throughout his address, Macron made calls for unity among European leaders. “I appeal to the responsibility of the G7. Starting tomorrow, I will exchange with President Trump to discuss measures with the G7 since he is the president [of the G7],” said Macron. He didn’t mention President Donald Trump’s Schengen Area 30-day travel ban, announced Wednesday, March 11 without warning to the EU, but his feelings about the ban were clear nonetheless: “This virus doesn’t have a passport. We need to stand together, we need to gather forces, we need to cooperate.”

That said, though he remarked that COVID-19 “has no borders,” he also assured that border closures would happen if necessary and would be decided “at the European level.”

The repeated mentions of European leadership and calls for unity align with Macron’s general pro-EU stance. “European cooperation is essential,” he declared. “It’s not division that lets us respond to a global crisis, but it’s a capacity to look at a situation quickly together and react as one.”

Toward the end of his address, Macron acknowledged that there will be people who say that the protective measures go top far, and people who say they don’t go far enough. “The government will use all the financial means necessary to save lives, whatever the cost,” Macron reassured.

Macron’s strategy rests heavily on the French people to actually follow his directions of staying home and staying apart. “I’m counting on all of you to put the nation first,” he implored, repeating his push to keep the French at home, at a distance from each other, and away from the vulnerable. “Everyone has a role to play. I’m counting on you to respect the instructions given by the authorities,” he stated.

There is, however, one exception to staying home: democracy. The President announced that the first round of municipal elections will proceed, and voters should go to the ballot boxes this Sunday, March 15. “There is nothing to suggest the French shouldn’t go to the polls.”