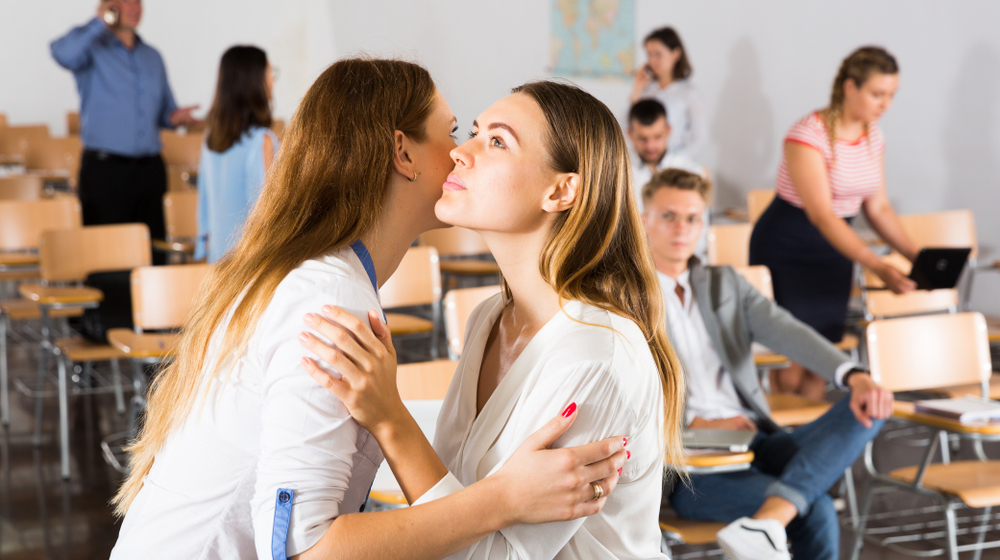 La bise, France’s favorite greeting, never ceases to confound visitors. So what does la bise entail, and why are we doing it at all?

While “bise” translates to “kiss”, it’s not actually a kiss. That means no lip-to-cheek contact, but rather a light grazing of the cheeks. That distinctly French reservedness separates it from, say, “il bacetto” the expressive Italian cheek-kiss.

Unlike handshakes, it’s not optional. If you can’t reach someone to shake their hand you might just wave and say “hi” instead. La bise is very much not optional. When one enters a soirée or meets their friends, everybody in the group gets la bise. I have seen French people literally rearrange tables in a restaurant in order to get their cheeks to the people they need to faire la bise with.

Most importantly, it’s not changeable. While American handshakes devolve into bro-hugs, fist-pounds, or claps on the shoulder, la bise only has one true form. There may be regional variations, like which cheek to start with (I always just follow the lead of the Frenchie) and how many kisses (most places do two, though it varies by department), but there’s really only one way to do it: lean in slightly, touch the other person’s cheek with your cheek, and make a light kissing sound with your lips, then do the other cheek.

La bise seems simple, but it can get complicated. Talking while faire-ing la bise requires the mental and physical agility necessary to say your name, remember someone else’s, ask “ça va ?”, and respond in kind. As for the mouth sound, it’s not “mwuah, mwuah” (you will be laughed at). The sound should come from your lips, not your voice. You will embarrass yourself at first, but practice makes perfect.

“It’s first and foremost a sign of equality: you’re face to face with someone,” explains French author and philosopher Gérald Cahen. A kiss on the forehead symbolizes a certain superiority or condescension, but cheeks are on the same plane. Making contact with someone’s cheeks breaks down boundaries because it’s so personal. Once you faire la bise with someone, there’s no going back to handshakes.

So how did the custom come about?

Kissing as a greeting goes back to the Romans, who had three different types of kisses: saevium, for romantic kisses; osculum, for religious or friendly kisses; et basium, for greetings, the final word making up the root of the modern French word for kiss “le baiser” (shortened to “la bise“). The Romans did basium to greet each other “with honesty and integrity” according to Xavier Fauche, author of Baiser, in a way that is similar to how the French greet each other today.

La bise in France was happening in the Middle Ages, though it wasn’t mandatory as a social greeting. When the Black Plague began, faire la bise immediately stopped. Some believe that la bise was revived after the 1789 French revolution, saying that la bise symbolized the exact constitutional maxim of liberty, equality, and fraternity written about in the Declaration of Rights of Man and Citizen.

According to a journalist in L’Express, la bise really gained steam in French culture after World War I, with kisses on the hand in high society, and on the cheek amongst the greater population. Over time, la bise became a cultural custom. “For our parents’ and grandparents’ generation, you didn’t faire la bise with another adult at the end of your first meal together. There’s been a democratization of kissing,” said Cahen. “Everyone is doing la bise with everyone.”