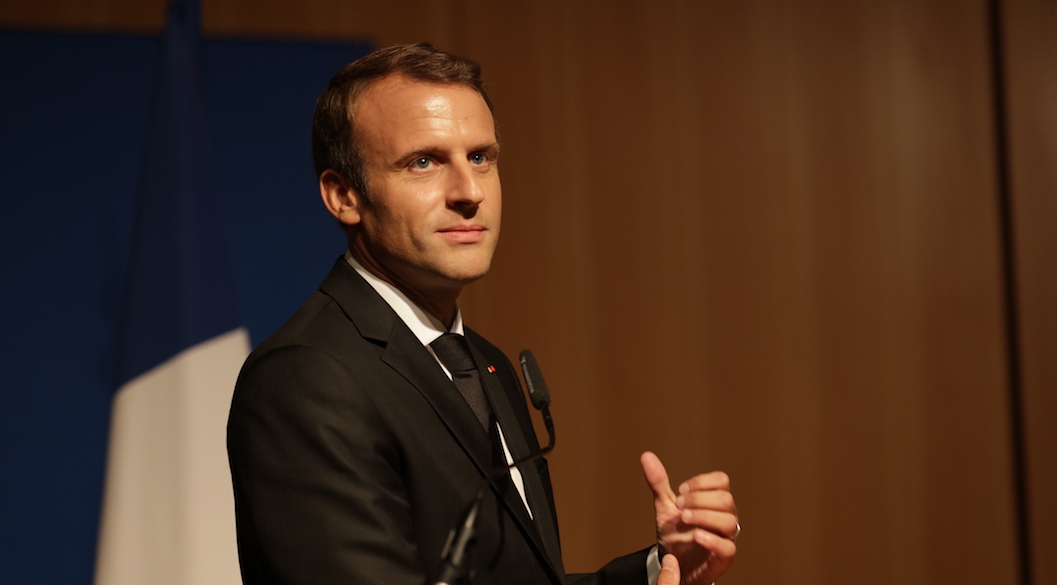 “You’re contributing to civilization,” he told them. Supporters of bilingual education couldn’t have dreamed of a more beautiful blessing. On Wednesday, French President Emmanuel Macron officially launched a “bilingual education fund” to support French-English programs in American public schools. He inaugurated the fund in the presence of artist Patti Smith, who is currently performing a series of concerts in New York and promoting her new book, and Minister of Education Jean-Michel Blanquer, at a brief ceremony at the CUNY Graduate Center.

“If cosmopolitanism makes sense, it is through multilinguisme, and not through the domination of one language over the other, which will result, in a way, in blending many imaginations into one imagination,” explained the president, philosophizing freely throughout his speech.

The promotion of this new bilingual fund echoes Macron’s promise as a candidate to restart the bilingual classes in France, where students study two languages congruently beginning in 6th grade.

The fund, set up by the FACE Foundation and the Cultural Services of the French Embassy in the United States, is intended to help start new bilingual programs and strengthen existing ones. Bilingual education is experiencing a renewed interest and surge in popularity in the US in recent years, but has faced many problems in terms of limited funding and resources. Since 2005, the number of French-English bilingual programs has increased from 134 to “more than 150” today, according to the French Embassy.

$400,000 will be available in the fund annually for five years: $150,000 per year in grants awarded to schools who have made project funding requests; $70,000 in grants to help schools host language assistants from France (the call for these project applications will open at the end of October); and $180,000 in the form of grants for training bilingual teachers, a crucial aspect of the fund since finding qualified bilingual teachers has proven difficult.

Macron promised that France “will do everything possible to encourage” the initiative by facilitating “pedagogical exchanges” and the sharing of “teaching methods.” The money funding these initiatives don’t dip deeply into the French government’s budget. The $1.4 million raised to finance the fund comes mainly from large corporations, educational organizations, and generous donors such as Best Buy and its French CEO Hubert Joly, Chanel, and Whole Foods. The fundraising goal for 2017-2020 is $2 million. “I know that, through this fund, you’ll teach lots of children a language,” said Macron, addressing bilingual educators. “Language is the most personal, and strongest bond that can exist.”