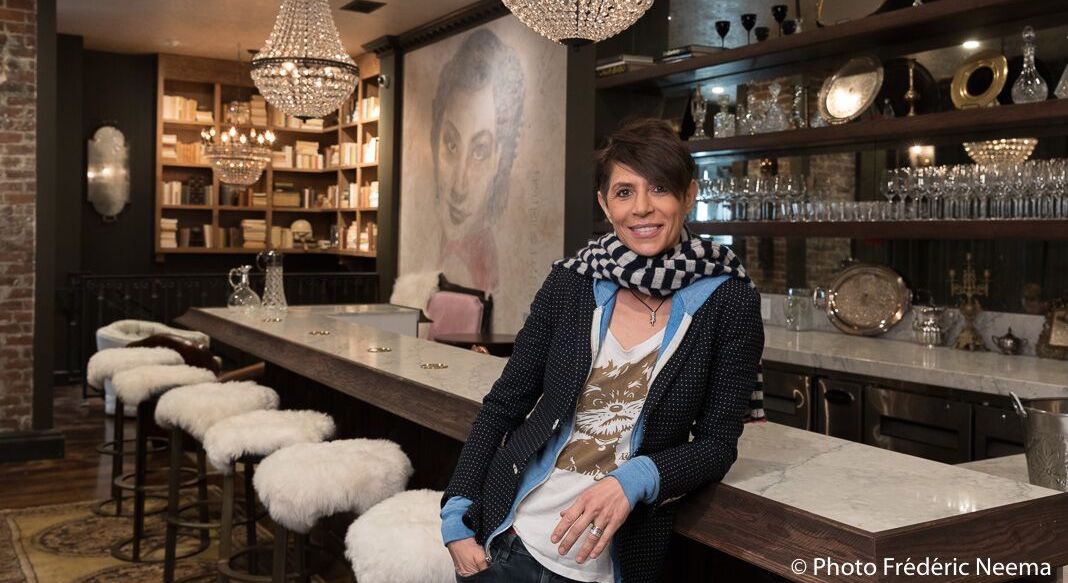 “Since the Michelin stars were announced, I haven’t had time to breathe. We were already very busy before, you can only imagine now!” The year 2018 was the year of Dominique Crenn’s recognition: on November 29, the Michelin guide awarded her Atelier Crenn restaurant a third star, while Bar Crenn, which opened in March, received its first star.

The chef became the first woman in the United States to receive three stars from the famous guide. “We knew Michelin was going to call us, so we got up very early, and we gathered all the teams to wait for the call. 9am, 10am, 11am… still nothing. Then at noon, the long-awaited ring finally sounded,” Crenn recalls.

The surprise the team felt came mainly from the Bar Crenn being awarded its first star, rather than Petit Crenn, her Hayes Valley restaurant, inspired by the Breton cuisine of her mother and grandmother, receiving its first star as she had been expecting. “Petit Crenn has been open since 2015, while Bar Crenn is only a few months old. Receiving such recognition the first year, everything went so fast!”

With barely enough time to recover, 2019 has already emerged as a new year full of projects for the Breton expat in San Francisco, who has been there nearly thirty years. On February 2 she’ll participate in the Night of Philosophy and Ideas, an evening of conferences and discussions organized for the first time in San Francisco around the theme of the city of the future. She is also working on her autobiography, scheduled for the spring. And her new project, Boutique Crenn, should open in September.

The rewards continue to come in, as Dominique Crenn will be awarded the title of Chevalier de l’Ordre du Mérite (Knight of the Order of Merit) before the Night of Philosophy and Ideas. She’s looking forward to this dual event, in particular because of the debates and discussions generated during the Night of Ideas. “You have to have these kinds of conversations and reach as many people as possible,” she emphasizes. “It’s good to disconnect from our screens, and take the time to talk to each other.”

This interest in exchanges, the defense of noble causes, and the desire to bring together people from different backgrounds are all reflected in her new project, Boutique Crenn. Located in the Salesforce Tower, this new concept, described by Crenn as “a place where you can find pastries and to-go food, art and fashion,” will also aim to raise awareness of the world around us and, in particular, respect for the environment. “My goal is to encourage people to reduce their waste, to not use plastic, for example, by coming with their own coffee cups.”

The first woman in the United States to obtain two Michelin stars in 2014, and now three stars in 2018, Crenn wants to put her fame at the service of young people. “Women have not had rights for long; I hope to inspire more and more young girls to make their dreams come true. I receive many messages from young people all over the world telling me that they want to follow in my footsteps, that my success inspires them. So this voice I have, I want to make it heard for those who don’t have it.”