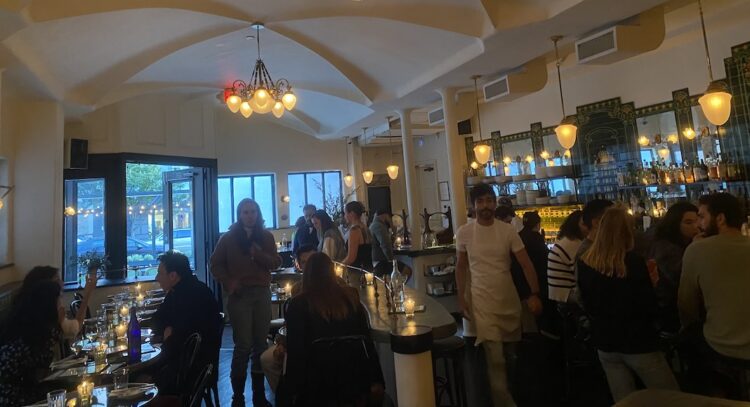 It’s a vibe economy and we’re just living it. It’s been a long few years, and as tensions rise with inflation, we’re finally approaching something like the Roaring Twenties we were promised. And no one gets the message quite like the folks over at Golden Age Hospitality, who have gifted us with two of our new favorite French going-out spots in NYC.

Le Dive looks like something straight out of The French Dispatch, with a yellow neon sign that seems designed to be shot on 35mm discontinued Kodak film from the 1980s. Like a lot of bars on the Lower East Side, the crowd is loose and loud, even on the rainy Tuesday I stopped in for dinner with a group of my ten closest friends. But the food is something else entirely; this is no regular bar fare. Don’t mess around with ordering à la carte—grab a gang of your foodiest copines and opt for the $45 group dining prix fixe. With nine dishes, the bang for your buck is a delightful surprise. Even the simplest items are of impeccable quality, starting with some of the best marinated olives I’ve ever eaten. There’s food that leans towards “traditional” French fare, like a simplified Tuna Niçoise, seared to perfection and fresh pink in the middle. A charcuterie plate is par for the course, as is an enormous Artichoke with Dijon Aioli. Everything comes with bread, as the French gods intended. Crowd favorites were the Mushroom Pâté, designed somehow to please haters of both pâté and mushrooms, and an unexpectedly spicy Steak Tartare, cooked just enough to not deter the tartarephobic. 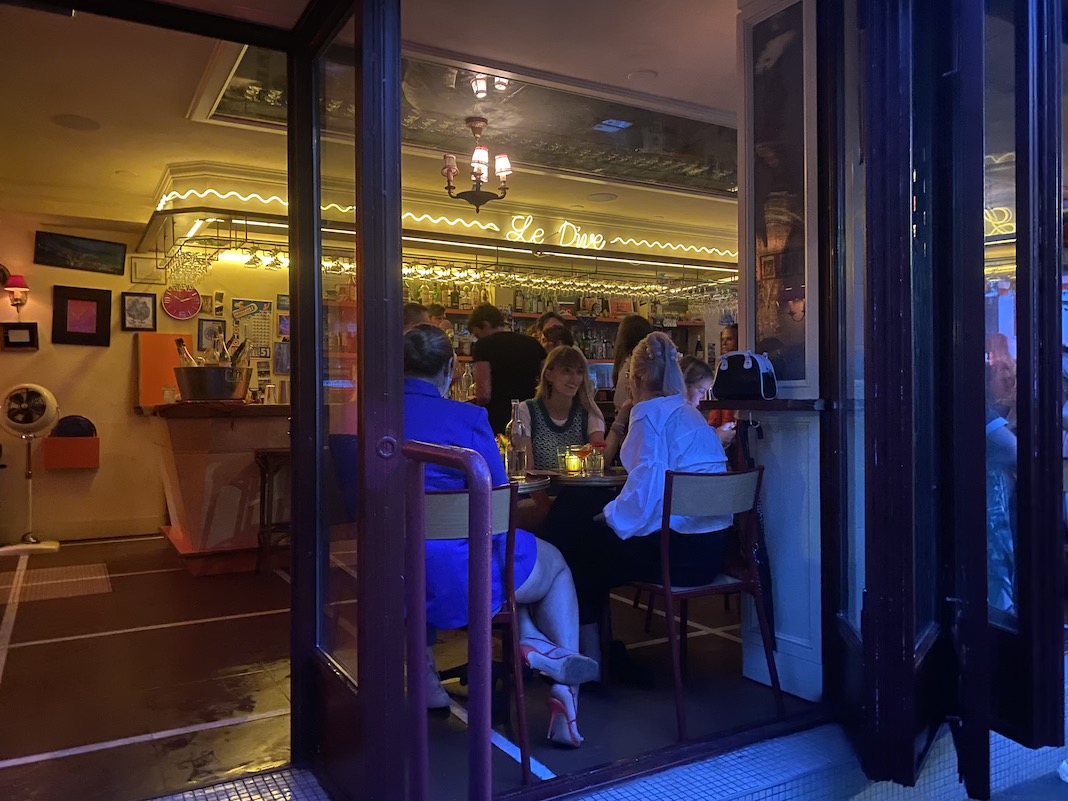 Le Dive is, officially speaking, a Tabac-inspired natty wine bar, so getting a bottle of red, white, or orange for the table is a no-brainer. But cocktail fans should try the Margarita Mezcal, a spicy, smoky, citrusy, yuzu-infused marg.

While Le Dive is all about the food, its sister across the river, Deux Chats, in Williamsburg, is all about the atmosphere. In the spirit of great Williamsburg cocktail bars like The Richardson or Hotel Delmano, Deux Chats feels luxe without feeling pretentious, the kind of place a newly-financially independent (but still in student debt) late-20s couple can have a cheeky dozen West Coast oysters on the East River. It looks like a kind of aspirational French bar that could never exist in real life, a sort of Parisian happy hour in heaven. The decor is art deco perfection in forest green and gold, with green-topped cafe tables, vintage light fixtures, and a lush barback mosaic that would make even Baz Luhrmann weep. The details are perfect, down to the marble hexagonal bathroom floor tiles and the mirrors faux-aged to look like unpolished silver. 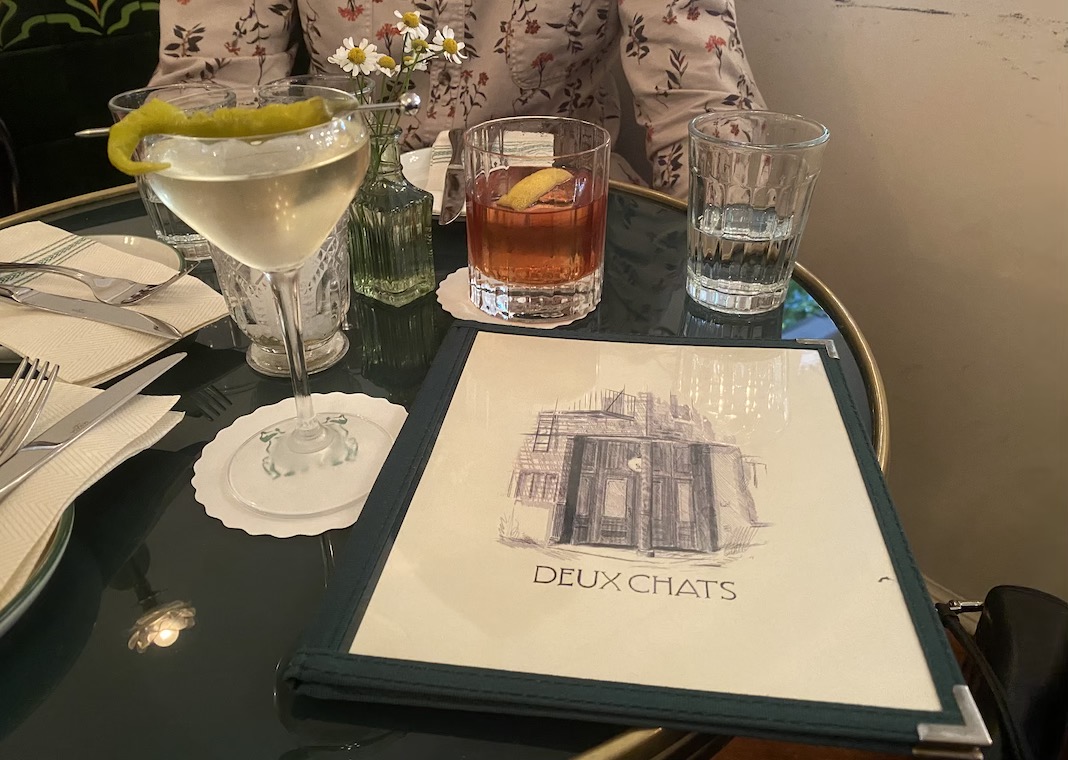 The 90s cocktail revival is in full swing, and Deux Chats is leaning all the way in with their claim that they serve “perfect martinis.” Well, I won’t fault them for that kind of confidence. The Deux Chats Martini, with gin, manzanilla, vermouth, and celery, might well be a perfect martini. The more popular runner-up, thanks to its spicy name and character, is the highly unorthodox Kinky Martini, made with spicy vodka, ancho reyes verde, vermouth, and cocchi americano.

Deux Chats, which means “Two Cats” in French, is a place for excess, as exemplified by its seafood focus. The Petit Plateau kicks off at $95, and the Grand Plateau, which comes with a whole lobster, various oysters, clams, shrimp, mussels, crudo, and tartare, will run your bill up $155. But to be honest, you can skip the seafood and mingle over a pre-dinner martini with an animated but respectful crowd in an atmosphere that manages to toe the perfect line between spacious and cozy.