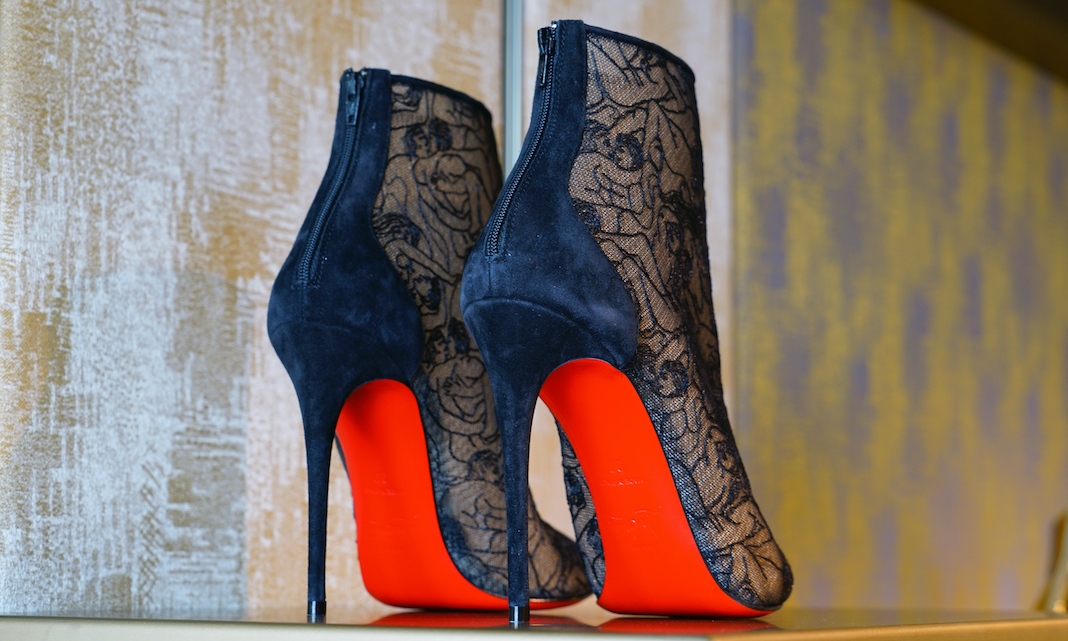 Christian Louboutin Shoes Receive Their Own Exhibit in Paris

The Palais de la Porte-Dorée, in Paris, will honor the career of Christian Louboutin through an ambitious artistic exhibit.

Rare are those whose name is instantly associated with a color. On the art side, one associates Yves Klein and blue, Pierre Soulages and black; in fashion, no designer is as closely associated with a color as Christian Louboutin and his brilliant red, more visible than any logo. You only have to see the Pantone 18.1663 TP reference under a shoe to attribute paternity to him. The shoemaker came up with the idea for the red bottom in 1992, one year after the launch of his brand. “At first, I wanted to offer a different colored sole every season, starting with green. But we couldn’t find a satisfactory shade. One day, in our factory in Italy, we were working on the winter 1993 collection. When I saw my assistant’s red nail polish, I had the idea of applying it on the sole of the ‘Pensée’ model, inspired by Andy Warhol’s ‘Flowers’ series. It immediately appealed to customers, even those who swore by black, and there were a lot of them in the 1990s!” recalls Louboutin. “So we decided to keep the Chinese-lacquer red, which became a mark of recognition. It is the feminine color par excellence, timeless, universal.”

Color deposited. More than a quarter of a century later, it can be said that the color belongs to him, especially since the bright red applied to the sole of a shoe is registered with the National Institute of Industrial Property (Inpi). “It is a case that has been the subject of much prevarication for several years. In 2012, French judges ruled that the red sole was devoid of distinctiveness, while the U.S. Federal Court of Appeals ruled the opposite in a dispute between the shoemaker and Yves Saint Laurent. But Louboutin is very active in defending his rights, and in 2018 the judges, both French and European, recognized the validity of the red sole as a trademark,” explains Vanessa Bouchara, an intellectual property lawyer.

Today, this color literally serves as a red throughline in the exhibition that Louboutin has called “L’Exhibition[niste].” It will be about shoes, but not just shoes: the designer has created impressive thematic installations, the result of his collaboration with La Casa del Vitrail and the Villareal goldsmith’s shop in Seville, as well as with American director David Lynch and Spanish choreographer Blanca Li. “I grew up in the 12th arrondissement and I frequented the Palais Porte-Dorée a lot, which opened my eyes to other cultures and civilizations. I wanted to recreate those childhood emotions by offering amazing things.”