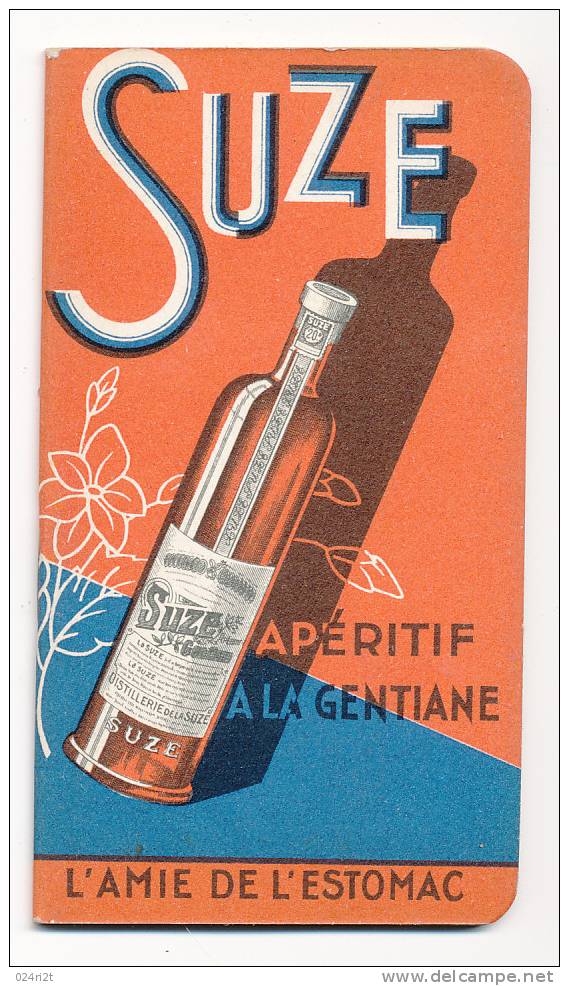 This week’s entry, Suze, is the second in French Morning English Edition’s series tracing the history, ingredients, and uses of French botanical bitters.

​Suze’s origins are about as gnarled as the root responsible for its existence. Born out of an idea for a “different” aperitif, partners Fernand Moureaux and Henri Porte teamed up to craft a drink that wouldn’t use wine as a base. Their initial product, called “Picotin”(not to be confused with Picon but likely related to picoler…), bore the perplexing slogan of “l’apéritif américain.” Indeed, they debuted Picotin at the Philadelphia World’s fair in the 1870s. Met with success, the mixture eventually turned up at the 1889 Paris Exposition, where it won a gold medal for quality and skyrocketed in popularity.

Having thus acquired fame and capital, Moureaux and Porte reportedly rebranded their product as Suze, named after Suzanne Jaspart – Moureaux’s sister in law – who sang the liquid’s praises following her first gulp. As such, the bottles proudly suggest Suze’s inception as the year 1889.

However this is not necessarily the entire story, for the tangled gentian root does not grow uniquely in France. Native to the Jura region, wild gentian also grows in Switzerland’s alpine regions along the Franco-Swiss border. An alternative story goes that a Swiss herbalist named Hans Kappeler derived the recipe for Suze, then christened “Or des Alpes,” and sold it at local markets with other eaux-de-vie. Sadly, a lack of financial success caused him to sell the rights to this golden liqueur, purportedly saying that “this aperitif will flow in France just as the river Suze flows at our feet.” Coincidence? It’s impossible to know for certain. Either way, Suze is now distrbuted by Pernod and is the 5th most popular aperitif in France.

Suze’s breakdown is surprising: composed primarily of aromatic botanicals, 50% of this beverage is distilled gentian, an ingredient which imparts a fresh, floral, and fleetingly bitter taste that lingers rather than burns the palate. Smartly labeled “l’amie de l’estomac,” the presence of gentian makes this concoction an excellent remedy for upset stomach. A second, perhaps serendipitous side effect? Increased salivation. Yes, Suze literally makes your mouth water.

With it’s sweet, earthy, and citrusy kick, Suze offers a great backbone to strong cocktails…though the French typically sip this aperitif over one ice cube, cut with a little water to diminish the bittersweet bite. It’s also an excellent addition to the traditional gin and tonic, pulling out the herbal elements of an already refreshing blend. For an even simpler approach, top it off with soda water on the rocks to stay cool in the summer months.

Thankfully, Suze is available for purchase within the United States and has been since 2012. Highly drinkable at 15% proof, the bright yellow elixir retails for around $30 and a little goes a long way. If you’d rather try before you buy, stop by Marta in Manhattan or the NoMad hotel for a couple of Suze infused cocktails: ask for a white negroni with Suze or pilot a custom creations, such as the Island Time.