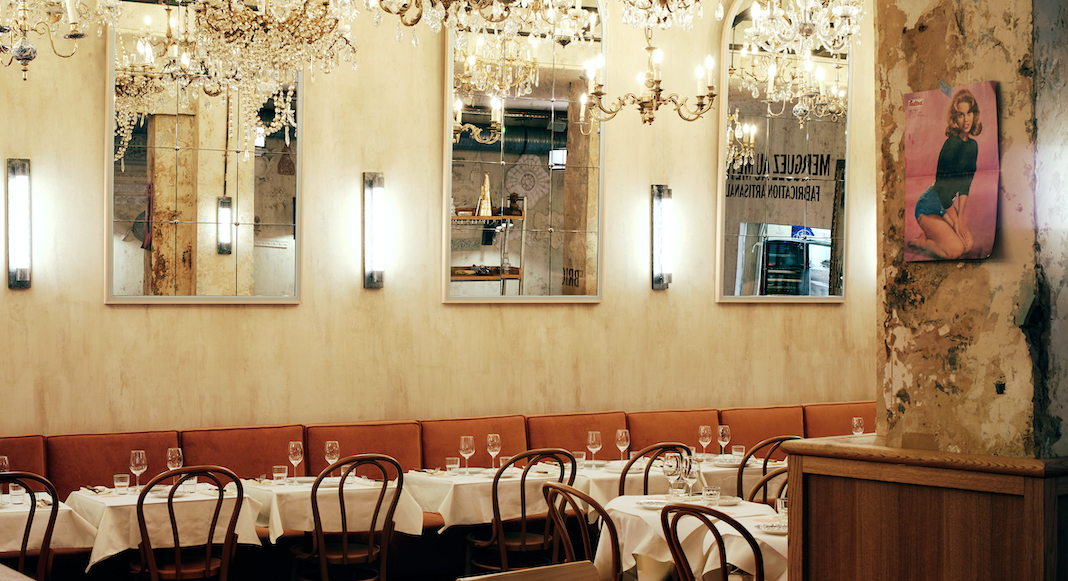 Brasserie Rosie brings the traditional French restaurant back to Paris

We’ve missed you so much, the classic Parisian brasserie… As the world slides back through open doors, onto cafe tables, and into an overall return to some social normalcy, it is the absence of food and beverage culture that has been felt the most. A staple of French culture, la brasserie is a national treasure, the collision ground for social culture, cuisine, and history. We had discovered Brasserie Rosie before COVID-19 hit, as it was on the cusp of closing its doors according to safety measures drawn by the government, but have returned, as it is now providing service again. Brasserie Rosie, a new institution of the 11th arrondissement, is a love letter to traditional French dining with an elevated aspect, as it was done before the days of overpriced Montmartre restos with English menus.

Young restaurateurs Juliette Cerdan and Kevin Caradeuc, previously of the Big Mamma Group, set off on a mission to singlehandedly salvage French cooking after a trip to the fish monger (where all good ideas happen in France). “Our goal is to make people (re)discover old Escoffier’s recipes, and to do this in an affordable way and in a setting that doesn’t scare away younger generations,” explains Caradeuc. The reality is that Paris has been going through an international culinary revolution over the past few years, with the essence of French cuisine often lost along the way. Even in the concept of bistronomie, “lots of young chefs decided to promote terroir and products from the various regions of France, but not according to traditional recipes,” Caradeuc adds. “Theirs is a cuisine based on their own inspiration, blending a lot of different influences.” Not to mention, this type of cuisine is much pricier. And so Paris reached a point where it became hard to find traditional French food.

Brasserie Rosie had a defined goal: it had to be a place with a fair quality/price ratio as well as good service and good taste. This feat was one that took months of diving down the rabbit hole into old culinary books, and five wine trips to taste more than 1600 wines for the final menu. The resulting is a carte of some loved, but forgotten dishes, as well as all-time favorites including sausage, steak frites, coquillettes pasta with jambon blanc, and homemade charcuterie. The brasserie also features a range of organic, biodynamic wine made in France, as well as traditional wine, and a 15€ house cuvée made with a producer in Languedoc. Top that with French-made liquors and spirits, and the French brasserie is alive once again.

While nodding at tradition, the approach at Brasserie Rosie is actually quite a modern one. The restaurant is essentially promoting distinct French regions and terroir with a modern attitude that focuses on quality seen in all Michelin-starred restaurant. Caradeuc and Cerdan work directly with producers to cut out the middleman and access a certain level of quality control, but in good old French fashion. Inside the space, one can find a respect for tradition mixed with the persistence of the contemporary kitchen.

In fact, the opening made such a mark on Paris that it even scored a feature in The New York Times. The 200-seat (now limited because of the pandemic) brasserie looks as if it is stuck in time. Mismatched chandeliers, velvet seat cushions, white tablecloths, and wooden chairs lend a homey quality to a city that is becoming increasingly modernized. But those who look closely will always find a nook and cranny whose atmosphere is as simple and honest as its food.