Those of us who caught the bug français (i.e. obsessing over all things French) know that Moroccan cuisine is often combined with French food for some of the best dining experiences. This former French protectorate is a culinary mecca, with spices like cumin, harissa and coriander; combine that with some quality baguettes and steak-frites and your taste buds will be in heaven. New York might not have a huge selection of French-Moroccan restaurants, but luckily, we have enough to give couscous and vin rouge junkies a fantastic meal.

This popular local hotspot has both locations in the East Village’s (on St. Mark’s, a street known for its rowdy NYU crowds) and in trendy Williamsburg. This upscale restaurant serves quality Moroccan staples, such as couscous, tagines, and even bastilla, a North African dish blending savory meats and sweet, almond-decorated pastry dough. Both Café Mogador locations feel romantic in that quintessential French way, and quite Middle Eastern with an ambiance that every Moroccan restaurant in Paris also strives to create. 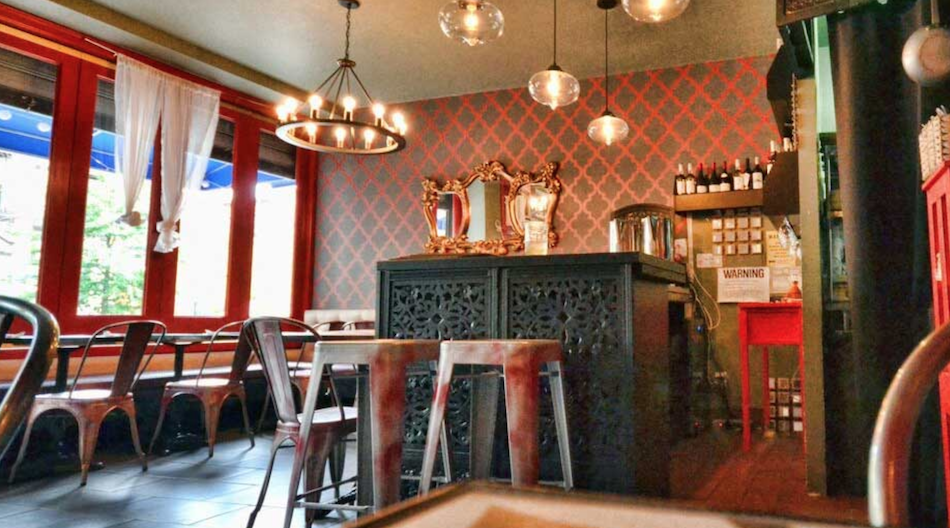 If you’re looking for a restaurant that combines the best of Moroccan hospitality and food with a French flair, run as quickly as you can to La Shuk, an Upper East Side gem. This unpretentious French-Moroccan restaurant offers up friendly service and hearty fare: start with the Roasted Eggplant Salad, and don’t miss the Spicy Chermoula Fish entrée. 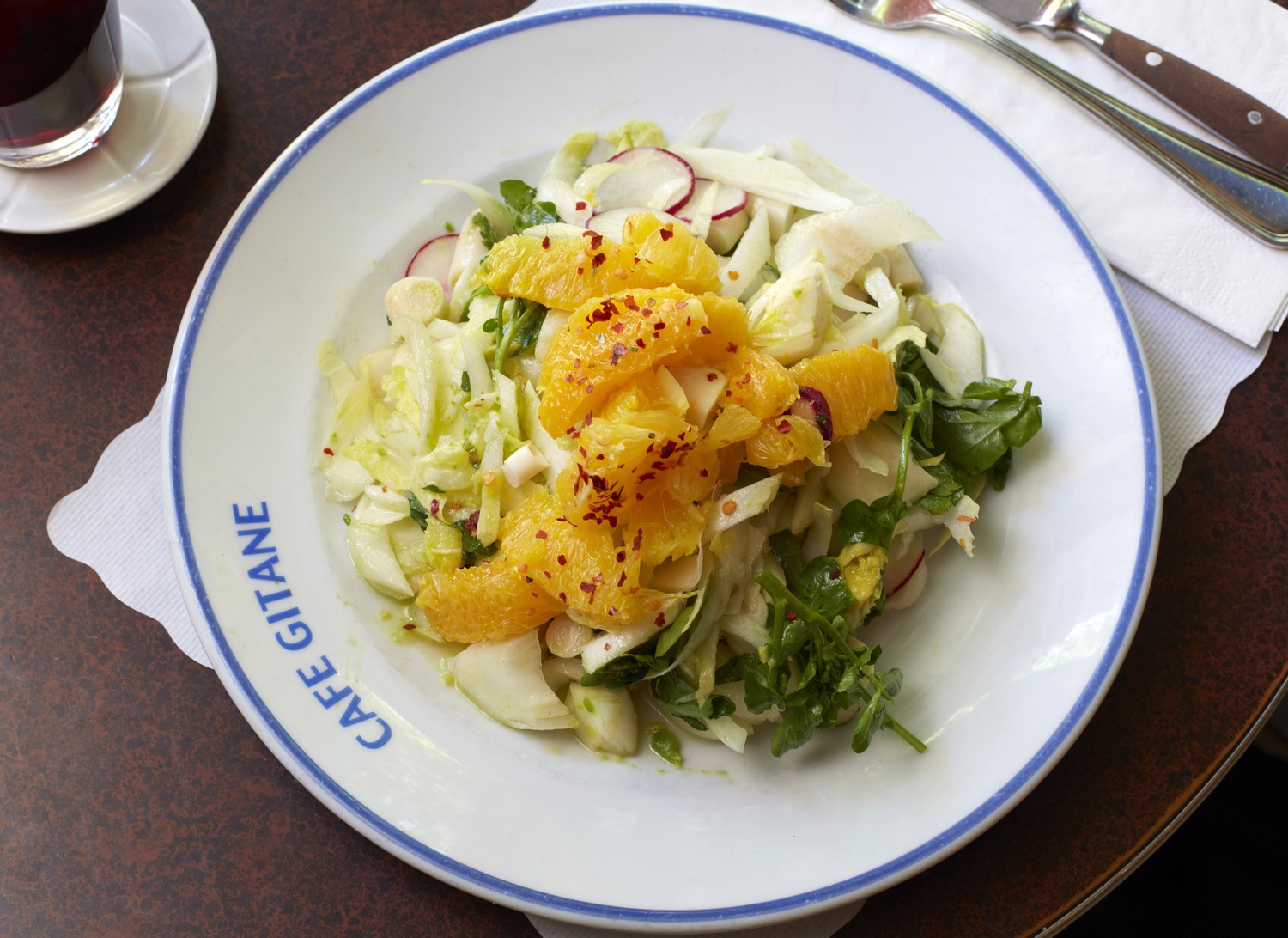 Located on NoLita’s stylish Mott Street, Café Gitane feels like a colonial-era French/Moroccan fusion restaurant. Pass by on any given day and you’ll see a lively crowd of well-heeled and well-dressed patrons (often French transplants). That’s not to say that Café Gitane is expensive—in fact, it’s one of the best deals one can find in this ritzy neighborhood. Enjoy the creative French-Moroccan dishes, like a sculpted presentation of couscous over a bed of bright green sauce, or hot chocolate with a signature paw print etched into the warm milk. The dining area itself is actually quite bare, but the combination of dim lights and carefully selected decorations make Café Gitane one of the city’s best French-Moroccan spots.

Started by Abdellah Ksiyer and Omar Balouma, owners of beloved Barbès restaurant (closed in Murray Hill and recently re-opened in Hoboken, NJ), Arabesque is a great Midtown option for Moorish-influenced cuisine. The space boasts a restaurant area for diners paired with a back room hookah lounge, all outfitted with comfortable and traditional Moroccan couches and pillows. Patrons can enjoy a Moroccan menu with splashes of Mediterranean and French touches, like the duck confit and tuna tartare. And for those who want an bit of entertainment, head to Arabesque on Saturday nights for their weekly belly dancing performances and musical entertainment.

Bar Six feels like a French brasserie: dark red leather couches, wooden seats, and a bar with a hefty wine menu. But take one look at this West Village’s food offerings and you’ll find yourself transported to Morocco: couscous, Moroccan spiced meatballs, Moroccan spiced shrimp and beyond. The food does an artful job of combining French favorites with North African spices and classic Moroccan dishes.

This upscale East Village restaurant surprises and delights with its delectable Moroccan food and a supremely romantic atmosphere. Don’t let the high price tags for entrees deter you—although a bit steep, they are flavorful, exciting and come with a slew of unexpected appetizers. To round out the meal, make sure to add on the traditional Moroccan green tea, poured—in traditional Moroccan fashion—from surprising heights into decorated glasses by a talented server.