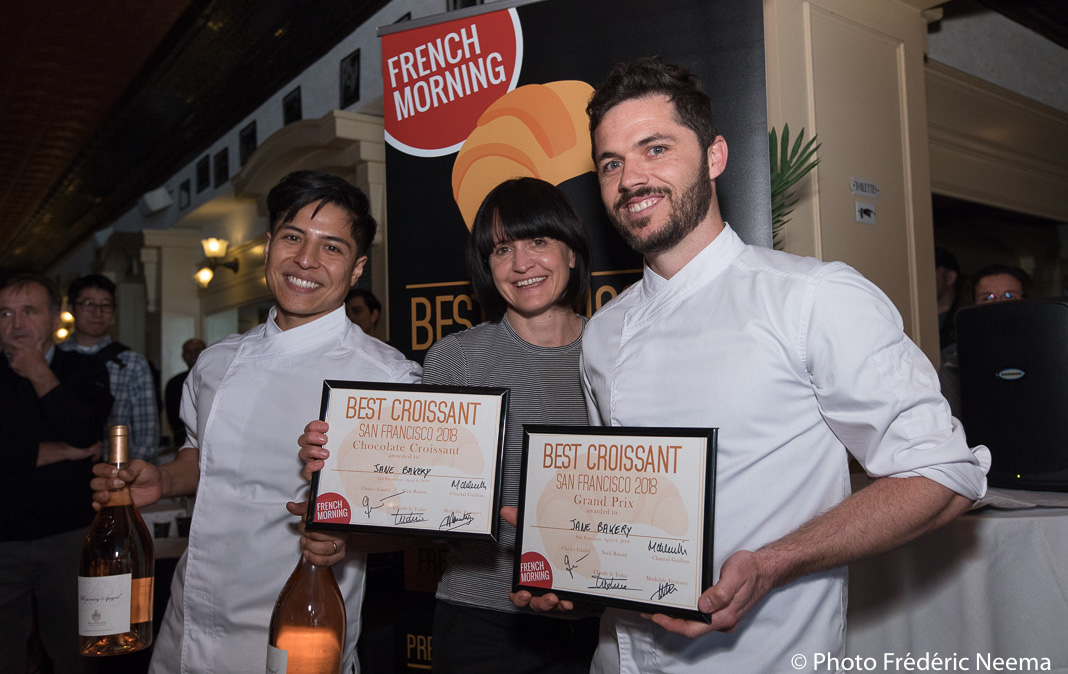 Best Croissant San Francisco: Jane The Bakery and The Midwife and the Baker Declared the Winners

After two hours of blind taste-testing and suspense, the winners were announced: The Midwife and the Baker won the Fan prize, awarded through votes submitted during the event on the French Morning website, and Jane The Bakery won the Best Croissant and Best Pain au Chocolat prizes awarded by a jury of professionals.

This first competition for the best San Francisco croissant was held Sunday, April 8 at Le Colonial restaurant in the presence of eight finalists selected by the readers of Frenchly and French Morning. There were, of course, bakeries whose reputation is well known — B. Patisserie, Le Marais Bakery, Arsicault, Jane the Bakery, and The Midwife and the Baker — along with some fierce newcomers — Les Gourmands, which opened in 2017 in SoMa, Kahnfections, which opened last year to serve French classics and American goodies in the Mission, and Neighbor Bakehouse, located in the Dogpatch.

The public came in as pastry connoisseurs, and the bakers willingly lent themselves to the Q&A: “Are they organic croissants?” “What time did you get up to make them?” “What kind of chocolate do you use?”. The two floors of Le Colonial quickly filled with foodies busily posting their plates on Instagram, happy pastry-lovers, and children loudly begging their parents for more croissants.

Demary Braly and her friend Michaella Sena examined each viennoiserie carefully before casting their vote for Fan Prize: “I take into account the texture, the crispness of the dough, but it’s really the chocolate that makes the difference for me: The more, the better, and if it stays gooey once the croissant has cooled, I’ve found my winner,” says Braly.

Annie Yi, her husband, and their children made the trip from San José, unable to pass up the opportunity to participate in a massive brunch: “We don’t know any of the finalists,” she admits. “We tasted all the croissants several times, and we chose the one that seemed the lightest to us, while also being crispy but not too crispy. My husband voted for Arsicault, and I voted for Jane the Bakery.” 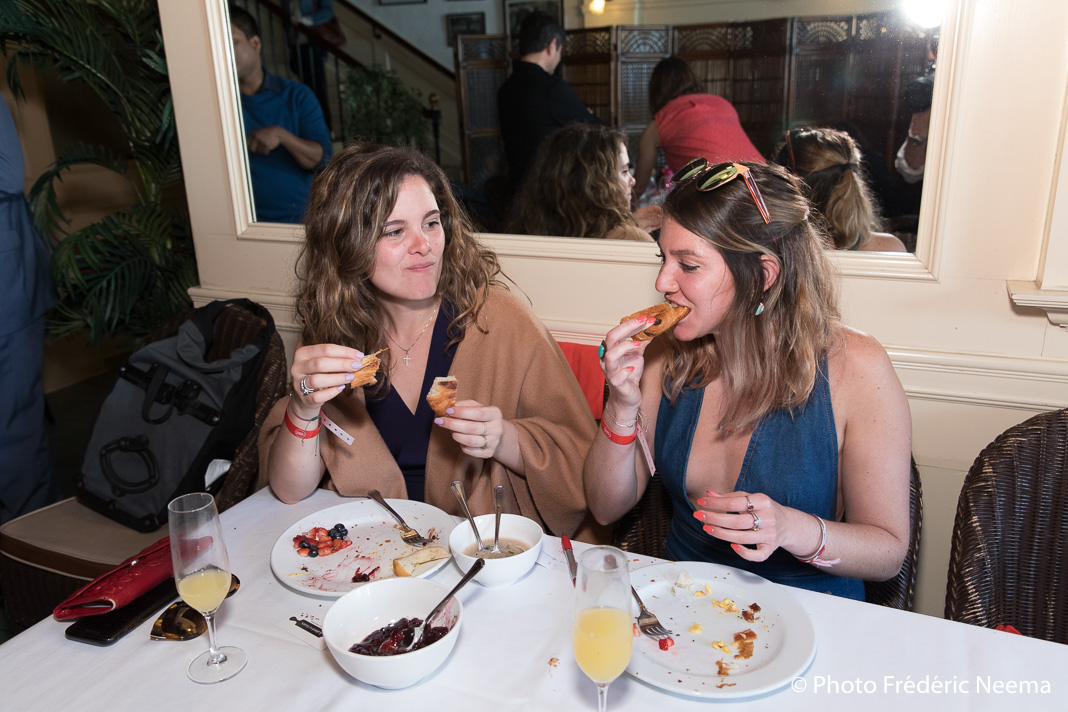 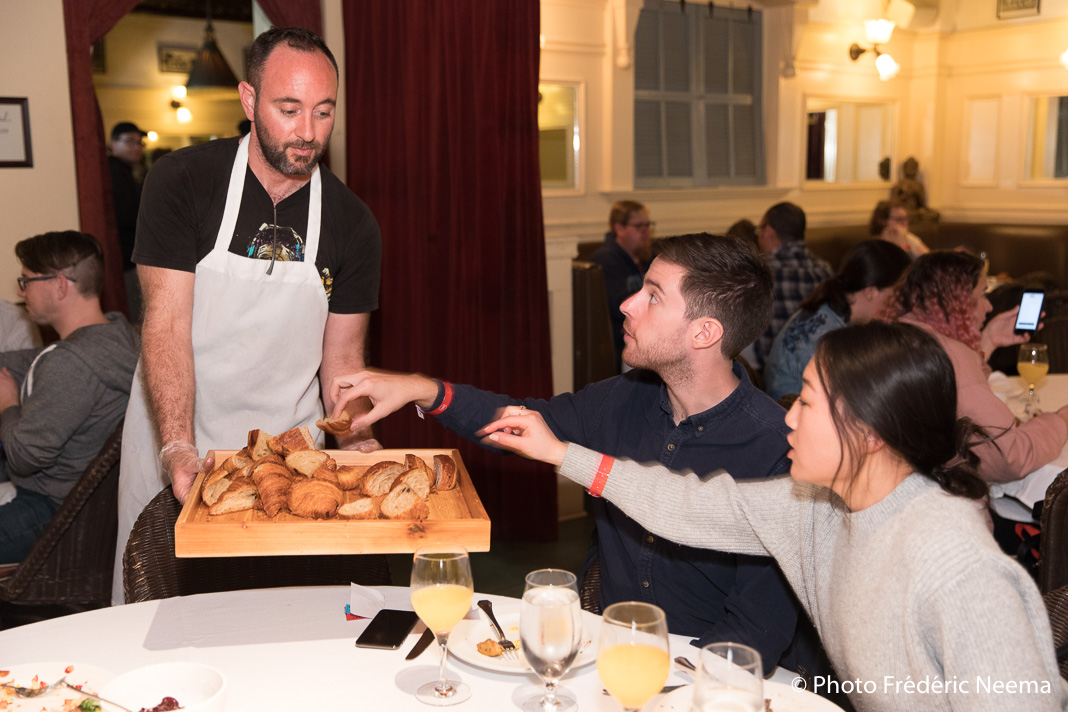 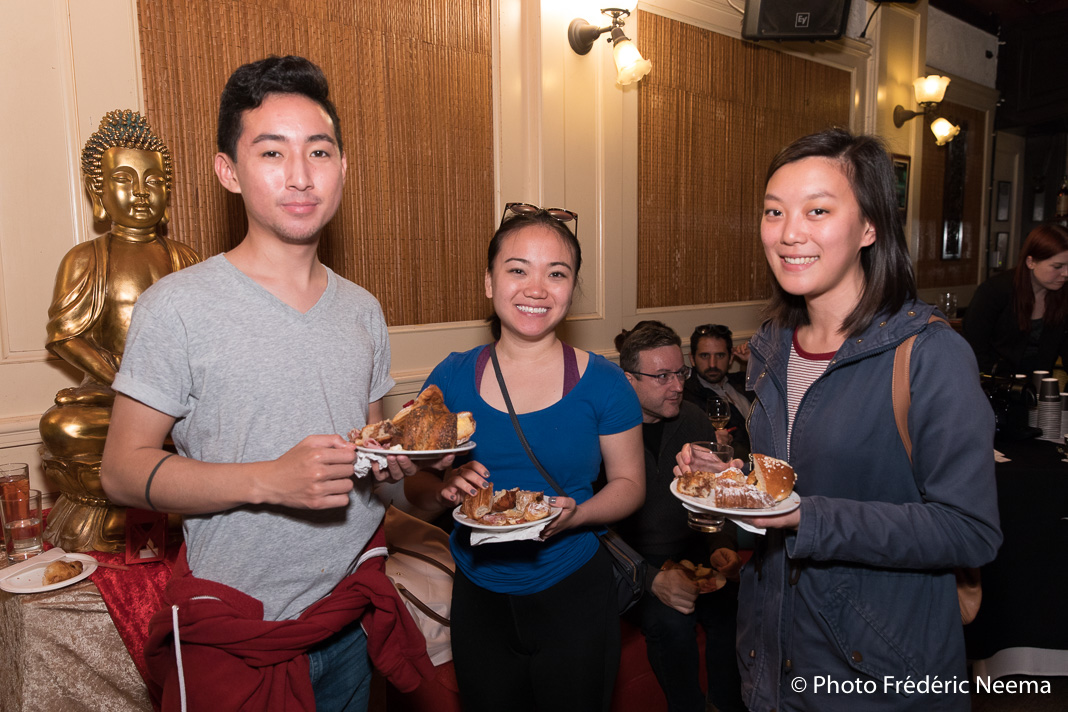 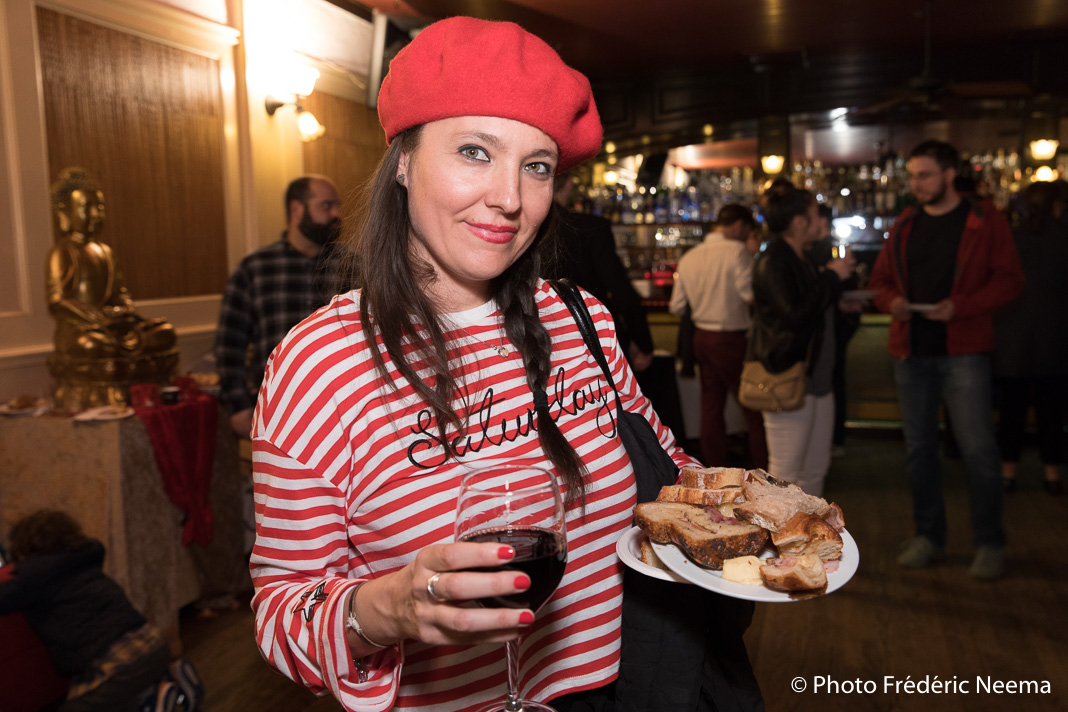 The jury responsible for determining the best croissant was composed of: Chantal Guillon, founder of the restaurant of the same name, specializing in macaroons; Claude Le Tohic, three-star Michelin chef; Clarice Gaubil, co-founder of the catering company Les Cook’ettes; and Mathilde Froustey, star dancer with SF Ballet. They followed the same tasting exercises as the public, but blindly so as to avoid bias. They judged croissants and pain au chocolat on their flakiness, taste, shape, and bake.

For Le Tohic, “you have to go relatively fast in tasting, to remember tastes and differences well. Gaubil identified her favorite pain au chocolat without difficulty or hesitation.

Dancer Froustey, the only juror who is not in the food business, used her childhood memories to make her choice: “I was raised on pain au chocolat in my native Landes. The difference between one competitor and another is quite clear.” For the plain croissant, the professionals focused mainly on the quality of the products used, particularly butter.

For Jane The Bakery and The Midwife and the Baker, winning isn’t new. Both bakeries won last year’s Best Baguette contest organized by French Morning.

Mac McConnell, the boulanger for The Midwife and the Baker, remains very humble in the face of this new victory: “I continue to perfect my technique every day. I had a lot of failures when I started making croissants: some were too fermented and exploded in the oven! I have learned a lot since then, and today, after observing the pleased reactions of the people who tasted my croissants, I was hoping to be in the top three.”

Amanda Michael, owner of Jane the Bakery, also insists on the work that such a victory requires. “We give great attention to our pastries: we import our butter from France, and we execute carefully every step necessary for its creation.” Impressed by the turnout at the competition, she is delighted with the interest in croissants and pain au chocolat: “We are truly honored to have participated alongside some of the biggest names in baking in the city. With such talented bakers, San Francisco can almost declare itself the croissant capital of the world!”

The winners of the raffle should contact French Morning: