The tension is mounting…

But fear not: the long awaited grand finale fête for the “Best Baguette in New York of 2022” will take place on May 18th at 6pm at the Consulate General of France in New York City. You will be able to taste the baguettes (with cheese and charcuterie, of course) of some 15 bakers, choose your favorite and attend the coronation of the winner by our jury of chefs. Register now to make sure you don’t miss this fun and particularly French New York City event.

The finalists were chosen by you, the readers of French Morning and Frenchly. Over 400 readers participated and supported your favorite bakers. During the event, several prizes will be awarded, including the public prize. The jury will taste the baguettes “blind” and award the Grand Prize. Among the members of the jury, big names of French-New York gastronomy include, the chefs Alain Allegretti, Laurent Tourondel and the master chocolate maker and Meilleur Ouvrier de France, Jacques Torres.

The winner of the last two “Best Baguette” competitions, is, sadly, no more: Maison Kayser went bankrupt in the spring of 2020. But it’s been more than replaced by a host of new bakers, which are flourishing in New York. More than half of our finalists didn’t exist in the last edition in 2019! And despite two years of pandemic pandemonium, they opened and survived.

In alphabetical order, the finalists are (this list will be updated as confirmations are received from pre-selected bakeries):

They certainly don’t make up the majority of this list, but the American baker finalists are not less passionate about creating great product. Zachary Golper is one of them. After learning the trade from several French bakers, including some Meilleurs Ouvriers de France, and then working in several restaurants, he opened Bien Cuit in New York. He has since garnered awards and fans at his two locations in Brooklyn and one in Grand Central.

Paul Allam comes to us from Australia. With his partner, David McGuinness, he set up a revered artisanal bakery in Sydney. And in 2019 he crossed the world to open Bourke Street Bakery in Midtown Manhattan (28th Street & Madison). And bread-loving New Yorkers love it. We are promised a second store soon…

The bakery is, like the two previous ones, a newcomer in New York since it opened last June. But the chef is no stranger to the Best Baguette. Yann Ledoux was in fact head baker at Maison Kayser when that bakery won the previous competition in 2019. Kayser has since gone bankrupt in the U.S., but Yann Ledoux quickly bounced back and set up his own business, opening Bread Story in East Village.

After first participating in 2019, Breads Bakery is back among the finalists for this 2022 event and has confirmed its place among the best bakeries in the city. The bakery, which focuses on using natural and organic ingredients, has grown since its inception in 2013. It now has four outlets: The flagship in Union Square as well as Bryant Park, Lincoln Center and, most recently, the Upper East Side, where it took over a former Maison Kayser store (74th & Third Avenue).

Also a newcomer. In February, French Morning wrote a story about three friends who came to baking a little by chance and late in life. They recently opened a shop in Brooklyn and sell by order, mainly online

Founded in 2012 by Clémence Danko, a pharma alumna who trained in the joys of baking in the U.S., Choc O Pain brings a French touch to New Jersey. This small bakery, which has four locations between Hoboken, Jersey City and Jersey City Heights, is a regular in our contests ––and awards. They sell good bread and also croissants, pain au chocolat made on the spot, kouign-amann, chouquettes and other little delights.

Riad Nasr and Lee Hanson are restaurateurs. Their Frenchette Brasserie has been drawing crowds in Tribeca since 2018. In 2020, they decided to branch out into baking, opening Frenchette Bakery in the former space of a highly regarded local bakery, Arcade, which had just closed. Since then, they have lived up to the reputation of their prestigious predecessor.

Florent Andreytchenko, 33 years old from Champagne, “fell” into the business as a child. Trained at a very young age, he took his know-how around the world, from Australia to Norway, passing through Morocco and Croatia, among other places. In 2020, he opened his first store in Williamsburg and a second one more recently in Fort Green. He prides himself on selling a reasonably priced artisanal baguette, a rarity in New York.

Based in Forest Hills, Queens, Breton Francois Danielo is a regular in our contests. He became a baker in 2011 and offers many kinds of baguettes (traditional, country, cereal…), pastries (kouign-amann, meringues, beignets…) and pastries (strawberry, opera…). Here is his Facebook Page.

It was a hobby but it became his job. After training in France, Arben Gasi opened his bakery, Le French Dad, in Monclair, New Jersey. This is his second participation in the Best Baguette New York contest.

In Buschwick, “Mr. Gus,” as everyone calls Gus Reckel, is a fixture. People have been flocking to his store, a former print shop, since it opened in 2015. The atmosphere is definitely that of a small neighborhood store. At the Imprimerie (or, The Print Shop) everything is homemade, in small quantities and with a love for a job well done.

Renowned for its artisanal European and Israeli-style scratch-made sourdough breads, challah, chocolate babka, loaf cakes, and much more, Liv Breads, was named ‘Best Challah’ at The World Bread Awards. They have since expanded their footprint to include three new locations, and just launched nationwide shipping on Goldbelly.

Pain d’Avignon defends its passion for the craft of bread. Blending French traditions and New York touches, the bread is delivered each morning to the three Café d’Avignon stores located at the Essex Street Market, Plaza Food Hall and Dekalb Market Hall.

A caterer based in Brooklyn, Pistache started producing its own bread a few months ago, with the recruitment of Nicolas Buchot. Another Maison Kayser New York alumnus (where he met his mentor, Yann Ledoux), he later became executive chef at Maison Kayser Mexico, before returning to New York.

French Morning told you the story of Richaud Valls, a comedian turned baker during the Covid-19 pandemic. Since then Richaud NYC has gone professional. He sells, online only, to order, while continuing to entertain and supply his Instagram followers that ensured success in his early days…

Legend has it that real estate prices in Brooklyn’s Gowanus neighborhood have skyrocketed because of Runner and  Stone… Pure invention, we suspect, but the joke speaks volumes about the place’s reputation among locals, whom chef-baker Peter Endriss has been delighting for the past decade. This is his first participation in the Best Baguette New York contest.

Another newcomer. American chef, Daniel Eddy opened his bakery in Park Slope, Brooklyn, just a week before the Covid-19 pandemic began. That didn’t stop his success. The lines that form almost daily outside Winner attest to that.

Register to Attend the Finale Here.

French Bee will be giving away 2 round-trip tickets from Paris to New York in a random drawing during the event!
Enter the contest on Instagram for a chance to win.

Our other sponsors include: 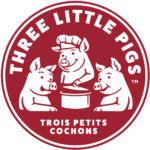 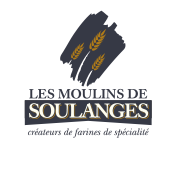