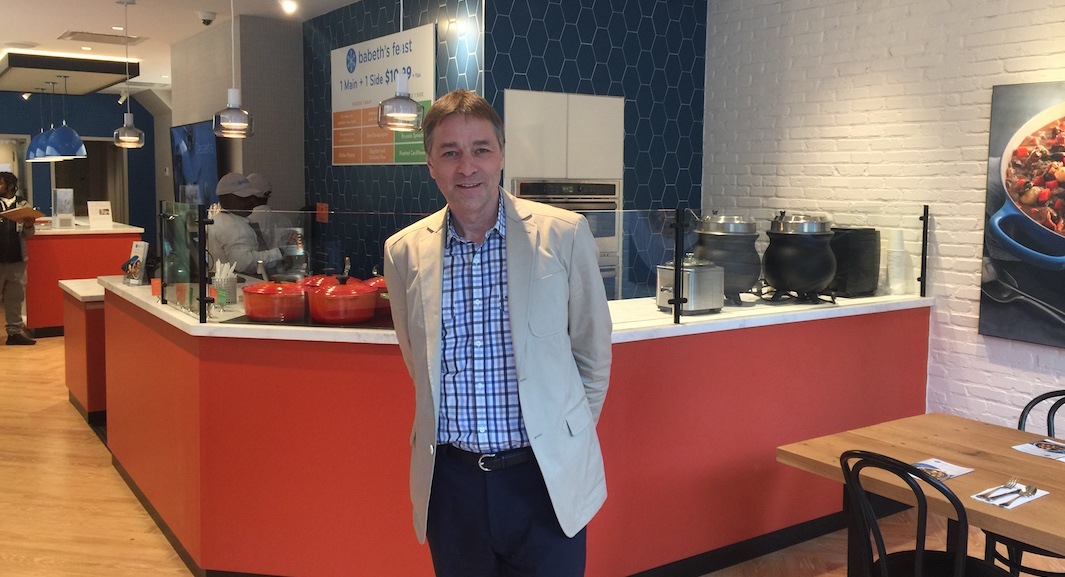 Four years ago, Babeth’s Feast embarked on a mission to convert Americans to frozen food. The brand, which the French often compare to Picard Surgelés, has just opened a new store on the Upper East Side. Located on Third Avenue between 75th and 76th street, it replaces the other Babeth’s Feast store that was located further north. Now, the brand has a total of two stores, including the one that opened in 2017 on the Upper West Side.

“On the Upper East Side, we had an advantage because there is a very strong French community. But that was too comfortable. It was difficult to explain the process to American customers who came into the store. They thought the products were manufactured industrially and didn’t trust them,” tells CEO Frank Matz.

Located near Citarella and Maison Kayser, the new store has a “better location” than the old one. It incorporates elements to make the discovery and purchase of frozen food more efficient. For example, there is a small restaurant area to order dishes sold in the store. The meals, once white and cold, give way to bright and warm colors. The company wanted to play up their transparency by installing a kitchen visible to customers, exposing their sous-vide cooking process. Behind the counter, staff answer customers’ questions while they taste the food.

All this to make Americans try frozen food, which has historically been considered “junk food.” Babeth’s Feast, founded by Elisabeth de Kergorlay, a notable investor in Le Pain Quotidien, has made its way in the high-end frozen food segment. The products are all natural, fresh, and then frozen to preserve the flavor and nutrients. A positioning which, according to Matz, could prove profitable among “millennials” (18-34 years).

“Our target is broader, but we’re focusing on millennials. They want clear labels and healthy food. They practically want to know the name of the cow their eating. We tell them: look no further than here,” he explains.

Babeth’s is currently testing international recipes (Korean, Indian, and South American) to attract millennials and change the image of frozen food. “We found the right formula, but it will always be a work in progress.”