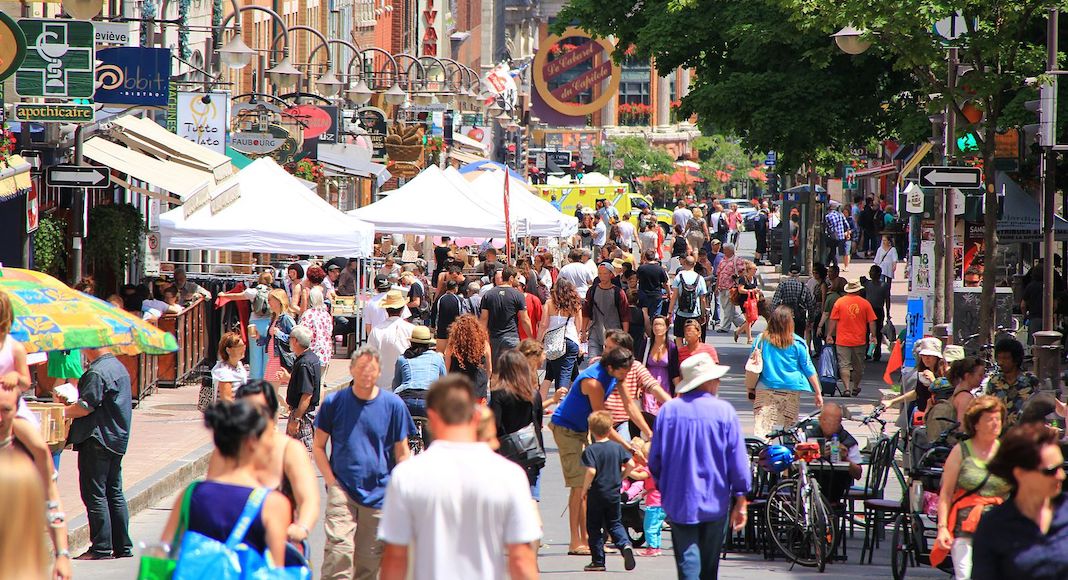 Are People from Quebec Really That Nice?

“Bonjour, ça va?” Top that off with a smile. Admittedly, it is an unsettling situation when you’ve just arrived in Quebec, that the question about how you’re doing, however trivial and innocuous it may be, is full of friendliness. So is your colleague who always holds the door for you, and also the neighbor who helps you clear the snow off your car (in -22 degree weather). And don’t forget that waiter who is as friendly as the homeless person outside your apartment building or Airbnb. We asked Laurent Turcot, professor of history at the Université du Québec à Trois-Rivières (UQTR), to answer our silly query: are people from Quebec really that nice?

According to our expert, Canadians are more “friendly” than “nice” — an important nuance that invites us to delve into the subject and examine the cliché. “People from Quebec are often compared to the French, who express themselves in a more brutal and frank way. Here in Canada, we don’t want to hurt or go against others! We don’t like to quibble,” adds Turcot, who doesn’t necessarily see this as being empathetic either. “Rather than confronting the other, we prefer not to say anything. What may seem kindness is actually annoyance.”

Some may find this to be hypocritical, which is fair because all perspective is relative to what you know. But you might already have received the Quebecois “treatment” without knowing it: in Quebec, when nothing is going well (whether you know it or not), any form of interaction might be quickly cut off, without any explanation. “It’s not necessarily hypocrisy, but rather another way of ‘living together.’ You don’t say things like they are. You have to get used to the game,” explains the professor, admitting that newcomers must learn to say things nicely “in the same frequency” as the rest of the group and without confrontation, and, therefore, with a certain “kindness.” After all, it’s easier to prevent conflict than it is to resolve it.

Visitors must get used to the Quebecois’s way of interacting, since this clever mix of irritation and benevolence is rooted in Quebecois culture. “These are people who come from the land, who have been accustomed to a very oppressive church that has prevented them from openly expressing their feelings, and not to mention have an extremely strong Judeo-Christian moral,” says Turcot, providing an explanation for the signature warmness of people from Quebec. “Quebec’s modest origins and the difficulty of establishing an intellectual elite, whatever that may be … have also played a role, that’s for sure.

To those who plan to come to Quebec, Turcot advises not to arrive and immediately assume that the Quebecois will be like the French. “People from Quebec speak French but are more closely linked to Anglo-Saxon culture — imagine you were in a room of Brits who speak French. Some Quebecers actually feel more at home in London than in Paris!”

This article originally published on our sister site Maudits Français.