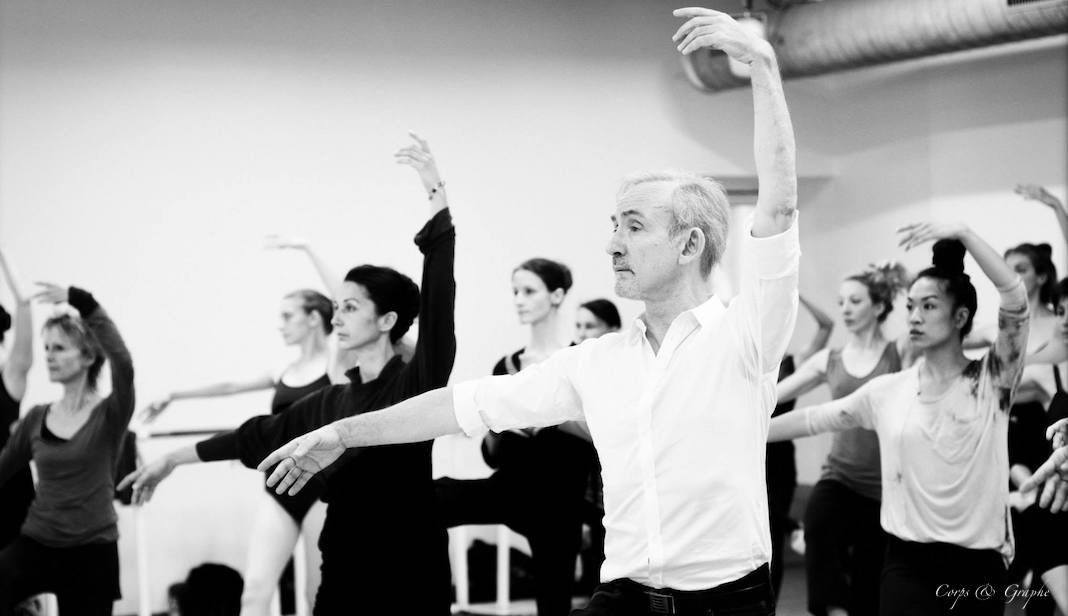 Paris is an epicenter for dance and theatre, a place where artists dream of making it big… American expat Wayne Byars is actually that dream as a professional dancer and performer. “It was a summer romance that first brought me here,” Byars tells Frenchly. “I was majoring in dance at Butler University and I fell in love with a French exchange student who was also studying dance. When we decided to move to Paris, I bought a one-way ticket.” With two hundred dollars in his pocket, Byars never planned to return to the USA. Forty-two years later, Byars is not only still in the city of lights, enjoying a successful career as a ballet teacher, but he is still with the same person he fell in love with.

“I was an illegal alien, working odd jobs under the table,” recalls Byars. Originally from the Midwest, Byars had an interesting first four years in Paris. “I remember friends had to hide me in suitcases and trunks when I wanted to travel outside of France.” It wasn’t until Serge Keuten, the director of a prestigious dance-theatre company in France, hired him that he was granted the legal documents needed to live in France.

From living like a renegade his first four years in France, to being awarded the Chevalier des Arts et des Lettres for “significant contribution to the arts,” in October 2017 by the French government, one can only fantasize of such achievements as an expat. 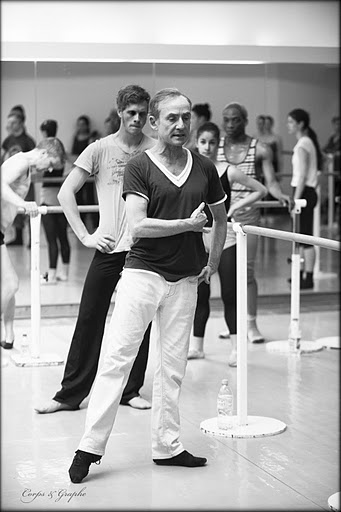 After an illustrious nine-year career of performing in France and throughout Europe, Byars retired from the stage and began teaching ballet. A master of the technique, with an original approach to instruction, he quickly became a sought-out teacher. Byars classes are always filled to capacity. “French teachers are more about tough love,” Byars explains of what he believes attributes to the success of his classical ballet courses in Paris. “They can be cruel and discouraging. In France, everything is categorized and very body-oriented. You have modern, contemporary, and ballet, there is no room for people and disciplines to come together.” Byars extrapolates that coming as a dancer from the US, he was always looked at as an individual and encouraged by teachers — a practice that he continues in his own classes. Byars is kind to his students, attentive and responsive to each of his dancer’s needs. He welcomes movers of all ages and body types and levels of dance training.

If you’re an American in Paris and have the pleasure to take or observe one of Byars’ classes, be prepared — they are all taught in French. While Byars first moved to France unable to enunciate the word “merci,” he is now fluent in the language. “When I got to France, I was worried about trying to speak the language and making a mistake. I didn’t want to sound stupid.” Byars refused to speak French the first year he lived in Paris. Eventually, he was hired to perform in Swan Lake with a company that was touring in Germany and Switzerland. All of the dancers in the cast were French and only spoke French to him. Forced to speak the language, it helped Byars tremendously in his journey toward fluency. “It’s a mythology that the French are mean when you attempt to speak their language,” Byars’ eyes widen, “I have always found them to be very supportive. They truly appreciate if you try.”

In 2017, Byars published his first book, in French, titled, Leçons de danse, Leçons de vie. “Writing a book in French was challenging but I wanted to do it,” Byars explains. 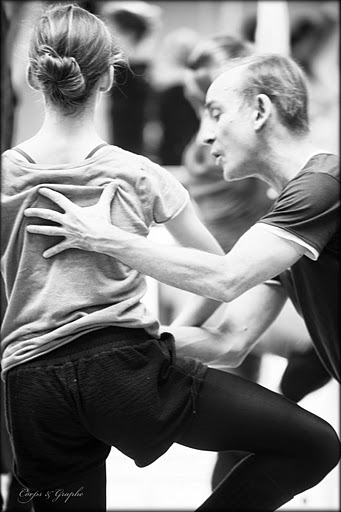 After four decades in Paris as an expat, the biggest challenge he faces is bureaucratic. “Honestly,” he laughs, “The taxes. Over fifty percent of my income goes to les impôts.” And culturally, “I love the French, but I miss the easy contacts you have with Americans. Americans talk to you no matter what, with the French, it’s harder to break the ice.” That said, Byars wouldn’t trade living in France for life in the U.S. for a second. He loves being able to hop on a plane and within a few hours be in a new country. He grins, “In the Midwest, you have to drive for hours just to get out of the cornfields.”

Byars understands what it takes to truly make a full move from the US to Paris: “Perseverance is key. Break the language barrier as soon as possible and don’t be afraid to stumble in French. As far as getting to know the French, give a maximum amount of information about yourself, be forthright with them and give personal information. You don’t want to ask the French their personal information, but they want to hear yours. Eventually, they will look at you as a person and let you into their inner circle. Also, read up on some of the cultural differences, they’re not huge, but it’s good to know, for example, if you’re invited to a French person’s house for dinner, you never put your foot in their bedroom.”

Despite the cultural differences, Byars is fond and appreciative of les français. ”The French have always been very welcoming to me and looked at me as Wayne, not Wayne the American, they never judged me for being a foreigner.”