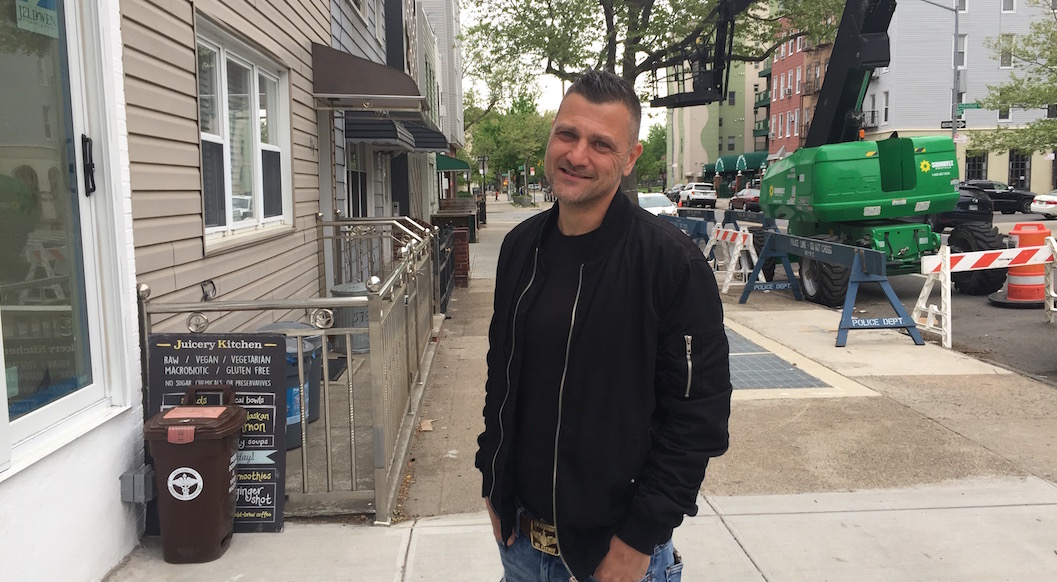 After a tough year, Laurent d’Antonio has finally opened Chez Lolo in Brooklyn

“It was the most difficult year of my career, morally, financially…” says restaurateur Laurent d’Antonio of 2020. After fourteen years of service and “1.3 million crepes sold,” the Nice native had to close his baby Pâtes et Traditions, a cozy Williamsburg restaurant that was the first business of this entrepreneur, who arrived from Nice with his stuttering English. He also had to close his music club Bonafide, which opened with renowned bassist Richard Bona in 2016. “I had invested a lot of time, money, passion and love in it. For me, as for everyone else, Covid was hard,” he says.

No matter. “Motivated to bounce back, he is opening a new restaurant, Chez Lolo, on Union Avenue (Williamsburg) this Sunday, June 6, next to the famous Italian restaurant Lilia. It is located in the former premises of the mythical Jimmy’s Diner, an address known to Williamsburg veterans and many a neighborhood hangover. “This new restaurant combines the best of what I learned in all my years in New York. Today, I have more ideas than before. I know what New Yorkers like and don’t like. I don’t waste my time,” says the Frenchman.

During the pandemic, d’Antonio started making soups for cafés and food trucks to “survive.” He went so far as to sell 200 soups a week. “I made them with love,” he smiles. “You have to never give up, keep hope and your head up. I come from a modest family. As a kid, I was always creative. I used to sell bracelets on the street to go to the movies. When you are humble, generous and passionate, people remember.”

He got his hands on the premises of his new restaurant in October after a meeting with the owner. For this new adventure, he joined forces with another restaurateur, Fabiano Jouhan Daoud (DAR 525, Black Swan…), who had promised to put some money into the business if he found a space. This is the first time that Laurent “Lolo” d’Antonio has put his name on one of his restaurants – besides Pâtes et Traditions, he also owned the French-Mexican restaurant Santos Anne, which he sold before the pandemic. “I didn’t want to put my name on it, maybe out of modesty. It was my partner who chose it and people like it.”

For Chez Lolo, with 30 seats, he has not changed the formula that made Pâtes et Traditions successful for years: a cuisine with Niçoise accents (pissaladière, socca…), but without pretension, in the image of the restaurant owner himself. The menu will also include crepes, burgers with morbier, mussels and hand-cut fries, baguette sandwiches, and colorful cheese platters. Not to mention a steak tartare. Decorated with accessories from Nice, Chez Lolo will be open for breakfast, brunch, lunch and dinner every day of the week. A music lover, d’Antonio also plans to invite artists to play live.

“It’s a cuisine I know how to do. I do it with passion and love,” he says. I grew up with traditional French cuisine. I wanted to stay with my values and the family recipes that belonged to my mother and grandmother.”