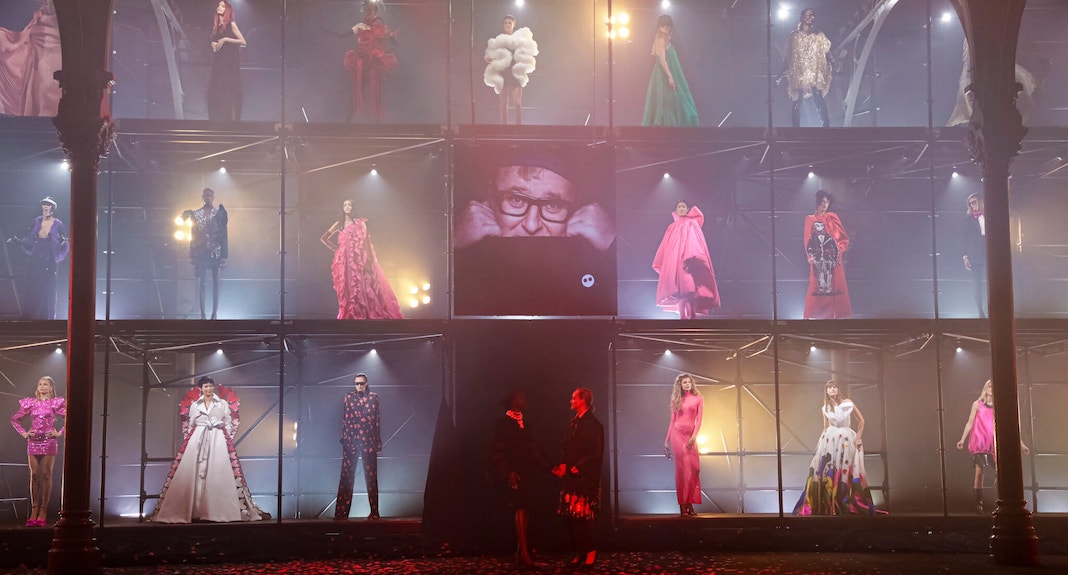 A Recap of Paris Fashion Week: The Most Memorable Moments

The beauty of French fashion week is that it manages to awe crowds and also reinvent itself every season. For Spring/Summer 2022, DIOR’s Maria Grazia Chiuri set up a disco-themed runway in the Jardin de Tuileries and brought out one of her regular favorites Natalia Vodianova. Speaking of stunning runways, Saint Laurent’s show at the Jardins du Trocadero, right in front of the Eiffel Tower, made audiences swoon with menswear-inspired looks and front-row headliners like Carla Bruni and Charlotte Gainsbourg. The ‘new’ and highly social media-savvy Parisienne however was spotted at Etam‘s seasonal runway held at the Palais Garnier with models and influencers like Mara Lafontan, Chloe Lecareux, and Julia Courtesoff. It was a busy week in Paris!

The late kaiser Karl Lagerfeld’s legacy persists at Chanel under the leadership of his right hand, Virginie Viard. Her latest show was a nod to the sacred supermodel years of the ’90s with an intimate, crowded runway. The show was staged at the Grand Palais Éphémère (as the original is under construction,) thus taking advantage of reviving a traditional runway show with an actual “T” shaped runway.

An Homage to Alber Elbaz

The fashion world united in memory of Lanvin’s longtime creative director, Alber Elbaz, months after he passed from COVID-19. His great dream of the AZ Factory was revived with designs from 44 designers from around the world creating a look inspired by the grand maestro of fashion. From Dries Van Noten, to Maria Grazia Chiuri, Rick Owens, Pierpaolo Piccioli, Nicolas Ghesquière, and more, fashion’s superstar designers each dedicated a look to what became the culmination of PFW and an homage to Elbaz.

A 26-year-old climate change protester, named Marie Cohuet, disrupted Louis Vuitton’s runway show condemning overconsumption and its effect on the environment. Carrying a sign reading “overconsumption = extinction,” the woman representing Les Amis de la Terre France and Extinction Rebellion Youth caused quite a stir in the audience, but was quickly removed. Even so, Cohuet’s message lasted. It was a cunning way to remind LVMH (the mother brand of Louis Vuitton and other luxury brands) to get its sustainable act together.

Manfred Thierry Mugler was the star designer of the ’80s and ’90s. His couture designs turned women into superwomen. This season, he presented more than 150 of his all-time famous looks at the Musée des Arts Décoratifs. The designer was accompanied by his celebrity friends like Cardi B and supermodel Irina Shayk sporting his designs.

In good old fashion, Saint Laurent returned to the stage under the lights of the Eiffel Tower. The défilé was dedicated to empowered women, powerful and independent with a tailored style borrowed from menswear. “She projects a glamorous toughness,” said designer Anthony Vaccarello. “And it is a way for her to move through the world and hold her own.”

The darling designer Olivier Rousteing got a warm welcome from his friends including Naomi Campbell, Carla Bruni, Milla Jovovich, and more who were modeling his looks on the runway. After the show, the designer revealed that he had suffered a horrific burn accident last year when his home fireplace blew up.

The lingerie brand called Etam hosted a stunning performance at the Opera Garnier where many of Internet’s favorites mingled both on the runway and in the front row.

As Paris Fashion Week culminates, we are once again reminded that fashion has true magical powers to revive the world from its affairs and offer it beauty.