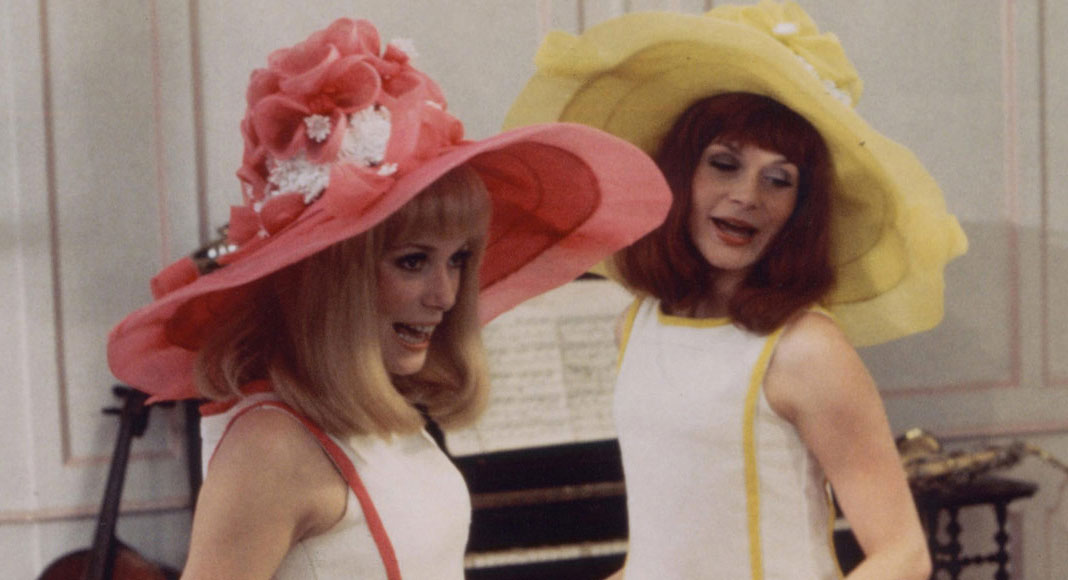 France really reigns supreme as the home of haute couture, style, and some of the world’s most venerable designers including Coco Chanel, Christian Lacroix, Yves Saint Laurent, and so many more. All sorts of art and media, including film, pay tribute to this fashion-cultural mecca in phenomenal ways. Putting both fashion and film into one basket, we’ve compiled a list of the best French fashion films worth a watch.

When it comes to dressing the modern femme française there is really no one like Yves Saint Laurent, who sharpened silhouettes and made women feel like superheroes in his creations. The biographical drama recounts the story of Saint Laurent and his business partner and lover, Pierre Bergé, who are ready to make their name in French fashion despite all the obstacles. A beautiful reflection on the maestro’s life, the film received seven César nominations, nabbing a Best Actor for Pierre Niley’s role as the designer.  — available on Amazon, YouTube, and iTunes

With Audrey Tautou playing the role of the famous fashion designer, this film was bound to be a success, winning the César for the Best Costumes. Take a peek into Gabrielle Chanel’s life when she was just a seamstress who had left an orphanage, much before becoming the Coco Chanel we all worship. — available on Amazon, Youtube, and iTunes

This film is about those who love fashion more than anything in the world. Maya, a stylist for an haute couture brand living the good life, gets deported from Paris to Morocco and has to make her way back to the city and job of her dreams. A very light and funny film, this one’s perfect for a girls’ night. —available on Youtube

This documentary focuses on the relationship between Yves Saint Laurent and his lover Pierre Bergé, as well as the designer’s depression, drug use, sobriety, and finally retirement in Marrakesh. — available on Google Play, Youtube, and iTunes

Another light romantic comedy, Chic! focuses on Alicia, a designer in a haute couture fashion house who cannot get herself together for the next collection after a heart-wrenching breakup. The twist comes when the director of the fashion house tries to re-inspire her talent… — available on Google Play, Youtube, and iTunes

This is the original French fashion film, starring icons Catherine Deneuve and Françoise Dorléac. The movie depicts the life of the two fashionable sisters in their small seaside town. The two women had impeccable taste then and strongly influenced the French fashion to come. — available on Amazon and iTunes

This film was such a success that it was followed by two sequels. While mostly about a gentile trying to integrate himself into a Jewish community in Paris, Eddie, our protagonist, also works as a sales manager in a fabric manufacturing company that provides great insight into that life. — available on MyCanal.fr and for purchase on Amazon.com

Where there’s fashion, there are also models. In this comedy adapted from a book, a sleazy Russian oligarch headhunter for a modeling agency becomes the center of attention in a social media scandal. —available on UniversCine.com

There are many French-fashion focused films and also ones like Et Dieu… Créa La Femme featuring careful haute couture product placement. Pierre Balmain had exclusively designed the entire wardrobe for the film’s star Brigitte Bardot. Other than for the outstanding fashion, the film is quite relatable for a lost millennial woman these days. — available on DVD via Amazon (option 1, option 2)