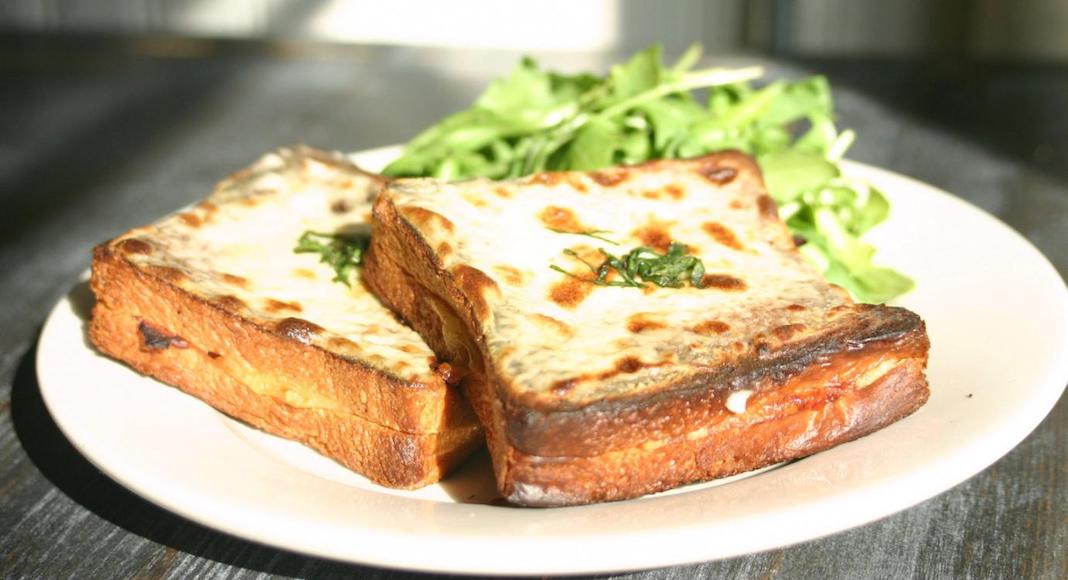 7 Places to Eat a Croque-Monsieur in NYC

Foodie Francophiles would love to have boeuf bourguignon, steak frites, pâté, and confit de canard every day. Unfortunately, bank accounts often disagree with that desire. There is one French food that’s both filling and affordable — the croque-monsieur! It’s a simple bread, cheese, and meat combo that is consistently oh-so-delicious. Check out these seven places in NYC where you can get a croque-monsieur and dream of France.

Welcome to the Holy Grail of croque-monsieur, La Maison du Croque Monsieur. No less than 14 different types of croque-monsieur, four of which are vegetarian, are on the menu. There’s the classic for the purists, and new plenty of croques for more daring diners.

At Bistro Cassis, they serve big croque-monsieur on toasted brioche bread with french fries — an excellent meal that fills you up for the whole afternoon. A special shout out goes to the melted cheese, a delicious emmental. For décor, you’ll have a bit of déjà-vu, with reproductions of posters from the 20s hanging on the walls of this classic bistro. For $18, you’re paying for the croque, the atmosphere, and the Insta.

The name of this east village restaurant probably conjures images of the scraping melted cheese off of a wheel for warm raclette in the winter. However, Raclette also offers a respectable selection of croque-monsieur. They’ve created exciting combos like the Havana croque, with citrus-roasted pork, house made pickles, dijon mustard, and raclette on a toasted Cuban roll. (It’s not a classic croque-monsieur, but they have those too!)

You definitely know this boulangerie/pâtisserie for its delicious baguette and croissants, but it’s about time you acquainted yourself with Maison Kayser‘s croque-monsieur. It’s one of their bestsellers! The ingredients are quality and the assembly artful, promising patrons a delicious croque (even if it is a bit expensive). Eric Kayser even wrote a whole article about how much he loves croque-monsieur, and includes his own recipe.

Croque-monsieur and fireside dining, a perfect combo! At Le Moulin à Café, you’ll slide onto the booth seating and feel quite cozy amidst the other patrons. This croque is coated in melty Swiss cheese, and filled with sweet French ham. Hesitation about the croque’s price should be assuaged by the hearty helping of of greens served on the side.

Accoring to purists, a real croque-monsieur should have béchamel sauce, an addition that further distinguishes it from the grilled cheese. Payard take croques seriously, and have thus topped their creamy gruyere and French ham sandwich with delicious béchamel sauce. Not too heavy, it’s perfect for a lunch that will fill you up without forcing you to take an afternoon nap.

There are three croques served at popular French bistro-bar Chez Oskar, and sadly none of them are croque-monsieur, but how can we not include this Brooklyn establishment when they cook croque-madame, croque-champignon, and croque-merguez, served with a side salad, for just $12-$13! If you really want a croque-monsieur, you could nicely ask them to leave the egg off s’il vous plait.