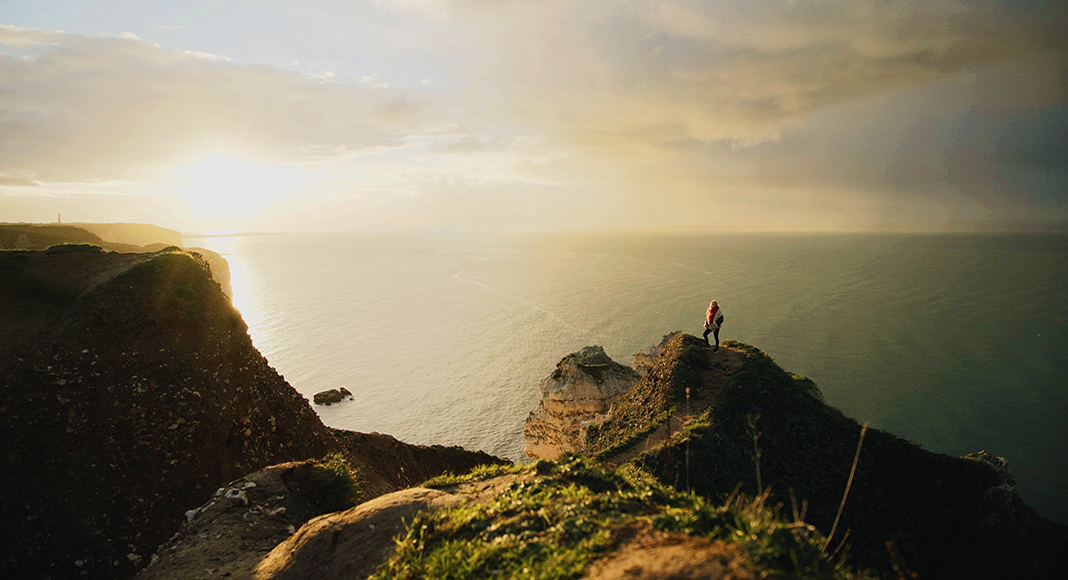 7 Great Ways to Explore Normandy in the Winter

Normandy, as we all know, is the perfect summer destination for escaping the urban heat island of Paris. The seaside towns of Deauville, Trouville and Honfleur have for a long time attracted upper-class Parisians and international tourists alike.

But, perhaps somewhat surprisingly, even in the winter Normandy has a lot to offer the renegade tourist and off-the-beaten-track explorer. For those who wish to see the area with fewer crowds, lower prices and milder weather, these seven experiences are a good place to start.

1. Take in the wonder of the cliffs of Etretat

Having served as a template for great creators such as Claude Monet, Gustave Courbet, and Luc Besson this breathtaking natural landmark is number one on our list for a reason. With cliffs reaching up to 300 feet and taking up an area of around 1.5 square miles, the cliffs are free and open to visitors year-round. Take a walk along the path to reach the Antifer lighthouse, pack a picnic, or simply watch the sunrise or sunset — and feel as if you’ve reached the end of the world. Plus, it’s a pretty cool photo op!

With three million yearly visitors and UNESCO Heritage Site status, Mont-Saint-Michel is by no means off-the-beaten-track. Nonetheless, winter visitors would be remiss to skip out on this incredible site. A former abbey that now counts just over 40 full-time residents, the site was initially founded by an Irish hermit and became a monastery in the eighth century. At low tide, onlookers can walk out onto the sand to capture the perfect sunrise or sunset picture.

3. Take a pause at the Abbey of Saint-Wandrille

As soon as you enter the town of Saint-Wandrille, in the middle of the Boucles de la Seine natural forest, you feel as though you’ve turned back the clock 1,000 years. A visit to the Saint-Wandrille Abbey only adds to this effect. Monks and nuns actively live and worship on the grounds of Saint-Wandrille, some parts of which have been (literally) eroded by time. Abbey members have not given up on restoring the site to its original splendor, however, and are working to rebuild several parts of it.

If you have a car, the cider route — a 25-mile loop of small country roads to the east of Caen — is a lovely way to explore the backcountry of Normandy. With winding roads, the route features a number of local artisans producing cider, Calvados (a local digestif), and apple juice. Most cideries give free tours of the cellars and presses and offer tastings during the week. Some cideries are only open in the summer, but a few, such as the Domaine Familial Louis Dupont and the Manoir de Grandouet, stay open year round.

While not the region most known for castles (that would be the Loire Valley), Normandy does have a number of notable châteaux, spanning from medieval times to more recent. William the Conqueror once made his base at the aptly-named Château de Falaise (Cliff Castle), which looms ominously over the adjacent town from its rocky perch. The Renaissance-style Château du Taillis, near Rouen, also houses the August 1944 Museum, paying tribute to the Battle of Normandy.

6. Explore the city of Rouen

A short train ride from Paris, Rouen has much more to offer than its famous clocktower. The ornate details of the Notre-Dame de Rouen church put its Parisian sister to shame; outside of the center of town, steep streets lead to a panoramic vista of the city and the Seine river; and salon de thés can be found almost anywhere along the cobblestone streets. In December you can hop on the ferris wheel, stroll through the town’s Christmas market or get churros at the La Croustille dessert pop-up.

Another pretty drive takes you through the Boucles de la Seine forest. This National Park is composed of 200,000 acres of wetlands, forests and meadows. Thatched-roofed houses make you feel like you’ve driven onto the set of The Hobbit. The park also houses several abbeys and a number of small villages where you can stop and chat with locals (if you’re brave enough to speak French).