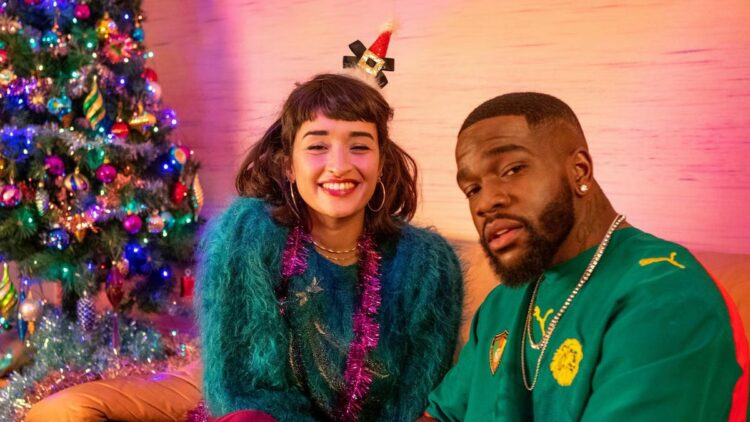 It’s that time of the year, when it’s frosty enough that all you want to do is Netflix and chill. Fortunately for us, Netflix has prepared some French releases for the month of December. From feel-good holiday films to coming-of-age tales, comedies, and romantic stories, we’ve got you covered with a good dose of modern France on screen.

And when you’re done with these, there are plenty of films noirs to catch up on and, perhaps, even the new Léa Seydoux  film “France.”

This 3-episode Christmas special is a film about a romance between a famous rapper, portrayed by the French rapper, Tayc, and a tenacious feminist journalist, played by actress Shirine Boutella. Their differences are what brings them both together… and apart. The light drama is easy to follow and is a lovely rom-com holiday-in-Paris story with some higher brow concepts about misogyny, the power of change, the power of love, and the layered ethic cultures of France and the world. Dreaming of the city of lights for Christmas? Voila!

This French comedy is shot between Monaco and Marseille, featuring swoon-worthy vistas of the South of France. The plot is one of an exasperated Monaco millionaire wants to teach his lazy, insufferable kids a thing or two about working and values. He stages a loss of fortune and moves into a rundown home in Marseille where his three kids try their hand at getting jobs and performing daily tasks. But what happens when the kids find out about his plan all along?

Out on Netflix on December 22nd, marketing whiz Emily from Chicago will continue perusing her way through her life of work and love in the City of Light. And the outfits will be up to par as well–the film is, after-all , from the creators of “Sex & The City” (which is having a comeback as well!)

As Simone works up the courage to tell her conservative Jewish family that she is lesbian, she finds herself attracted to a male Senegalese chef. How will her own inner confusions reflect on the family and will she finally reveal her true self? It’s an insightful film about dealing with prejudices while also learning to understand oneself.

An entire Parisian building learns how to coexist during the lockdown of the city. Touching upon distinct themes of isolation and the pandemic, this is a touching film that might foreshadow another reality with the Omicron variant spreading wide and fast.

It is a tale as long as history itself, the story of the “friendzone.” A sweet and darling Thibaut is a hopeful romantic, but chooses to take the path of friendship with Rose. In the meantime, he falls deeply in love with her and looks for ways to muster up the courage and confess his feelings. This cute rom-com is an easy evening watch and a feel-good movie.

The third and final season of France’s favorite show about a marijuana business is a great watch. After learning about the legalization of weed, this family turns their butcher chop into a weed cafe. But in excelling their expectations, will they run into some problems with the Colombian cartel?