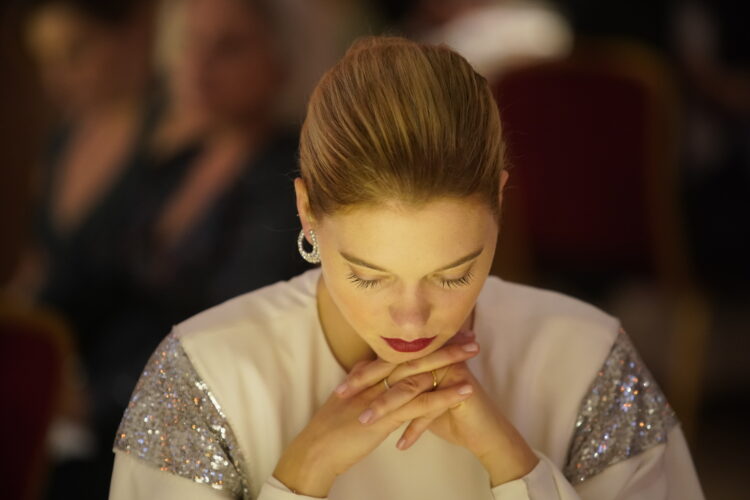 Director Bruno Dumont takes a jab at the French media with France, a new movie about a TV journalist so popular she can’t walk two feet without someone asking her to pose for a selfie. International superstar and recent Bond girl Léa Seydoux plays France de Meurs, a news reporter and anchor who giddily embraces her fame until a minor car accident throws her into an existential crisis.

The film opens with a press conference with French president Emmanuel Macron. Previously filmed footage is edited to make it look as if France is seated front and center. Her producer Lou, played by comedian Blanche Gardin, has prepped her to launch a bombshell at the president—to “waste him,” she says. When France is called upon to ask the first question, she takes Macron to task, accusing him of being deaf and powerless. She barely pays attention to his response, instead winking and joking with Lou who, from the other side of the room, mimes bomb blasts, oral sex, sex sex. Apparently, the French press howled with laughter when the film screened at Cannes. While the scene isn’t especially funny, its ridiculousness leads us to expect a raunchy, media-slamming comedy that might star Melissa McCarthy and Kristen Wiig in the American remake. The broad humor, however, isn’t repeated, despite Gardin’s attempts to keep things fizzy. Instead, the story swings confusingly between satire and melodrama, never really finding the right tone or deciding what it is trying to say.

When she knocks a young immigrant off his scooter while driving her son to school, France’s life is turned upside down. Eaten by guilt, she visits the victim (Jawad Zemmar), who requires knee surgery, and later offers his family financial compensation. It’s not entirely clear why the accident affects her so profoundly, but soon she quits her job and flees to a Swiss spa. At this snowy refuge for the rich and famous, she falls for a handsome young man, who isn’t what he seems, then returns to work, again without much explanation. The ensuing twists and turns, petty and tragic, never amount to much or provide further insight into what drives France. 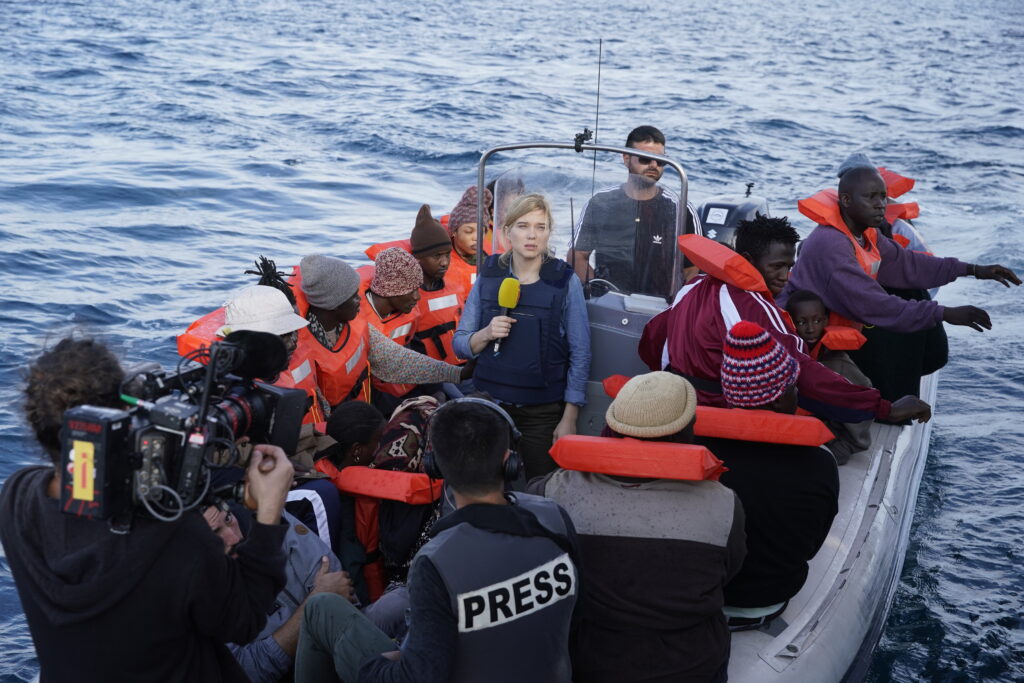 The film’s most interesting moments occur when France is reporting in the field. Here she rushes around, staging scenes in war-torn countries, as if playing with Barbie dolls. While bombs drop overhead and locals flee for their lives, France rushes through crumbling villages to find the perfect spot to place her camera. She shouts at her cameraman to capture her insipid sound bites from multiple angles, tears glistening on her cheeks, and instructs a Tuareg fighter to shake his Kalashnikov in the air just so. Microphone in hand, she plants herself in a boat carrying refugees to safety, only to retire to a spotless speedboat between shots. Here Dumont captures some of the insanity of today’s sensationalist side of the news, the staged conflicts and heartfelt moments that pass for the truth.

Is Dumont trying to say that France is a person who does it all for show? Or is she simply a cog in a flawed system? It’s impossible to know. Even when personal tragedy strikes, we’re kept at a distance from France and her emotions. We never really know who she is at all.

In his early films, La Vie de Jésus and L’humanité, Dumont worked with nonprofessional actors, and shot in Bailleul, his hometown in Northern France. He explored small-town boredom and racism that seethed like a malignancy, building to inevitable bursts of violence and rage. Dumont never offered explanations, though occasionally he granted a moment of grace—the land pushing green and eternal toward the horizon. There are moments here that might be attempts at such grace, but they aren’t clear or discernable. We don’t trust France enough to believe she really cares about anything. She is a cipher, a bored young woman who doesn’t know what to make of her successes or misfortunes. Is she trying to make sense of life with its joy and its pain, or is her mind a blank? Impossible to tell. All we can do is watch as she smiles, she cries (again and again and again), as she mocks her fans, her subjects, and the world around her, occasionally pausing to say that something strikes her as beautiful or cruel or unjust. Maybe France is simply doing her best, going with the flow, taking life’s slings and arrows like a champ, waiting to see what happens next.