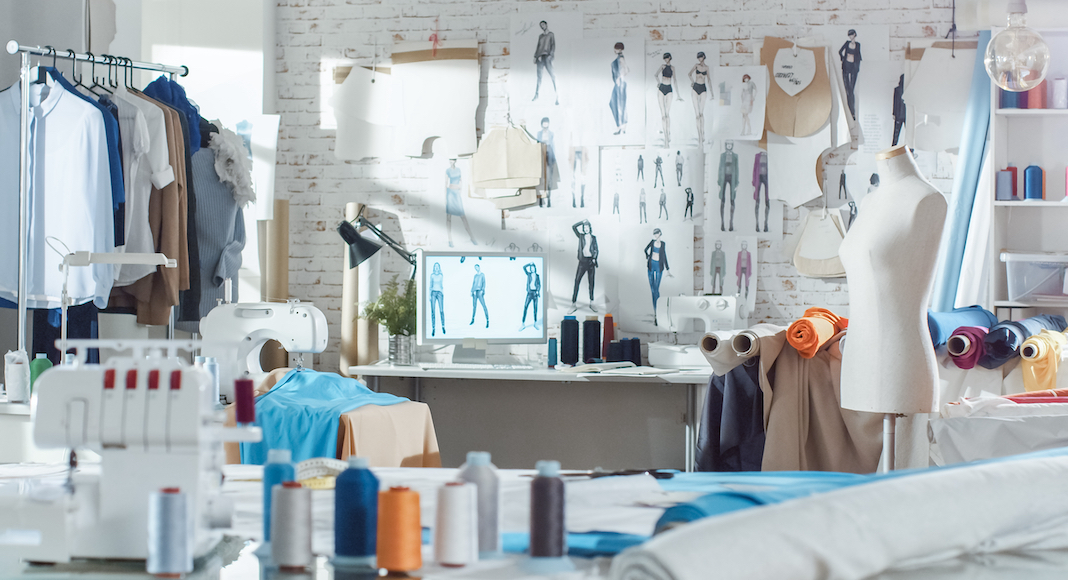 7 French Fashion Designers and their Muses

They say that behind every great man is a great woman, and nowhere does that seem to ring truer than in fashion. Here is a look at just a few of the French designers of today and yesterday, and the women who inspired their best work.

Arguably the most iconic designer/muse duo of all time, Hubert de Givenchy and Audrey Hepburn were inseparable. Givenchy designed the dress Hepburn wears in Breakfast at Tiffany’s, and continued to be her go-to for films like Sabrina and Funny Face. Their partnership began in the 1950s and continued until Hepburn’s death in 1993, both onscreen and offscreen, as with the elegant white flower-patterned Givenchy dress that Hepburn wore when she received an Oscar for Best Actress in 1954 for her role in Roman Holiday. Though he dressed her in classic blacks and whites in her younger years, as their partnership evolved, so did the clothes: think of the wild red feathered look she wore to receive California’s Lifetime Achievement Award in 1988.

When asked to bring to mind just one example of Madonna’s enduring fashion legacy, it should be difficult. And yet, one particular image is burned onto the backs of your eyelids: the cone bra designed by fashion’s enfant terrible, Jean Paul Gaultier, who announced his retirement early last year. The controversial and provocative—yet undeniably humorous—outfit was designed for Madonna’s Blonde Ambition tour in the 90s, and revisited several times throughout her career. Though rumor has it the look was actually invented for Gaultier’s teddy bear! Regardless, the two have maintained their partnership for the last few decades.

If there’s one thing you can say about the Kardashians, it’s that they provoke a strong reaction. But with a love for fashion and cash to burn, they’ve managed to bring quite a few designers over to their corner. One is Olivier Rousteing, Balmain’s creative director, whose “Balmain Army” counts among its members the influencer and model Kendall Jenner. Jenner and friends like Gigi Hadid and Karlie Kloss often identify themselves with the Balmain Army and the strength, sexiness, and empowerment it represents.

The younger of you reading might know what a Birkin bag is without actually having an idea of the meet-cute that occasioned the bag’s invention. On a flight from Paris to London in the early 80s, the contents of Paris-based British actress and singer Jane Birkin’s bag spilled all over the airplane. The witness was chief executive and artistic director of Hermès, Jean-Louis Dumas. What began as a conversation about why womens’ bags need more pockets led to the creation of one of the company’s—and history’s—most sought-after handbags.

Yves Saint Laurent had many muses, but two seemed to inspire him along very different lines. One was Loulou de la Falaise, “the quintessential Rive Gauche haute bohémienne.” The other, Betty Catroux, tall, blonde, cool as ice, and androgynous. Saint Laurent considered Catroux his “twin,” his constant companion. Both were some of the first to wear his famous woman’s tux, Le Smoking.

Louis Vuitton’s creative director Nicolas Ghesquière started working with actress Charlotte Gainsbourg (daughter of Jane Birkin, also on this list) when he was at Balenciaga, but their relationship has only strengthened with time. Gainsbourg’s couture rock’n’roll aesthetic meshes perfectly with Ghesquière naughty-and-nice style, as with this leather-heavy collaboration from 2018.

The German-born Parisian designer Karl Lagerfeld, whose 2019 passing shook the world of fashion, had a great number of muses. Cara Delevigne, Rihanna, Kate Moss, Keira Knightly, and Lindsay Lohan have all worked with Chanel under Lagerfeld’s reign, but there are three women who really stand out as emblematic of the edgy aloofness he loved. The first, Inès de La Fressange, became the first model to sign an exclusivity contract with a fashion house in 1983, and was chosen because of her striking resemblance to Coco Chanel. Her relationship with Lagerfeld ended in 1989 because he disapproved of her choice to sit for a bust of the Marianne, which he considered the embodiment of everything “boring, bourgeois, and provincial.”

Inès was succeeded in the 90s by child music star Vanessa Paradis, a singer whose modeling career kicked off with a 1991 Chanel perfume ad in which she swings from a trapeze inside a bird cage. (Paradis’s daughter, Lily-Rose Depp, the spitting image of her mother, began modeling for Lagerfeld at the age of 15.)

Today, the famous face you’re likely to see sporting pastel tweeds and diamond camellias on and off runway is actress Kristen Stewart, who is so beloved by both Lagerfeld and his replacement, Virginie Viard, that last month, Chanel produced a runway show in which Stewart was the only guest in attendance.