Stretching from Toulouse to Sete, in southwestern France, the Canal du Midi is a feat of architectural genius, partially responsible for helping trade flourish in the region in the 17th century by allowing ships to avoid having to go around the tip of Spain to reach the Atlantic Ocean. It’s also a rather off-the-beaten-track trip (in comparison with, say, the Cote d’Azur or the Loire Valley) for those looking to discover a new part, and a different pace, of France.

Visitors to the region can hire boats or rent bikes and make their way along the canal at their own pace. Hikers walk along the trail — sometimes using it to make their way toward the Camino de Santiago in Spain. With a number of hidden treasures, the canal has no shortage of things to see and do. If you’re looking to discover the canal, these are seven great ways to get started.

1. Watch one of the canal’s locks in action

Between Toulouse and Sete, more than 60 locks help boats pass between different sections of the canal. The mechanics are rather simple, but the process is nonetheless fun to observe — and not to mention critical to the functioning of the canal. When boats enter into a lock, water is slowly drained from the basin, or filled into it (depending on the direction the boat is going), allowing the boat to move on to the next section. Along the canal, each lock has a different name and character to it. Some are quite well-tended, with small cafes and gardens, while others are simpler in nature. For bikers, various locks serve as water distribution points and lock keepers are usually friendly and open to chatting for a few minutes before you go on your way. 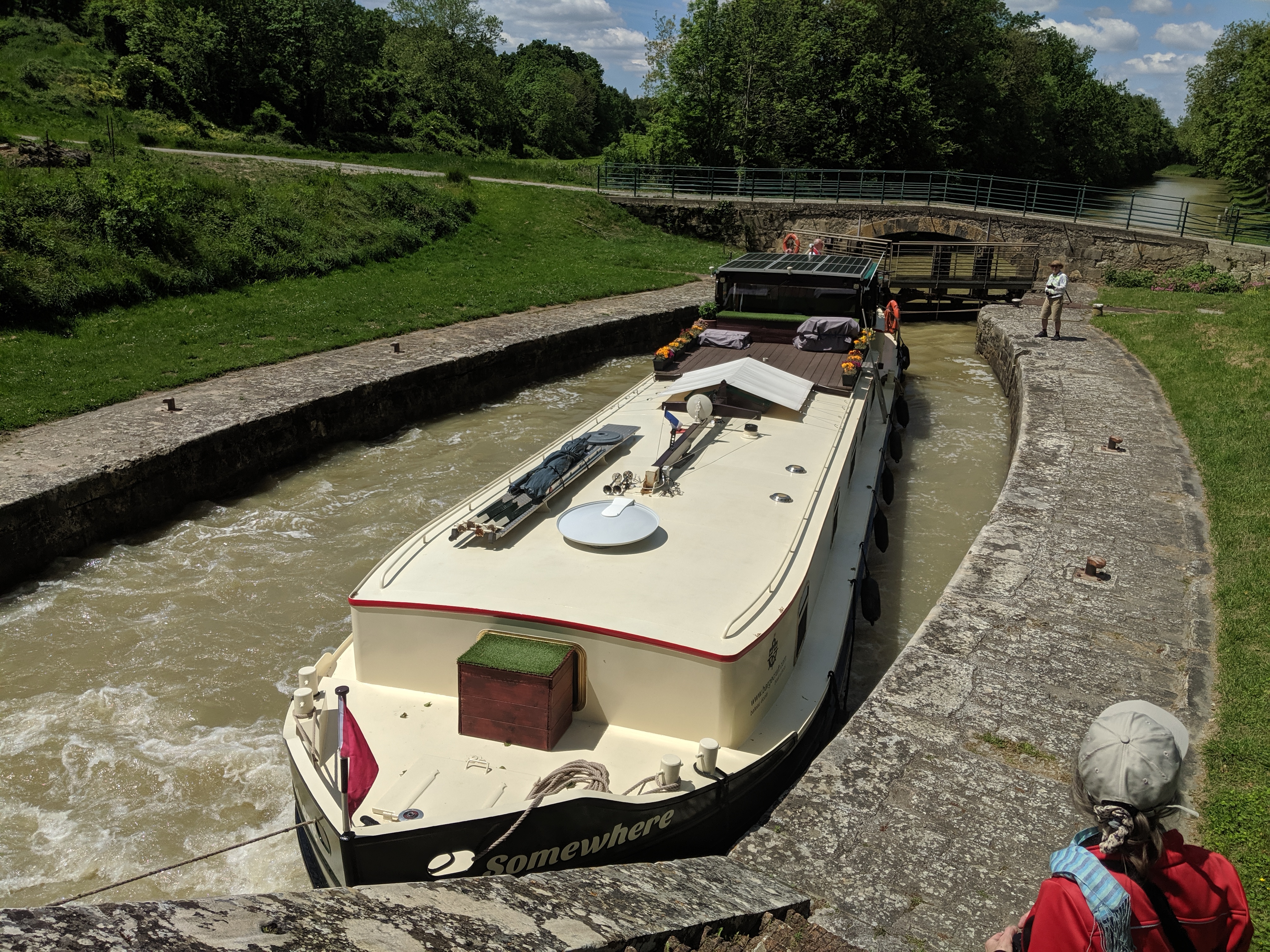 2. Grab an apéro at a 19th century lock keeper’s residence

One of the first locks you come across along the canal is a unique one. The Ecluse de Castanet is both a functioning lock and a year-round restaurant, to boot. Offering regional and local specialties, and located not too far from Toulouse, the restaurant draws in a broad combination of solo cyclists, families, and locals. The inside is cozy and gives you a glimpse of what life was once like for lock keepers (official government employees who manage each of the individual locks along the canal). 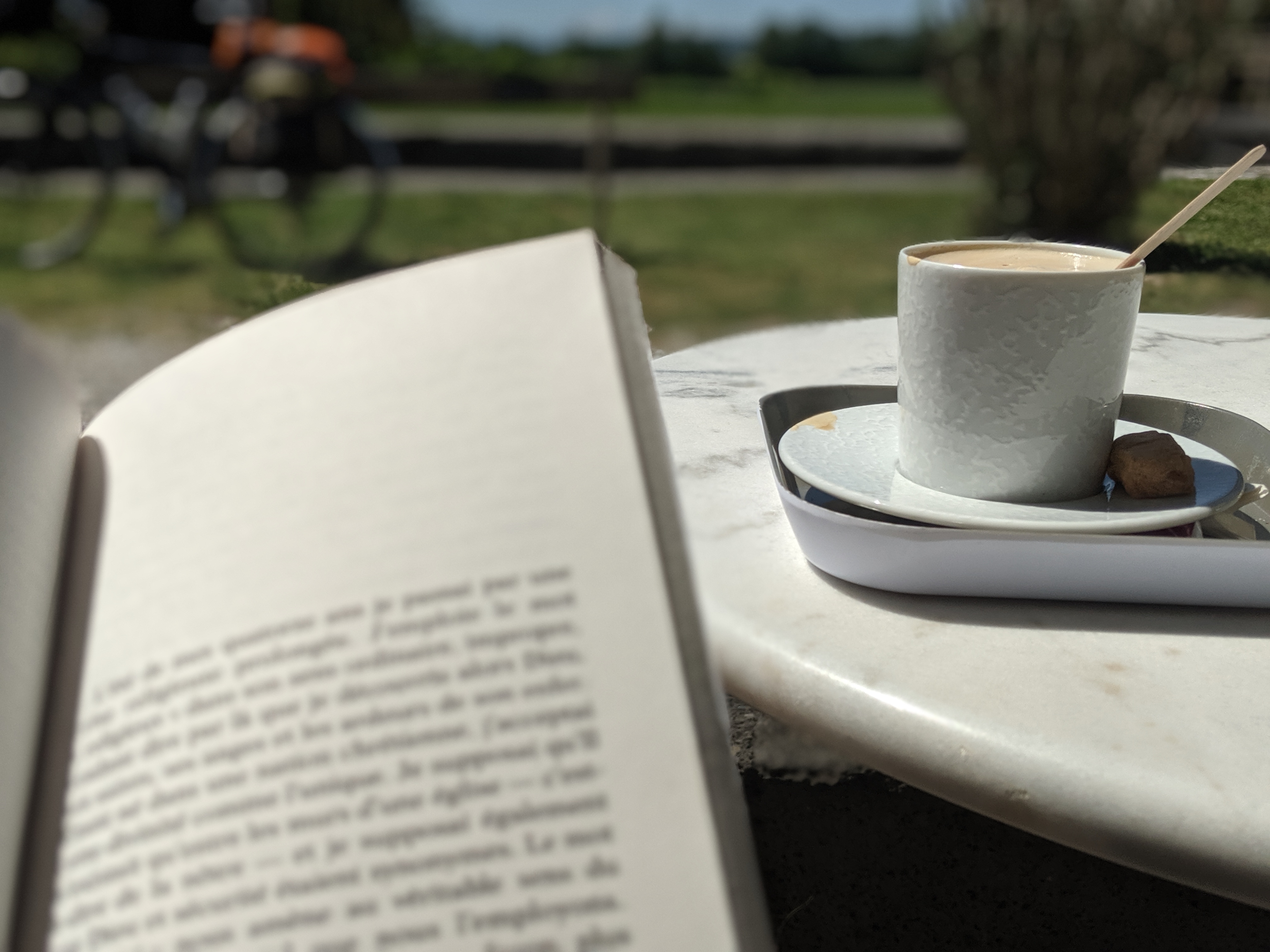 From Cahors to Carcassonne, southwestern France is also home to many of France’s most notable wine producers. While we wouldn’t recommend drinking too much wine while biking or navigating the canal by boat, there are a number of cellars and domaines to stop along the way for a wine tasting ― 65 in fact, according to the Canal du Midi smartphone application. Some, like the Domaine des Maels, are located right on the canal, while others will take you only a kilometer or two off the trail. 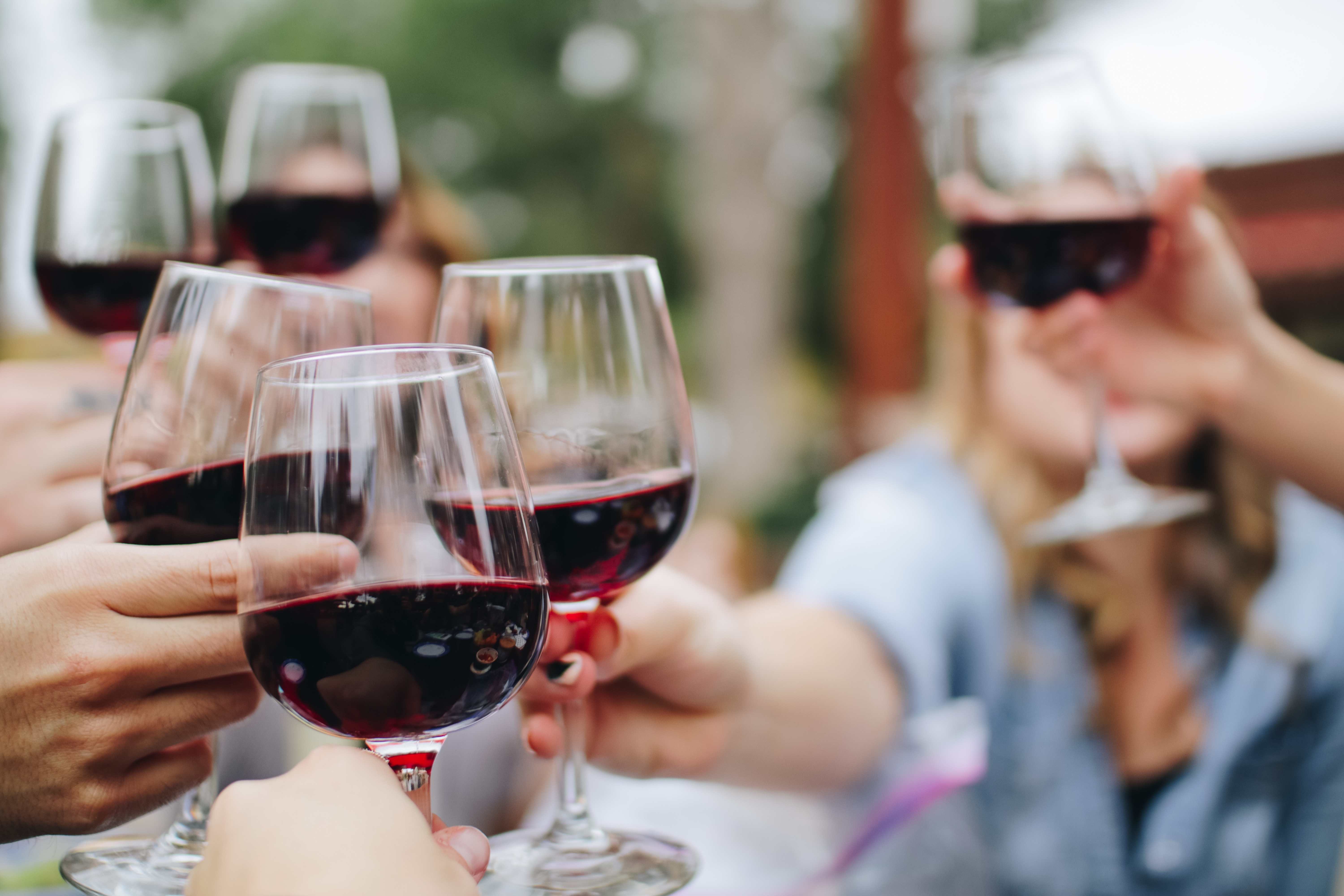 4. Visit the walled city of Carcassonne

A tale of two cities, one old and one new. Carcassonne, which roughly marks the midway point of the canal, contains two cities of a very different character. The walled old city takes you back to the Game of Thrones era (except for the tourists wielding selfie sticks instead of swords). A UNESCO heritage site, La Cité de Carcassonne is a heavily fortified château whose history dates back to before the Roman Empire. Free for students under 25, and just nine euros for everyone else, the castle tour is certainly worth an afternoon trip off the canal. 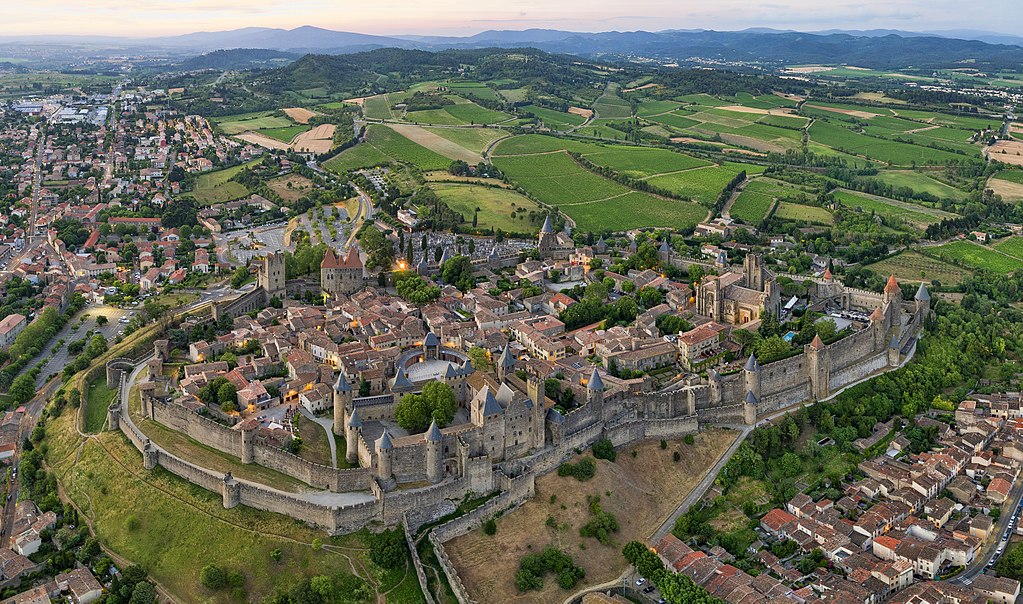 5. Take a side trip to the canal’s source

A great way to learn about the history of the canal’s construction is to take a trip to its source: the Bassin de Saint-Ferreol. The 780-meter wide and 120-meter deep basin took five years to construct and is a critical source of water for the canal during the summer. Getting there ― at least by bike — takes about an hour, as the route meanders up into the mountains across stunning landscapes. Once you’ve reached the basin, there’s even a spot to picnic. Nearby, you can stroll through the elegant gardens of Saint-Ferreol, replete with informational plaques, a waterfall and, for some reason, a small monument to Thomas Jefferson. 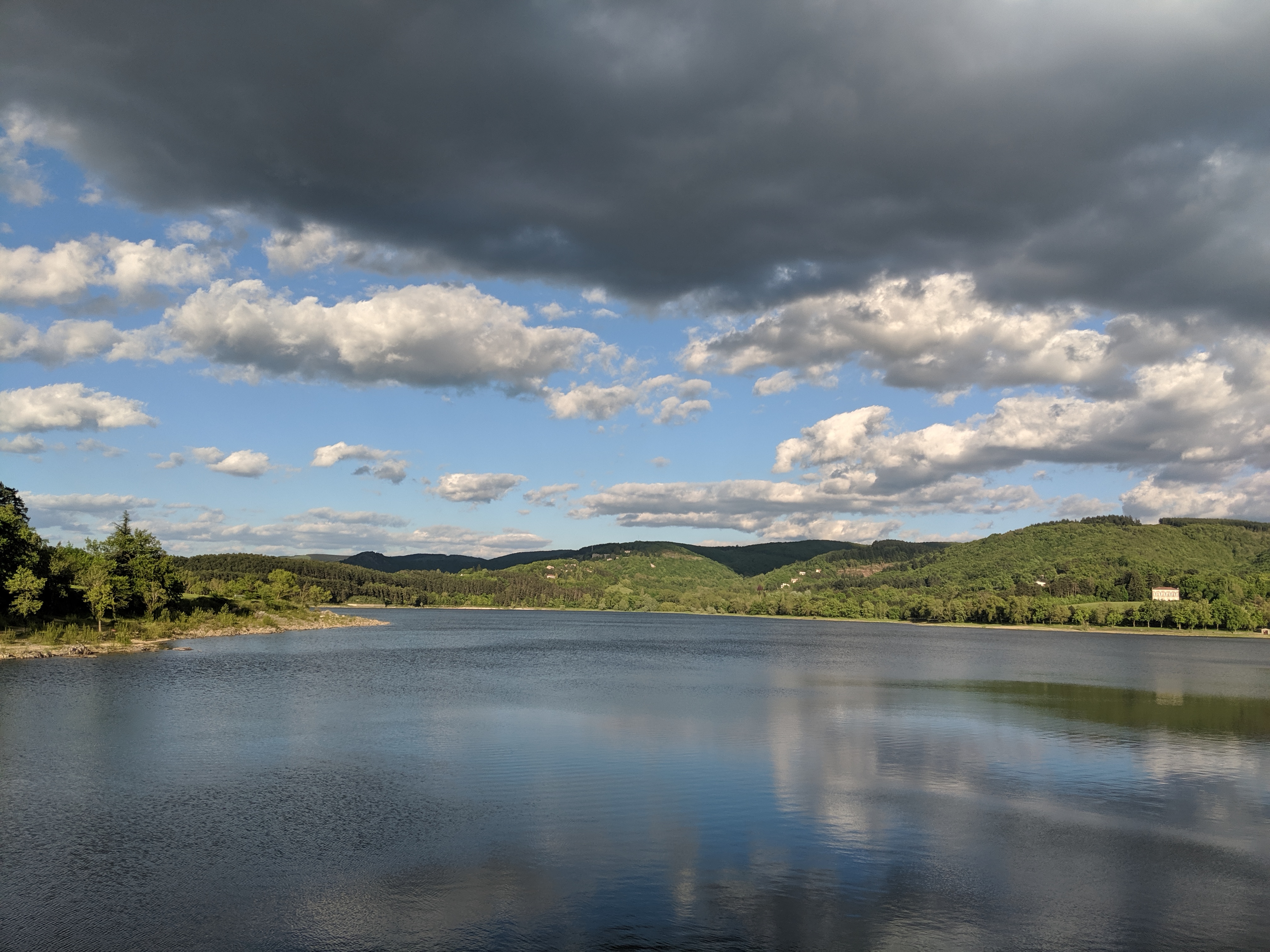 6. Grab some cassoulet in Castelnaudary

Castelnaudary is (or at least claims to be) the home of cassoulet, a traditional southwestern stew of white beans, sausage, pork, duck and various vegetables. The incredibly hearty dish — we might not recommend this for lunch — was purportedly invented during the 100 Years War by peasants who were forced to heap together any and all foodstuffs they could find in order to avoid going hungry during the siege of Castelnaudary by the British. Today, the stew can be found in restaurants across France and around the world, but Castelnaudary remains the place where it’s the most authentic. 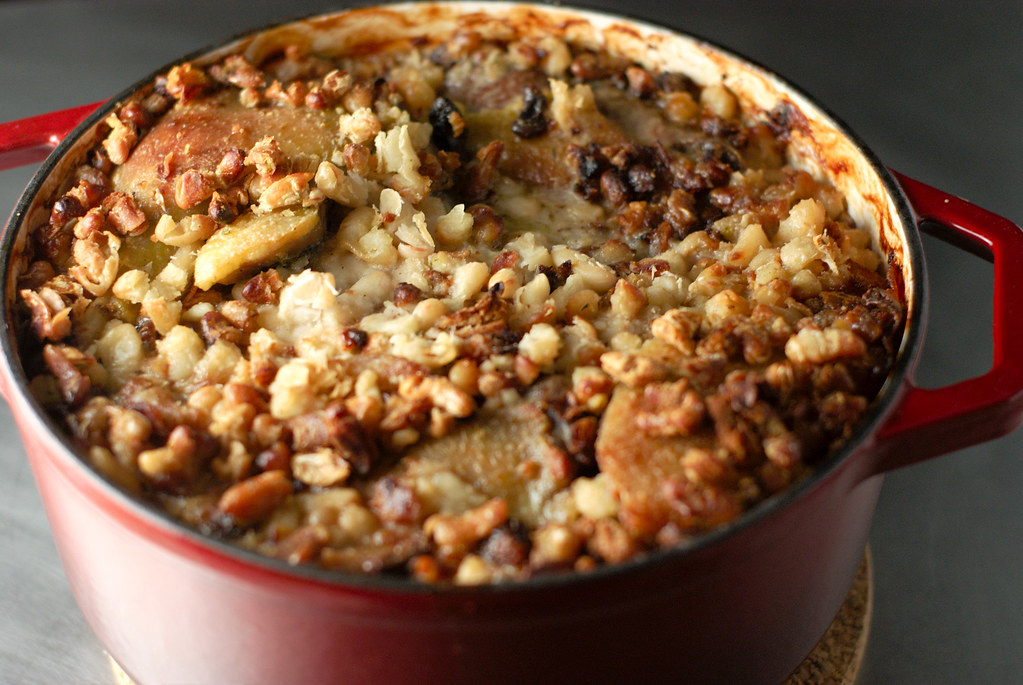 7. Meander around the sculpture garden at the Ecluse de l’Aiguille

For a whimsical break along the canal, be sure not to breeze past the Ecluse de L’Aiguille. Near the town of Puicheric, this particular lock is famed for its collection of funky sculptures, crafted by the autodidactic lock keeper himself. The artist uses everything from rusty iron poles to bike chains to craft his constructions, which are all for sale. He has a good sense of humor, too, and one group of his sculptures — including a naked woman riding a bicycle, a man sticking out his tongue, and a bobblehead figure with very large eyes — is on a motion sensor, so they all begin to move when visitors walk past them. 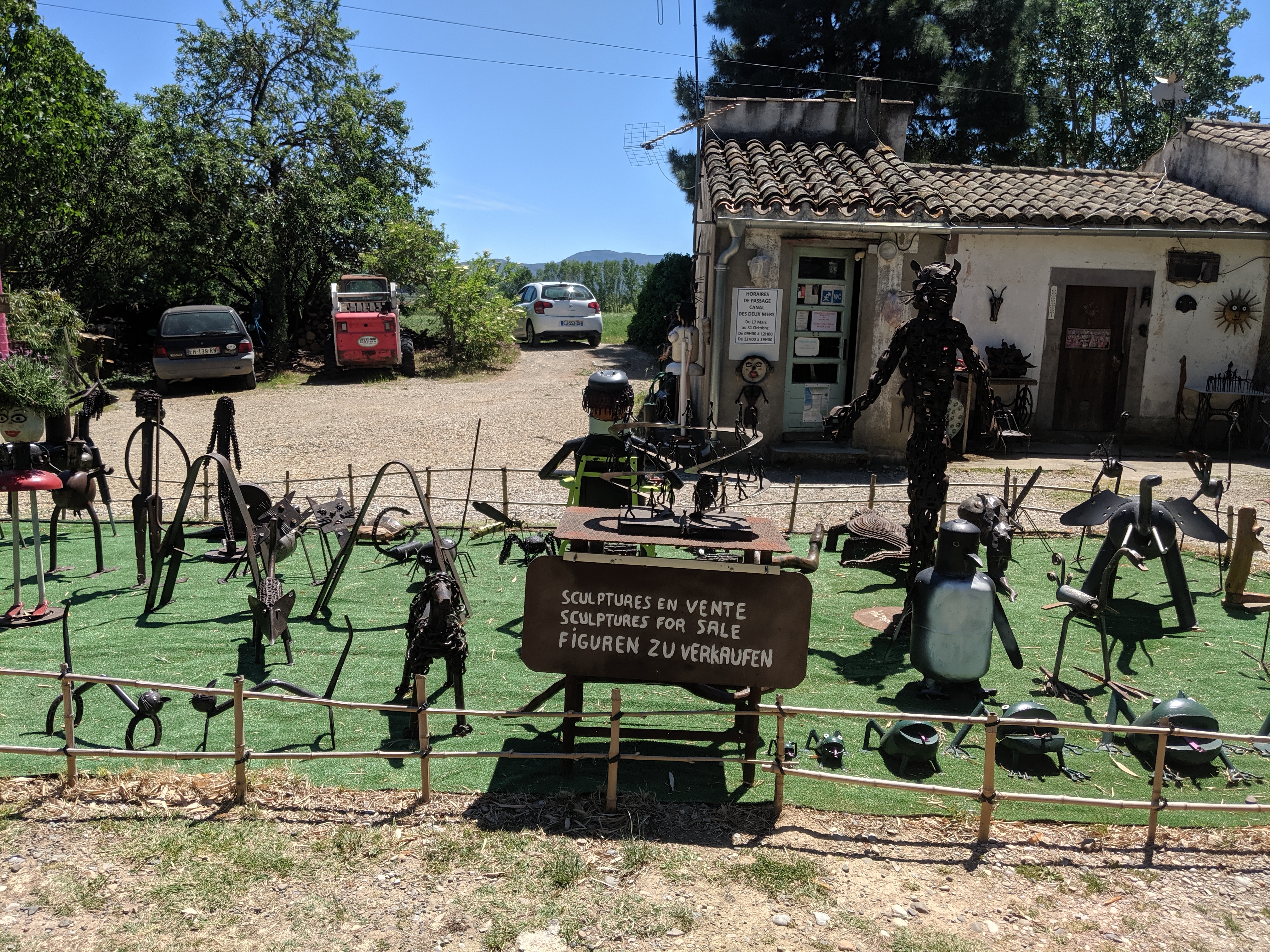