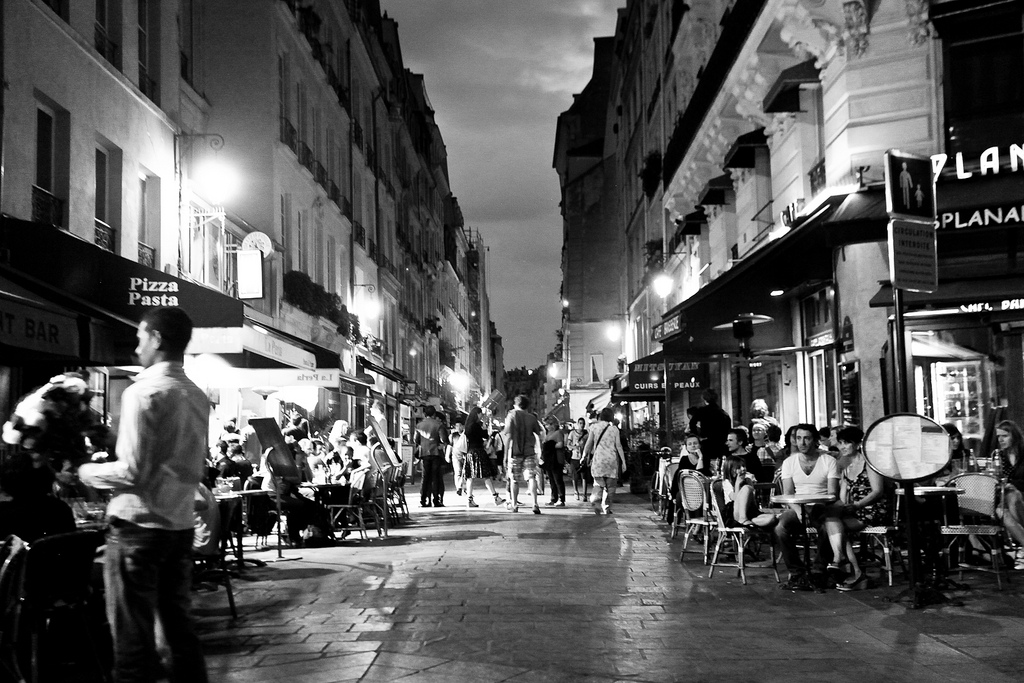 3 Days in the 2nd Arrondissement

The 2nd arrondissement of Paris sits on the Right Bank of the Seine and is one of the city’s most vibrant commercial centers,  with the old Paris Bourse and the Paris Opéra calling the neighborhood home. The 2nd is also home to the majority of the enclosed commercial walkways (“arcades”) from the 19th century, although only Galerie Vivienne is still truly bustling. If you’ve only got three days to spend in the 2nd arrondissement—and only there—here’s what you shouldn’t miss:

No arrondissement in Paris truly wants for good restaurants, and while the nearby Marais is the go-to neighborhood for schwarma, the 2nd does boast the noveau styling of Filakia’s souvlaki. Frenchie is about as much of a must as there is on either side of the Seine, and Chef Marchand’s ever-changing menu of dishes like poultry from Rouen, duck from Challans, and ice cream from Japan take contemporary French cuisine and turn it on its ear.

Le Point Zéro offers an “ephemeral” menu of seasonal dishes that are nonetheless as effortlessly traditional they are contemporary, from a black Angus pave de rumsteak au poivre to côte de veau, and an intensely reliable bistro burger and risotto du jour.

It’s an absolutely no-brainer, drinking in the 2nd, especially for Americans. Along with Customs, Harry’s New York Bar is the only place Americans are required by law to check in when arriving in France. Frequented by luminaries like Ernest Hemingway and Sinclair Lewis, both real and fictional pugilists like Jack Dempsey and Humphrey Bogart, and the place claims to be—and who’s to argue?—the birthplace of the French 75 champagne cocktail, the Side Car, and the Bloody Mary.

In you’re interested in the continued innovations in mixology, the Experimental Cocktail Club is a dream for drinkers, with its muddled mints and cucumber water, its knowledgeable, amiable staff, and its very late (for Paris) closing time. And while you could return to Frenchie for their Bar à Vins, the cheese and wine tastings at Ô Chateau are not to be missed.

The Opéra Comique, based in the third iteration of the Salle Favart (built in 1898, the year New York’s boroughs became New York City), has been performing in Paris since the early 1700s, and while shows are on hold at the Salle Favart until late 2016, the building is one of the most beautiful theaters in the city.

The Bibliothèque Nationale de France (National Library of France, natch) has moved its millions of volumes of books to the new-ish François-Mitterand Library in the 13th, but the Richelieu Library, with its reading room that looks like it’s straight out of a Jules Verne novel, still houses several collections within its gorgeously constructed walls.

The Grand Rex is the largest movie theater (what Americans called “movie palaces” in the first half of the 20th century), recognizable by its several huge signs announcing “REX” from a building that looks every bit like it belongs on Sunset Boulevard in Los Angeles. It opened in 1932 with the first film adaptation of The Three Musketeers to feature sound and still screens contemporary films in its massive, beautiful auditorium.

Right across the road of the same name from La Bibliothètheque Nationale, you’ll find the Galerie Vivienne, one of Paris’s covered walkways populated by prêt-à-porter apparel stores like Gaultier, watchmakers like Garde-Temps, and home furnishings, among others. Built in 1823, the Galerie is a historical landmark featuring a beautiful mosaic floor, but it is more than two decades years the junior of the Passages des Panoramas, Paris’s oldest covered walkway and one of the oldest in Europe. It also keeps a number of shops out of the rain, as well as restaurants, along with its tributaries, the Galeries Montmartre, Feydeau, Saint Marc, and des Variétés.

If being indoors reminds you too much of a malls back home, the Marché Montorgueil on the street of the same name offers a piece of the open-air market that was one Les Halles, with bars and cafés and fresh produce dotting the pedestrian street and radiating out to nearby roads.

If that left you wanting more, you can backtrack through the 1st arrondissement!