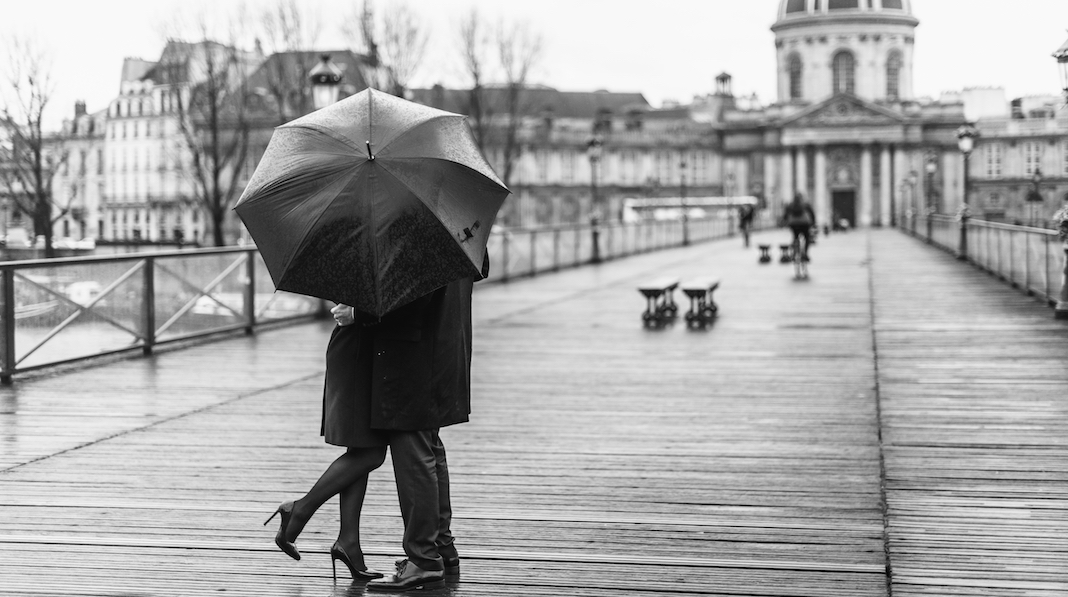 17 French Expressions About Dating and Relationships You Should Know

Believe it or not, The Little Mermaid method of attracting someone by not speaking is not efficient or sustainable in the longterm. The easiest way to find that dream French boyfriend / girlfriend is to speak the language. Here are 17 great French words and expressions about dating, relationships, breakups, and everything in between to help you find love in the City of Love.

This is the Americanized, modern version of “avoir le béguin” meaning, to have a crush on someone or like someone. For example, your friend Stéphane might say, “j’ai un crush sur ma collègue Alix.”

A very foreign idea to Americans, this is the question you ask if you want to transition from calling someone by the formal “vous” to the informal “tu.” So if Stéphane finally talks to Alix at an after-work happy hour, he may ask her “on peut se tutoyer?” (can we call each other by “tu”) to indicate that he’d like to get to know her and be closer.

“Être maqué(e)” means to be in a relationship. Once Stéphane and Alix start going out, Alix will tell guys hitting on her at bars, “désolée, je suis déjà maquée” (sorry, I’m in a relationship).

“Mon petit ami” and “ma petite amie” are a little outdated as terms for boyfriend and girlfriend go. Now the (younger) French prefer to say “mon mec” or “mon copain” for boyfriend and “ma meuf” or “ma copine” for girlfriend. When Stéphane arrives to meet Alix and her friends at the bar, she’ll introduce him, “Voilà, je vous présente mon copain Stéphane” (this is my boyfriend Stéphane).

This verb means to flirt. “Jean-Michel drague Sandra,” means Jean-Michel is flirting with Sandra. If he flirts too much or with a few other girls too, she’ll say, “c’est un gros dragueur” (he’s a flirt). And for those wondering, dragueur really isn’t ever used in a feminine form to talk about a girl.

Let’s be honest: anyone who has said “I don’t have a type” has also said “he’s not my type.” For you, you have “mon genre” (my type). When Sandra is asked what she thinks of Jean-Michel, she’ll say, “c’était pas mon genre de mec” (he’s not my type of guy).

An excellent verb, “se prendre un râteau” (to get hit by a rake) means to get rejected. So what happened when Jean-Michel asked Sandra out? “Il s’est pris un râteau” (he got rejected).

This noun is the equivalent of the vulgar American term for someone who you’re regularly casually having sex with but aren’t in a relationship with, also known as a bootycall. For example, “Après que Jean-Michel s’est pris un râteau, il a envoyé un SMS à son plan-cul: ‘hey tu fais quoi?’” (after Jean-Michel got rejected by Sandra, he texted his bootycall, “hey u up?”).

Love at first sight. If Jacques spots Catherine from across the room and has to go talk to her to get her name and ask her out, you can say, “il a un coup de foudre” (it was love at first sight for him).

This verb means to like something or someone a lot. After a few weeks of excellent dates with Jacques, Catherine will tell her friends, “Je le kiffe” (I like him a lot), and if he’s really great she’ll say, “je le kiffe grave” (I really like him a lot). (Note: you likely wouldn’t say “je te kiffe” to your boyfriend or girlfriend, it’s a little too casual.)

Though this phrase literally means to put set down a rabbit it’s really about standing someone up. For example, if Paul doesn’t show up for the 8:00pm reservation at L’Avenue with his girlfriend Marie, she’ll tell her friends, “il m’a posé un lapin” (he stood me up).

This verb is the one Marie will use when she tells her friends that Paul didn’t come to their date at L’Avenue because he was on a date with another girl. “Paul me trompe” (Paul is cheating on me).

“Larguer quelqu’un” means to dump someone. So when Paul doesn’t want to tell his friends that he and Marie broke up because he cheated, he might say “j’ai largué Marie” (I dumped Marie) or, if he wants some undeserved sympathy, “elle m’a largué” (she dumped me).

“Pécho” is the verlan of “choper” (to grab), but in verlan “pécho” has a different meaning: to hook up. It’s a verb, but because it’s verlan it doesn’t actually conjugate (ex: je pécho, on pécho, il a pécho, ils vont pécho). For example, Lauren googled “bars pour pécho à Paris” (bars for hooking up in Paris) and told her friends “je vais pécho ce soir!” (I’m going to hook-up tonight!).

A great innuendo meaning to have an orgasm, “(faire) grimper au rideau” or (to make someone) climb the curtains, is an old fashioned term but it’s made a comeback in French lexicon. The idea is that the sex was so good you orgasmed (i.e., climbed the curtains or made someone climb the curtains). The (obnoxious) catch is that only men can make women climb the curtains. So if Lauren meets Timothée at Little Red Door and takes him back to her place, the morning-after conversations go like this:

A necessary evil in the modern era, you have to know this term if you’re dating. Pulled straight from English and Frenchified, “ghoster” is how the French say “to ghost someone.” So, a few weeks later when Timothée’s friends ask what happened with Lauren, he’ll say, “elle m’a ghosté.”