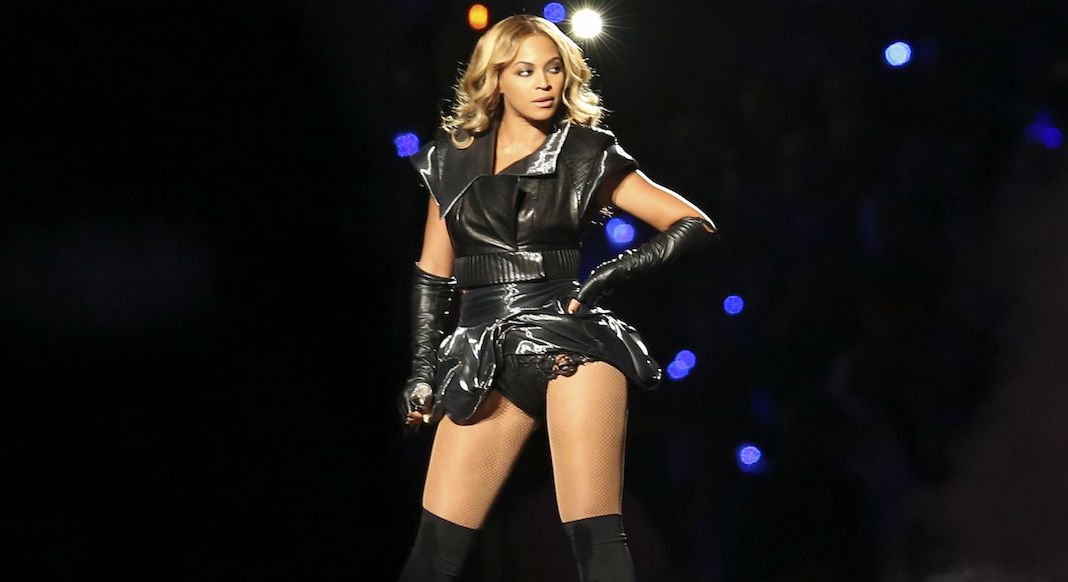 13 American Artists Who Sang in French

French words nearly always adds a touch of charm and elegance to English language music, and American artists haven’t ever hesitated to drop in a few French words, if not to do a whole song en français, over the years. Cult favorites, chart toppers, respectable hits and failed tracks, here’s a list of 13 songs in French by (or simply covered by) American artists.

At the 2005 Oscar ceremony, artist Beyoncé Knowles-Carter was asked to perform the song “Vois sur ton chemin” from the film “Les Choristes” in its original French version. A far from simple test, because despite Queen B putting all her heart and energy into it, the mispronunciations of the lyrics weren’t up to scratch for the French. Her popularity in France didn’t suffer, but she hasn’t sung the song since.

French pronunciation is challenging and hasn’t done any favors for Britney Spears, who is obviously new to the language. With “Coupure électrique,” the “Oops… I did it again!” singer deployed French to recount her sexual adventures in the dark. Though clubs and fans may welcome the song, French speakers are still looking for a translator.

Performed by the American girl-band Labelle in the middle of the disco era, this song tells the story of prostitutes of New Orleans, enticing their patrons with an easy five-word proposition. It’s an ode to the auctioneering that has marked the collective imagination. Just look at the 2001 cover by Christina Aguilera, Lil’Kim, Mya and Pink for the film “Moulin Rouge.”

In 2012, the rocker Iggy Pop released an album largely made up of covers of French songs. Soberly entitled “Après,” there are songs by Serge Gainsbourg, Joe Dassin, Georges Brassens and Édith Piaf. With a thick accent, he matches each French syllable to a bewitching rhythm. It’s not so much the accent that matters though, but rather the effective communication of an inability to live without love.

The end of the 70s was the hour of glory of disco, a trend that the young model Grace Jones seized on to launch her career. By recording a cover of Edith Piaf’s most famous love song, Jones used her Jamaican influences to bring reggae sounds to a solid disco foundation. The singer’s disarming magnetism and her French create a unique symbiosis that rejuvenate an already well-loved song. Forty years later, Jones’s version continues to stand out from the others so much that Dior chose it to accompany Natalie Portman in a perfume ad.

When he’s not on set, actor Joseph Gordon-Levitt doesn’t hesitate to pick up a guitar. It was during one of these rare stage performances that he performed Jacques Brel’s “La Valse À Mille Temps” with surprising mastery. His secret? He studied French music and poetry while at college (and clearly he listened in class).

Arriving from New York, the American artist Josephine Baker, with her energy, her charleston and her banana belt, conquered Paris to become a veritable star during the 1920s and 1930s. To express her gratitude to the people and country who welcomed her, she sang in French “J’ai Deux Amours.” It was an ode to a land and a capital that were more welcoming, she said, than America, where racism had kept her from achieving success. Making her words a reality, she obtained French citizenship in 1938 and became fully involved with the Resistance during World War II.

It was at the beginning of her concert in Paris in December 2017 that Mariah Carey began to sing the famous Johnny Hallyday song, “Que je t’aime,” in a tribute to the French rockstar who had died a few days earlier. Surprised and touched, the French audience sang the mythical chorus with her.

In 1994, one of the most famous American thrash metal bands released “À Tout le Monde,” a song inspired by a dream that leader Dave Mustaine had in which he saw his late mother come back to talk to him one last time. The only French words are in the chorus, the very heart of the song: “À tout le monde, à tous mes amis, je vous aime, je dois partir” (To everyone, to all my friends, I love you, I must leave). Simple and effective words to express the ultimate farewell to the people we knew and loved before their death.

Nevertheless, the song wasn’t to everyone’s taste. MTV wouldn’t show the music video, accusing it of promoting suicide and, in 2006, it was cited by the perpetrator of a school shooting at Dawson College as a source of inspiration. Megadeath responded, saying the perpetrator wasn’t worthy of being a Megadeath fan and expressing his love for Montreal.

In 1989, to celebrate the bicentennial of the French Revolution, American soprano Jessye Norman was invited to perform France’s national anthem for the Bastille Day parade.

Not having been particularly successful in the U.S., the California rock band Big Soul had an unexpectedly successful career in France. The track “Hippy Hippy Shake” opened doors for the group but it was “Le brio” that provided the breakthrough. The success in France can be explained by the intelligent mix of powerful guitar riffs with a mix of French phrases that are unrelated to each other but perfectly in tune with the tempo.

The French version of the track “I Just Can’t Stop Loving You,” released in 1987, “Je Ne Veux Pas La Fin De Nous” was recorded by Jackson using a text by Christine Decroix, for release exclusively in France. But the lack of enthusiasm from the record companies kept the track from receiving any kind of mass marketing campaign. Which frankly is a shame because the American accent and Jackson’s vocal abilities do wonders on a grammatically questionable text. Available in the depths of the internet before finally appearing on an official support (the re-release of the album “Bad” in 2012), this version continues to please the singer’s French fans.

“Je ne veux pas travailler, je ne veux pas déjeuner, je veux seulement oublier” (I don’t want to work, I don’t want to eat lunch, I just want to forget). An excellent chorus you can’t help but hum from time to time. Released in 1994, written and performed by Pink Martini, the song is inspired by a poem by Guillaume Apollinaire, entitled “Hôtels.” It’s a false ode to idleness, to a “je ne sais quoi,” which China Forbes sings so well. Not bad for an artist who claims that she’s only studied French in high school.