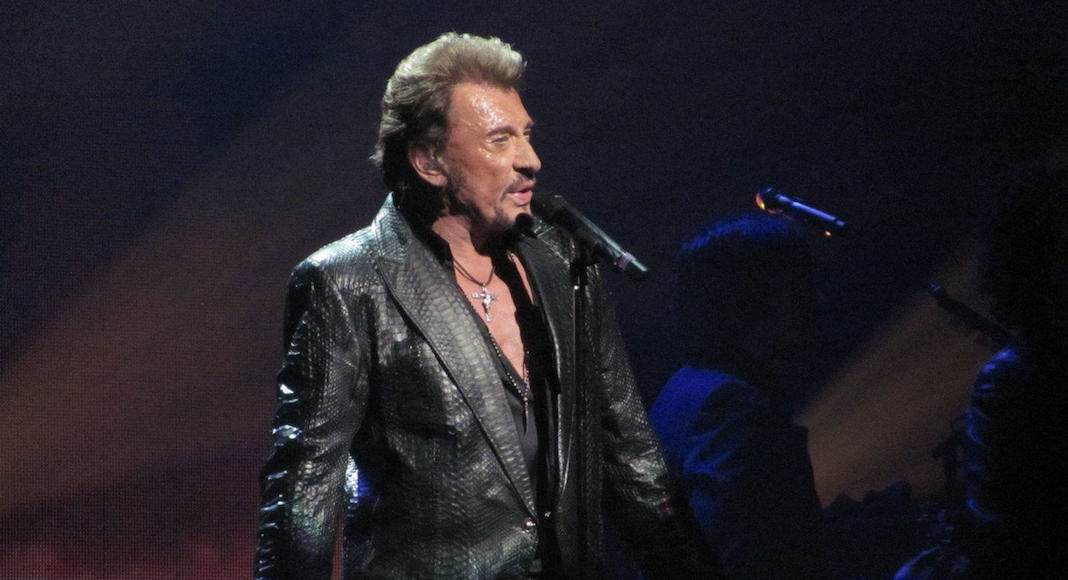 Johnny Hallyday and the USA: a Story of Unrequited Love, in 6 Songs

Admit it. You don’t know know who Johnny Hallyday is. Maybe you’ve heard French people talk about him as though he should be on the mantel of Ultimate Patriots with Bruce Springsteen, Johnny Cash, and Toby Keith. “Jaw-nee Holly-dayh,” as the French say it, sounds like a butchered American name. And that’s the point.

Born in France as Jean-Philippe Smet, he renamed himself Johnny Hallyday after an American dancer by the name of Lee Halliday. A national sensation for over 50 years, Hallyday was France’s Elvis, their introduction to American rock and roll, and an invigorating spirit for postwar baby boomers. His infatuation with the US was evident: he covered many American classics, and his own hits had a distinctly American sound despite the French lyrics. He donned jackets with leather fringe, crossed the US on his Harley-Davidson, and filmed a music video that features him as a trucker. He was our biggest fan.

Yet, we didn’t know him. Post-mortem, let’s start to make up for lost time and appreciate the man we never loved, who frankly, deserves our attention. Check out these 6 songs by Hallyday about the US (which, inherently, are also songs about unrequited love).

It’s one of Johnny’s best. The superb “Quelque chose de Tennessee” does not pay tribute to the American state, but rather to the playwright Tennessee Williams, playwright of “A Streetcar Named Desire.” Released in 1985, it sold 250,000 copies.

The story behind “Hey Joe” goes back to 1966. Johnny Hallyday suggests to a certain Jimi Hendrix that he be his opener for a series of concerts in France that October. Hendrix played his “Hey Joe” at the Olympia in Paris at the end of Hallyday’s show. According to Johnny, later when Hendrix was recording the song in London, he called Johnny and suggested that he do a French version, which was released in 1967.

Here’s a song that perfectly symbolizes Johnny Hallyday’s American influences. From his 1996 album Destination Vegas, “Rouler sur la rivière” is the French adaptation of Creedence Clearwater Revival’s mythical 1969 hit, “Proud Mary.” Johnny’s version is not about Memphis, New Orleans, or someone who “left a good job in the city,” but rather a guy who stops “son job au garage” (“his job in the garage”).

Even though Johnny Hallyday was nicknamed “French Elvis,” the two men did not meet, as Johnny suggested on “C à vous” in 2014. However, they almost ended up in the same hotel room, belonging to actor-singer Sammy Davis in Atlantic City after one of Presley’s concerts. But Johnny was sick, and declined Davis’ invitation to join them. “Celui que tu préfères” is inspired by Elvis Presley’s “Teddy Bear.” It was released in 1964, seven years after Presley’s hit.

Even if he wasn’t known in the United States, Johnny Hallyday brought a whole generation to witness America through his iconic rock anthems. Here, he takes les français down south with “Bon baisers d’Alabama” (“Good Alabama Kisses”) in 1982.

In this song sung against the backdrop of patriotic American melodies, Johnny declares his love to the United States “a road with no red lights,” which “invites me to spend Christmas in Tennessee and to ride a horse in West Virginia,” and where he meets “a girl in jeans” walking along the Mississippi.