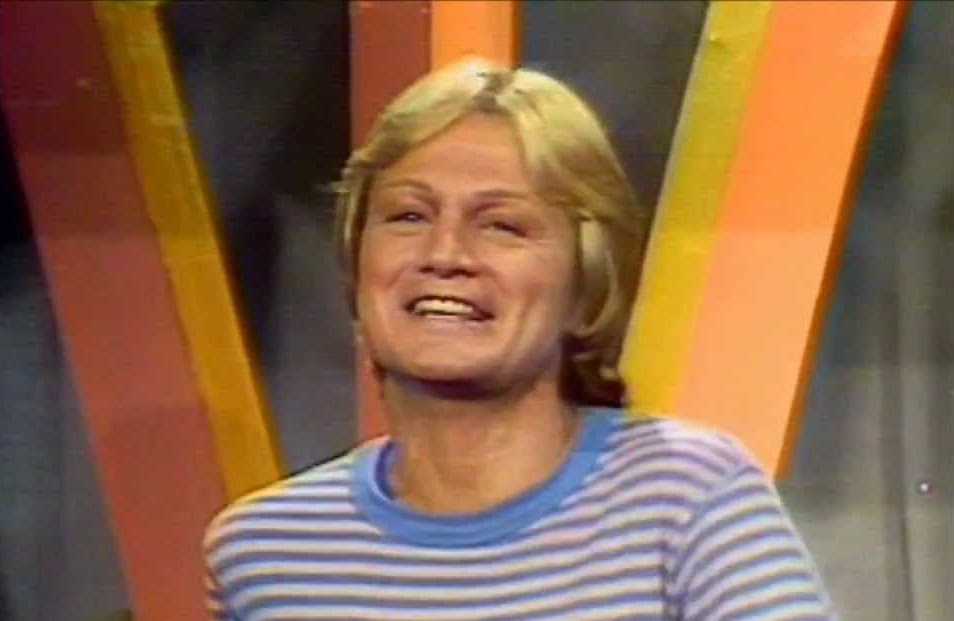 Aside from the British Invasion, American music has been the most successful form of colonization imaginable, pervading the globe with an ease only matched by Coca-Cola, McDonald’s, and selfies. But not everyone speaks English, leaving a glaring hole in the marketplace for translations of English songs—and the French have turned the rewriting of American and British hits into an art form in and of itself.

This song not only changes the name of the Beach Boys’ famous “Barbara Ann,” they picked up the bass line and turned it into something just short of the Seinfeld theme. There’s something refreshing about hearing the song without its original and all-too-familiar lyrics. “Marylène” seems like a bonkers name for a girl to have, but it’s at least a change from “Barbara Ann.” Circus even rewrites the section where the Boys would normally be talking in the background and jams some very mid-70s guitar soloing in its place.

It’s rarely a good idea to cover a Bob Dylan song unless you have that rare genetic mutation that makes you Jimi Hendrix. But Aufray’s cover of Dylan’s protest song adds an eerie, almost Western dimension to the song, with a sickly dobro sliding around the edges of the lines.

If a musician’s going to cover a song, they’d better make it their own at the very least. Dassin does one better, turning Jason Crest’s “Waterloo Road” into a song about the Champs-Élysées. The cover trounces the original chorus’s clunky “Down Waterloo Road” in a way that tricks your ears into thinking that “Aux Champs-Élysées” are the correct lyrics, since they fit way better than the English lyrics. It’s also a simple fact that singing a line that ends with a wide-open ay sound is more fun than singing one that ends in a terminal duh.

Dassin attempted the same magic trick with “Salut Les Amoreux,” a revision of “City Of New Orleans,” a song written by Steve Goodman and popularized by Arlo Guthrie (“Good morning, American, how are ya?” if you don’t know the song by its title). Unlike “Champs,” “Salut” is the “Waterloo Road” of this pairing.

Sheena Easton’s “Morning Train” is one of those songs that, between listenings, disappears mercifully from your mind, only to press every endorphin button when it inevitably pops up somewhere you didn’t expect it to appear. The lyrics are maddening—no one cares what your boyfriend’s commute looks like—but the song is irresistible. Vartan saw an opportunity in the marketplace, penning lyrics that Wikipedia calls “entirely unrelated.” Instead, the song is about how “love is like a cigarette that burns and goes to your head: once you can’t do without it, it all goes up in smoke.” It may be the most French thing ever to happen, and the video for the song is Leonard-Cohen-performing-“Hallelujah”-on-German-TV-level weird.

One of the strangest experiences Paris has to offer is sitting near the moulin at the Abbesses Métro and hearing a French gypsy jazz band perform a song entirely in French except for the single line “Sweet Georgia Brown.” It’s much easier to hear Johnny Hallyday sing Jimi Hendrix’s “Hey Joe” all in French except for the title, and the song, like most songs, benefits from the addition of a horn section. The lyrics are all rewritten, as they are in his cover of “House Of The Rising Sun” (“Le Pénitencier”), which he turns into a song about a man lamenting the life that led him to prison, making it a sort of spiritual sequel to “Hey Joe.”

Hallyday announced today that, were he not a singer, he’d be fighting IS right now.

Not content with reminiscing about a single, landmark night like the Four Seasons, François turned “December, 1963 (Oh What A Night)” into an audiologue of his rise to fame. The song is exactly as riling as the original, and the video is a glimpse into madness itself, featuring backup dancers dressed like something out of Richard Simmons’ nightmares. François’ banner year is easily pegged to 1957 or 58, thanks to a reference to “that bird Sputnik.”

The world did not need another version of this song. It barely needed the original. But since the bikini was a French invention—of course it was—it seems like the story of a girl too shy to reveal the new swimsuit is really theirs to tell. And it seems that there is no French translation for “itsy bitsy,” either—their sing-song spider was defined by its Gypsy-ness.

Instead of crying because it’s his fête, Anthony takes Leslie Gore’s seminal party-pooper song and makes it about a guy who’s celebrating the one-year anniversary of a breakup by going out and dancing. The character could even be the infamous Johnny who snuck out of Leslie’s party with Judy and set this whole romantic catastrophe in motion. But now Richard has done his time, and he’ll do what he likes, because he decided tonight to enjoy himself. Good for you, Ric. Good for you.

“Cécilia, your bed is too hard, yet there will good dreams / Cécilia, your wine is too sweet, but I like its taste on your lips.” Basically, when you’re twenty, you have all your life to be faithful, but you’re such a beautiful sixteen-year-old, I don’t care if flowers show up from other dudes because eventually I’ll only have the key to your house. Easy there, Dassin.

Complete with a video that would make even the worst director of karaoke videos cringe.

It’s a small wonder the French speak English with only marginally more proficiency than the Russians.