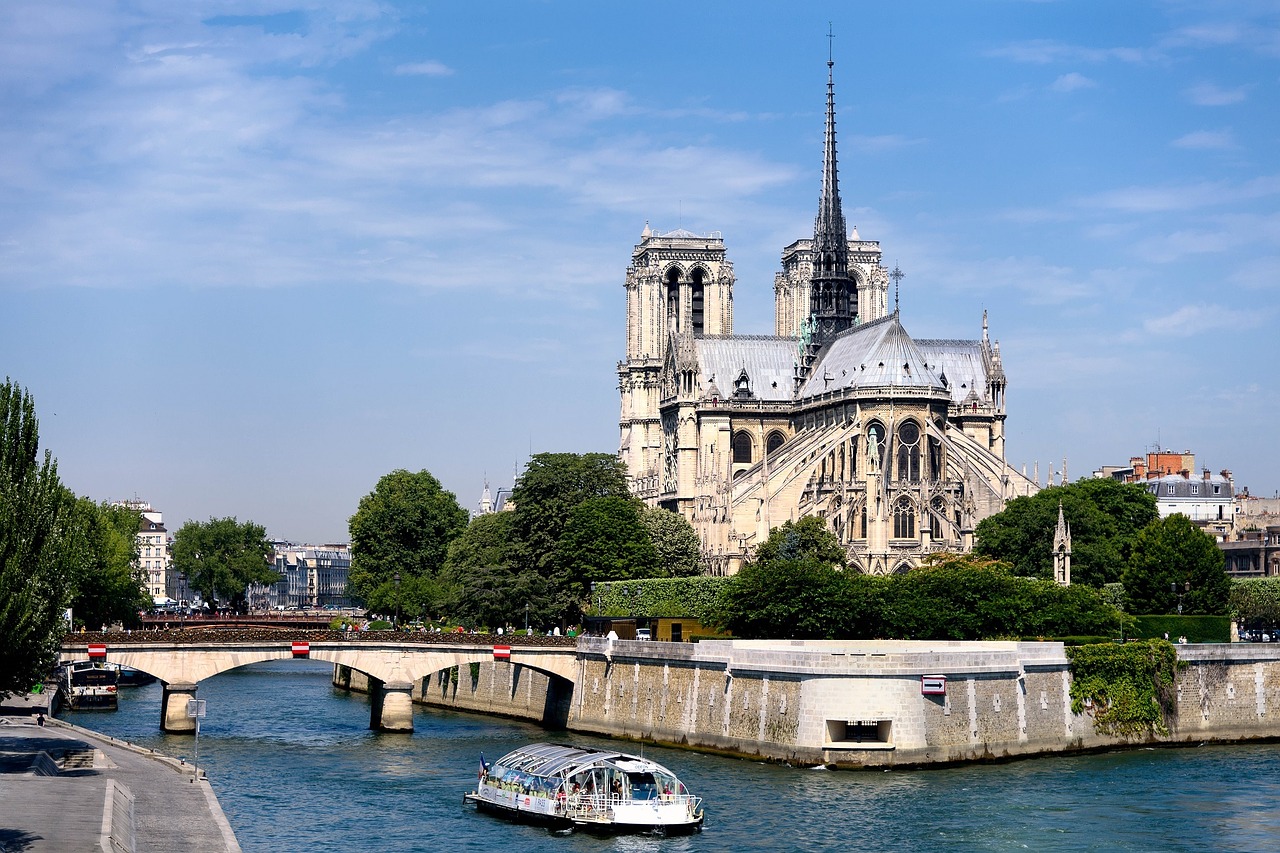 10 Things to Do in Paris in May

As the weather gets warmer, more and more of cultural events happening in Paris will slip out of dark bars and artificially lit galleries, and into the streets. Jazz performances, bread festivals, vide greniers (attic sales) and marchés every day, and it’s all outside in the open air. The trees are green again, the flowers replanted at the Jardin de Luxembourg, and spirits are higher. Here are 10 things to do this month to make the most of Paris in May.

Who doesn’t love a scandal? Or should we say un scandale! Until May 28, the Cinématheque will be showing the films that caused the worst controversies at France’s most glamorous event, the Cannes Film Festival. Festival de Cannes Scandales et Controverses features the best of the worst of the festival during its past 70 years run. The films shocked the audience, were controversial winners, and had unintended political effects. Catch a scandal-inducing film for less than 5€, and keep up with the actual Festival de Cannes, May 17-28. See the full list of films and show times on page four of this PDF, or the website calendar here.

On both May 1 and May 8 there is—hooray!—no work, but—bummer!—everything is closed. May 1 is Fête du travail (Labor Day), but instead of having barbecues and beers, France protests, demonstrates, and buys muguet (lily of the valley). Get into the thick of things by attending a demonstration (if you walk around, you’ll find one). Victory in Europe Day (VE Day) takes place May 8 to a more solemn reception. President Hollande and the newly elected president attend a military parade at 10:30am on the Champs-Elysée, and lay flowers on the Tomb of the Unknown Soldier. Make the most of this day with a walk around Les Invalides.

Little did you know that jazz has a whole life of its own on the Left Bank! Saint-Germain-des-Prés hosts their annual Festival Jazz this May. The New Orleans-style group Les Be Bop Stompers kick off the festival with a free outdoor concert on May 11. On May 16 from 5:30-6:30pm, try “Conversation Jazz & Champagne” to learn the history of jazz over a sampling of wine. On May 19, head to “After-Jazz Jam Session” with Adrien Moignard Trio from 10:30pm-2:00am. See the full program here and buy tickets here.

In the Grand Palais, gourmands and just-plain-hungry people will be in paradise at the Taste of Paris expo. For four days, Michelin-starred chefs offer bites of their creations, the latest food and cooking products are available for sampling and purchase in the Gourmet Market, classes teach you how to become a master cook, chefs host cooking demonstrations, and there’s a bar open for avoir une verre. Tickets are available for purchase here with adult prices from 18-22€ depending on date and entry time. 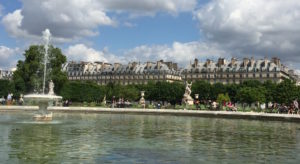 Though you’re saving the Jardin de Luxembourg for June when the flowers are in full bloom, visit the Tuileries gardens this May. On one end is the Place de la Concorde, the other the Louvre, the Seine to the south and historic Paris to the north—every which way you look the view is breathtaking. Full of dramatic statues to admire while you walk under the lush greenery, this garden is bookended by three museums to visit when you’re tired of the sun. We’d recommend getting a croissant from Sebastian Gaudard on the north side of the park, then finding one of the always available park chairs to sit in and people watch.

64 matches, 17 days, 16 teams, two cities, one winner. This year, the AccorHotels Arena in Paris co-hosts the Championnat du Monde de Hockey sur Glace 2017 with Cologne, Germany. Paris has Group B (Canada—the world champ’s—as well as Finland, the Czech Republic, Switzerland, Belarus, Norway, France, and Slovenia) who will play a total of 30 matches, including two semi-finals. A schedule of games is available here, and tickets are available for purchase here. 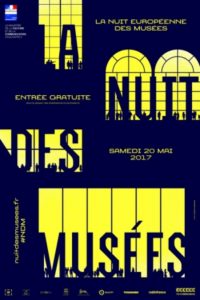 It’s real-life night at the museum! One a year, Europe has the Nuit des Musées. Participating museums offer free admission and stay open until midnight. Of the 3000 museums in Europe that participated in 2016, 1200 of them were in France. Paris proper will be holding 78 events, so find a neighborhood you like and go museum hopping! Be warned, not every museum stays open until midnight, so plan according to the hours listed by each location on the website.

A festival dedicated to carbs… what could be better? This year’s theme for the Fête du pain is “Bougez avec le pain,” or “Stay healthy with bread!” For 10 days, 100 bakers will set up shop in front of Notre Dame de Paris with no brand identification other than “baker” or “bakery”—it’s about the craft, not the person behind it! Visitors can come and go, sampling specialty bread, asking the chefs questions, and tasting any of the 3000 baguettes made each day. Kids can even cook with the chefs at the six pop-up bakeries and eight ovens. Bakeries throughout Paris will also host small events with free bread or discussions with chefs. (A schedule is available here.)

While everyone’s favorite underdog Monaco may have been thrashed by the Paris team PSG on April 26, you can still hope for Angers, who hasn’t been in the finals in 60 years. Or cheer for PSG, who have won two years in a row! No matter who you’re rooting for, head to a bar on May 27 at 9:00pm for the ultimate French experience: watching a championship soccer match. For a rowdy crowd, go to L’Antidote in the 5th arrondissement. Games show downstairs and seating is limited; go early and with a friend who can save your seat while you get beer. Alternatively, Downtown Café in the 11th might be a tad quieter since it’s not in a student-centric area, and has more seating and space. No matter where you go, get there early because it’s bound to fill up fast (and probably root for PSG since you’re in a bar in Paris). If you want to attend the final showdown on May 27 at the Stade de France and you have 600€ for a ticket, please go and let us know how it was.