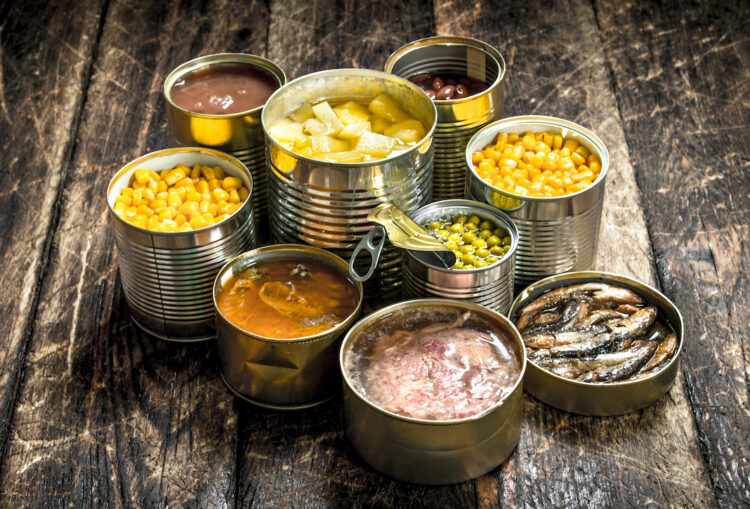 10 Inventions You Had No Idea Were French

You won’t find French fries on this list, and not because they’re famous: despite their name, they are a Belgian invention! (As though you needed another reason to cringe about the Freedom fry era.)

Fries notwithstanding, France has actually produced some of the most creative and useful inventions in history. Here are 10 examples of inventions you had no idea came from the land of brassieres and bayonets.

1. The Hair Dryer — French hairstylist Alexandre Godefroy invented the first hair dryer in 1888. Godefroy’s model was neither portable nor handheld, but it meant that people could finally stop drying their hair using a vacuum cleaner (yes, they actually did that. . . yikes.).

2. Canned Food — It’s often the case that inventors don’t get to profit from their inventions, but this one made French confectioner and brewer Nicolas Appert a rich man. In 1795, Napoleon offered a prize of 12,000 francs to anyone who could create a cheap way to preserve large amounts of food, since feeding his gigantic army on the move during winter was one of his biggest challenges. Appert took the prize in 1809 with a method of canning involving glass jars sealed with wax.

3. Braille — Louis Braille was blinded in both eyes when he was a child. After being accepted to France’s Royal Institute for Blind Youth, he began to develop what we know today as Braille, a more efficient way for the blind to read and write. He first presented his system in 1824, but it wasn’t recognized as a valuable invention until long after his death.

4. Mayonnaise — Some deli meat, cheese, lettuce, tomato, and mayonnaise–a good old American sandwich. Right? Wrong. Mayonnaise is French! Legend has it that Duke de Richelieu commanded French forces to take Port Mahon (on the Spanish island of Minorca) in 1756. After defeating the Spanish, the Duke’s chef couldn’t find enough cream on the island to make an appropriate sauce for the victory dinner, so he whipped up oil and eggs into a sauce named “mahonnaise” after its place of origin.

6. The Triathlon — Races consisting of running, biking, and swimming (in various orders with no breaks in between) were held in 1920s France near Joinville-le-Pont, Meulan, and Poissy. These races went by several different names including Les Trois Sports (Three Sports), La Course des Débrouillards (The Race of the Resourceful), and La Course des Touche à Tout (The Race of the Jack of All Trades).

7. Pencil Sharpeners — The French mathematician named Bernard Lassimonne applied for the first patent for a pencil sharpener in 1828, perhaps because it took too much time away from his furious mathematical scribblings to whittle his pencil to a point with a knife every hour. In 1847, another Frenchman, Thierry des Estivaux, improved Lassimonne’s invention and created the modern pencil sharpener we would recognize today.

8. Pasteurization — Okay, maybe you knew this one, but that doesn’t make it any less amazing! French scientist Louis Pasteur (1822-1895) developed the process of pasteurization as a way to make milk stay fresh for longer periods of time. It’s actually pretty simple: heat the milk to a high temperature, then cool it down quickly before putting it into sealed bottles.

9. Etch-a-Sketch — That’s right, one of your favorite childhood toys was invented by a Frenchman. André Cassagnes, a French inventor, electrical technician, toymaker, and kite designer died in 2013 at the age of 86. Cassagnes developed the toy in the late 1950’s, and companies have been selling it ever since 1960.

10. The Stethoscope — One of the first non-lethal instruments allowing doctors to explore internal anatomy, the stethoscope changed how doctors diagnosed diseases. The French physician René Laennec invented the stethoscope at a hospital in Paris in 1816.