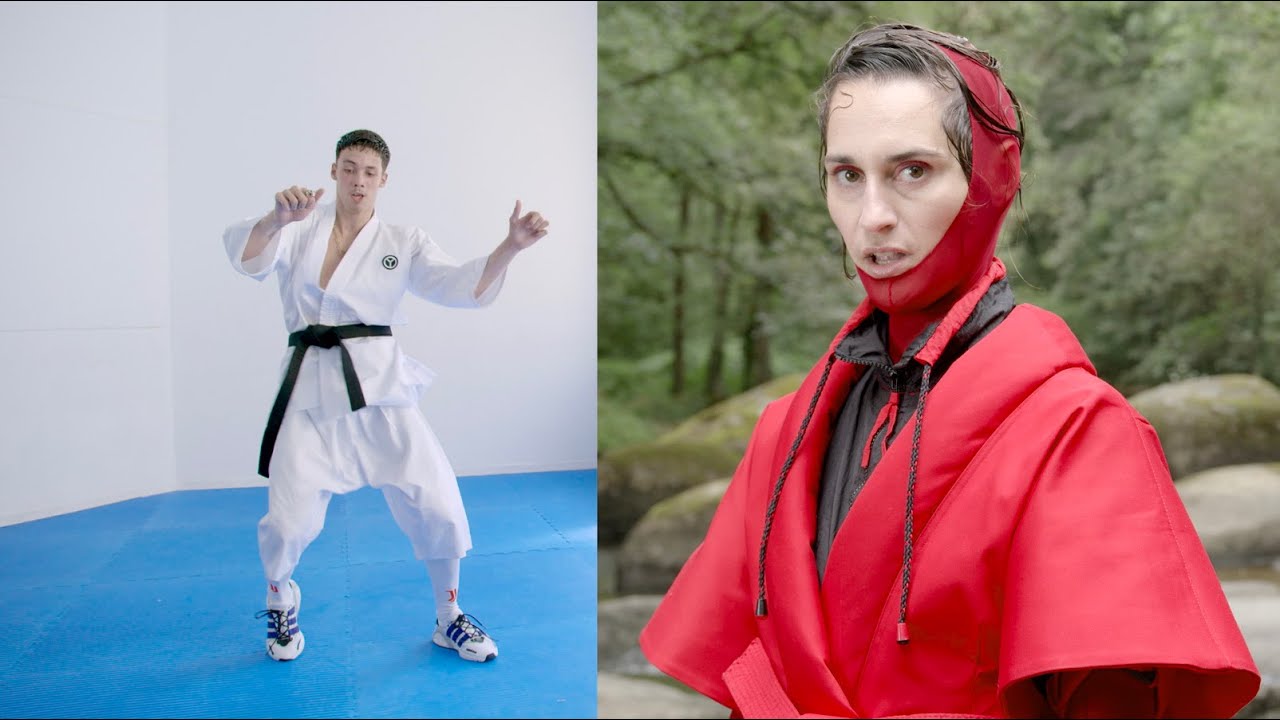 There is a certain quality to much of the music that has been released in the COVID-19 era, a kind of hyperawareness, an inability to exist free from context.

Yelle’s new album, L’Ère du Verseau (“The Age of Aquarius”), has this kind of energy. Released September 4, at the height of Virgo season, L’Ère du Verseau is a departure from the relentlessly upbeat music of Yelle’s past. A follow up to 2014’s Complètement Fou, this new collection of songs reflects six years of maturation for the group’s frontwoman and alter-ego, Julie Budet, and her producer Jean-François Perrier (also known as GrandMarnier). Budet and Perrier shared a high-speed wave of fame in 2006, at the peak of the MySpace era, as a result of the diss track, “Je veux te voir,” about French rapper Cuizinier. They followed it up with bangers like, “Ce jeu,” and, “À cause des garçons,” both featured on their 2007 album, Pop Up. They’ve performed at Coachella three times, and built an impressive international following, with an aesthetic that brings nouveau disco vibes to their live performances, and everything from Maria Ambramovic minimalism, to sports flick training montage maximalism, to their music videos.

Yelle got lucky with L’Ère du Verseau, which was nearly done when the band went into quarantine back in March, the music video for their single, “Je t’aime encore” shot only five days before the shelter in place order in France. The album opens with “Emancipanse,” a dark, heavy techno track with a heady pace. Second up is “J’veux un chien” (“I want a dog”), a yearning, dynamic track that follows in the French musical tradition of extensive wordplay (“J’veux un chien, un animal, un ami mâle, quelqu’un de bien”), and tongue-in-cheek lyrics, in a song about wanting a partner, a companion, with a “dog” as stand-in. Then come in the two singles, the melancholy “Je t’aime encore,” and the hypnotic dance tune, “Karaté.”

One of the subtler, but surprisingly moving, tracks on the album is “Mon beau chagrin,” a spoken monologue followed by 32 repetitions of the titular phrase. It depicts Yelle in an airport, on a tour so fast-paced she doesn’t even know what day it is, or, “whether [she’s] hungry or hot.” She speaks to her fans, saying: “We know that it’s you that moves us… and before it’s too late, I wanted to tell you that you are my most beautiful memories, and my greatest sorrow.” A touching nod to nostalgia for live concerts and travel, pre-quarantine.

The most sensitive song on the entire album, however, is “Peine de mort” (“Death Sentence”), likely inspired by the recent death of Budet’s father, the singer and composer François Budet. Eastern-sounding synths introduce a song of loss, told from the opposite perspective: a friendly ghost, witnessing the grief of a loved one still in mourning, but on the road to healing.

“It’s certainly a darker, more melancholic album, but still very danceable,” Budet said of L’Ère du Verseau. “As we grow up, we may have a different view of society, of the world around us.” True for everyone, in a time when it’s easy to feel overwhelmed by all that’s happening on our little blue planet. But Yelle reminds us that, even in the Age of Aquarius, there’s always a reason to dance.