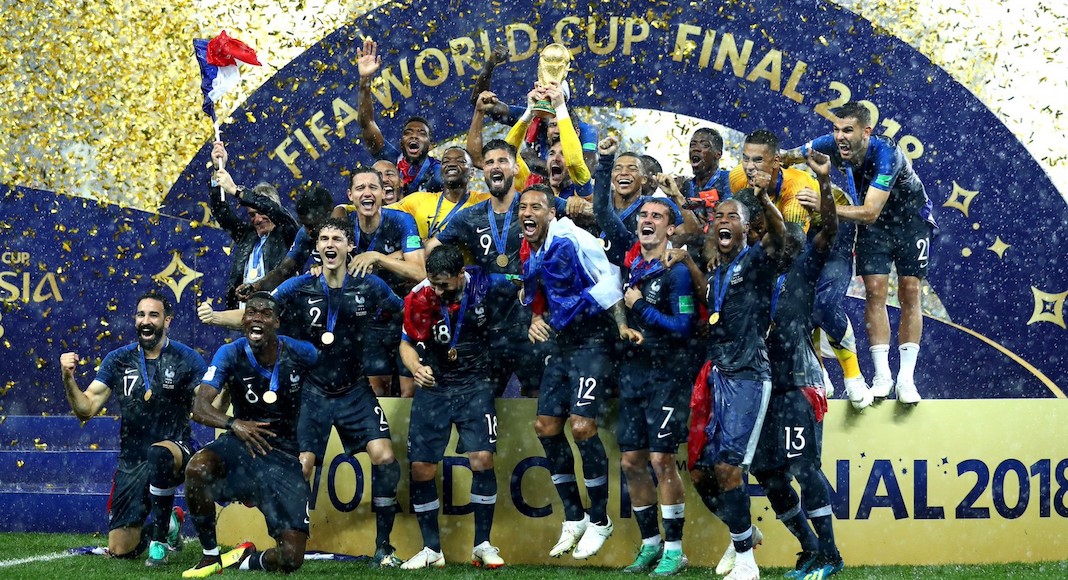 When it Comes to Soccer, France’s Future is as Bright as its Present

Winners of the 2018 FIFA World Cup, the nation of France descended into a revelry unknown since 1998. Supporters of Les Bleus took to the streets of Paris, Marseille, and other cities and towns across the country and around the world to celebrate after France beat Croatia 4-2 in a fun, high-scoring match.

For France, the second-youngest team in the tournament after Nigeria, this year’s win might be just the beginning of a golden era for French soccer. No team has won two straight tournaments since Brazil did it in 1962 after its 1958 win. But France — which boasts the perfect combination of favorable demographics, emerging leadership, and a young star in the mold of Pelé — just might pull that feat off in 2022.

The nation’s tournament win wasn’t always obvious. Throughout the World Cup, France was considered one of the favorites to win it all, but not the odds-on favorite. Experts picked Germany, Spain, or Brazil to win the cup.

“France have got the talent but I’m leaning towards Germany because of their experience,” one BBC expert wrote before the tournament.

“They still lack the consistency, personality and control to make them a great team and natural favorites for the World Cup,” The Guardian surmised.

Even after easily winning their group, knotting two wins and a draw, doubts lingered.

“Les Bleus won their group but in unconvincing style,” The Washington Post wrote before the round-of-16 game against Argentina. “France’s talent and depth are undeniable, but can Coach Didier Deschamps finally make it all work properly and inspire a more complete performance?”

France’s youth movement came alive in the quarterfinals. In the thrilling 4-3 victory over Argentina, lighting-quick Mbappé scored two goals and Pavard netted one of the most impressive goals in the tournament.

While 19-year-old Mbappé led the pack in that game, and in the tournament as a whole, France’s roster is flush with untapped talent. With a median age of 26, France’s team boasts several young players who only scratched the surface during the 2018 World Cup.

Players that saw limited time on the pitch — like Ousmane Dembélé (21), Thomas Lemar (22), and Presnel Kimpembe (22) — may well step up to replace older outgoing stars like Olivier Giroud and Blaise Matuidi, who are both 31.

More players, many of African or Middle Eastern descent, will emerge as candidates to join the team in 2022. In fact, as Vox explains, France as a country produced the most players of any team in the tournament (50), and Paris is the world’s number one talent pool for young soccer players. This is due in large part to the country’s combination of immigration from West African and Middle Eastern countries and the development of nationwide soccer academies. Players like Paul Pogba and Kylian Mpabbé are the products of this system.

The mercurial Pogba, especially, emerged as a leader of the France team during the 2018 World Cup, and his continued maturation could mean big things for France’s 2022 World Cup hopes.

“I can tell you that Paul Pogba, I don’t know how and I don’t know from where, has become a leader,” French soccer star Adil Rami told the Guardian after the win. “He proved it to us. He showed it. He’s the one that showed the way. He was the strong man of the France team.”

Mbappé — with his flashy grin, incredible speed, and his high-five of a member of Pussy Riot during the final — won the hearts of World Cup fans. As one of the youngest players to score in the World Cup, and the second teenager ever to score in a World Cup final, he has been compared to Brazilian soccer great Pelé, who led his team to three World Cup victories in the span of four tournaments between 1958 and 1970.

In addition to France’s two star players, coach Didier Deschamps will be at the helm for at least another two years, giving the team additional opportunities to develop.

Very early Las Vegas odds give France the second-highest chance of winning the 2022 World Cup, after Brazil. But if current trends are any indication, France will most certainly give the South Americans a run for their money — not just in 2022, but for the foreseeable future.