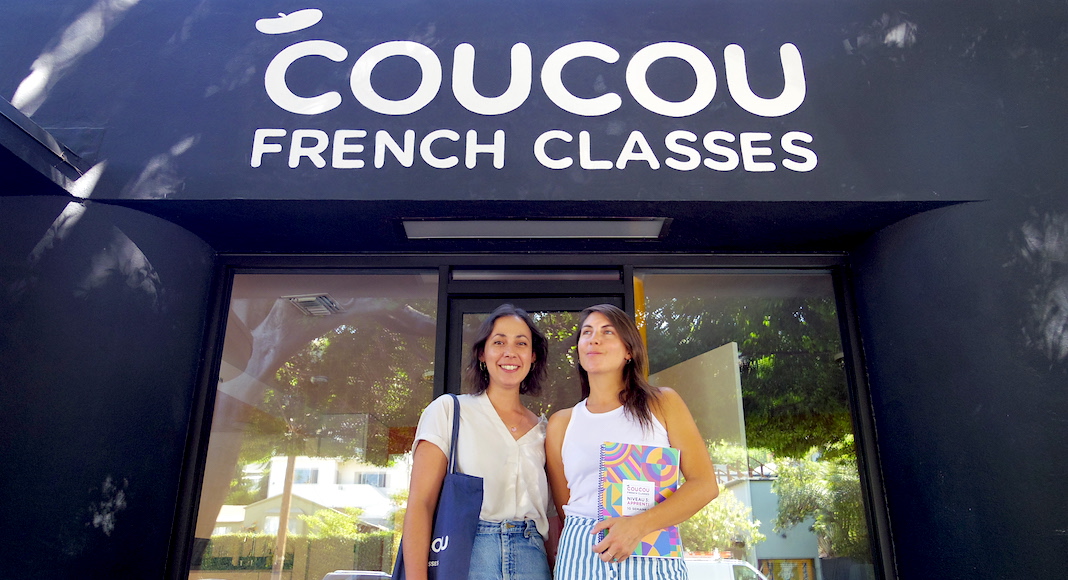 With Big Hopes for the Future, Coucou French Classes Expands in Silver Lake

Coucou French Classes is expanding. After two years in the WeWork offices in Downtown Los Angeles and Pasadena, the French language school moved to its new offices in the Silver Lake area on September 4. “We have grown enough to have our own location,” says Margaux Clermontel-Rousseau, the director of the five-classroom facility.

Launched in Los Angeles in October 2017, Coucou aims to “dust off the teaching [methods] of French,” says Clermontel-Rousseau. “They speak today’s French, with contemporary language patterns, slang.” The first teacher recruited in Los Angeles, Cynthia Perinat, admits that “it’s frustrating for students who, after two years of school, still don’t understand anything that’s happening in the French series ‘Call My Agent’ (‘Dix pour cent’). With us, they can have a discussion in a café, talk about American and French cultures.”

The students — mostly between the ages of 20 and 40 — learn from fun exercises based on original lesson books developed by the founders, who have also increased the level of participation and amount of learning games. “They come to learn something, but also to laugh,” says Clermontel-Rousseau. In addition to the group sessions, personalized courses are offered.

The adventure began in 2013 in New York when Lea Perret and her cousin Marianne opened the first Coucou in Brooklyn. After working in human resources in France and New Zealand, Clermontel-Rousseau was the first teacher recruited, even though she was, as she says, “pregnant up to her neck.”

When she moved to Los Angeles with her husband, the founders of Coucou suggested that she implement the concept there. But the 30-year-old was struggling to find the time, between her work as a marketing consultant for a yarn company, her own company of knitting grandmothers, Wooln, and her two children. After a period of reflection, she launched the company in October 2017 and became their partner. “I didn’t think teaching would make me feel good, but it’s rewarding,” she reflected. Today, it has between 150 and 200 students and employs six teachers trained in their teaching methods.

With its new location, Coucou will use the space to showcase French culture, with cheese workshops, film screenings, embroidery classes, games such as Blanc-manger-coco and Taboo… “Everything is possible,” says Clermontel-Rousseau. They hope to expand the space within two years. As for why open a second location on the Westside this time, “There’s demand in Santa Monica.”