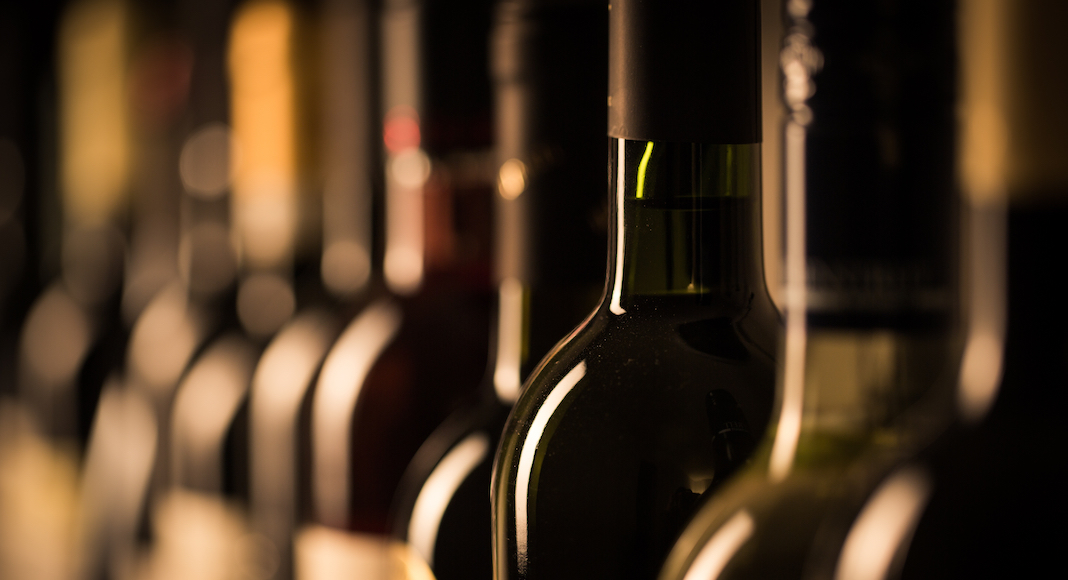 Why is French wine so expensive in the U.S.?

Importing French wine to the United States is not revolutionary, the hexagon was in 2019 the US’s top supplier of wine in terms of value, and the second in volume. But the transaction between importers and consumers becomes complicated by the rule of “three-thirds” (Three-Tier System). Inherited from Prohibition, these laws impose a supposedly hermetic separation between producers (or importers for foreign wines and spirits), distributors, and retailers. As obsolete as it seems, this system persists.

Yet, “all eyes are on direct-to-consumer sales in the wine business,” especially since the Covid-19 pandemic, says Albert Dahan, an importer in New York.

On the West Coast, this mirage is becoming reality. Over the past few years, more and more French importers have been selling directly online, like Xavier Simon, who has been offering regional wines to Californian consumers for a few months with Simon Wine Selection. “California is one of the few states that allows the same individual to hold all three licenses (importer, distributor and retailer). The only subtlety is that the sale is only online, we do not have the authorization to open a store,” explains Simon.

Within each state, the Alcoholic Beverage Control has the freedom to apply flexibilities to the three-tier system, explains Manilay Saito, an expert for Business France. “By allowing the accumulation of licenses, California allows for more competitive prices in terms of wines,” she confirms. Other states also considered “open states” offer flexible legislation. In Washington DC, a retailer can import by himself. On the other hand, Pennsylvania has a monopoly on distribution and retail sales in state-owned stores. “In the United States, there are 17 states where wines are not sold freely,” says Saito.

In this eclectic landscape, California appears as “the ‘wild west’ for the distribution and marketing of wine,” says Gregory Castells, head of Martine’s Wines (specialist in French wines) since 2012. Particulars vary according to the state, the importer explains: “Each state has its own family in charge of alcohol, like a mafia, which makes its own laws.”

Despite advantageous regulations in California, online sales are confined to the state’s borders. To be able to distribute French wines elsewhere, you have to apply for a license. But that’s the only way. Frederick Boelen, who chose to open La Cave in Napa thanks to its favorable legislation and infrastructure, sells in fourteen states “through a third-party organization.”

In other states, which have less accommodating legislation, the three-thirds rule is sometimes circumvented, without falling into illegality. Eddy Le Garrec, head of Empire State of Wine in New York, a retailer, sought a way to cut the margins of distributors in order to offer attractive prices to his customers. Unable to obtain the three licenses in this eastern state, he chose to use three logistics companies to handle the importation of the wines. Le Garrec manages the ordering of cases from small French producers. “The logistics company pays the wine to the producers, I reimburse them and so we respect the law, as I don’t have any invoices from France,” he explains. And New York State has another advantage, that of being able to send wine to other states. His alternative has one drawback, however: it is impossible for him to renew his stock in a hurry.

Many importers have chosen to follow this example to sell wines online, says the Business France expert. But Le Garrec boasts that he is, for the moment, the only one with a brick and mortar store (in Manhattan).

Other importers have chosen to respect the law to the letter, taking advantage of the slight benefits of the “open states.” Maison Marcel, importer of its own brand, sells its wine to distributors, “except in four states where they sell directly to retailers and consumers which are New York, New Jersey, California and Florida,” where Albert Dahan has a distribution license. “Selling direct would be more advantageous, but the system is set up in such a way that it’s not manageable.” It is not excluded from the boom in online sales, offering them (indirectly) in 42 states. Sales are then fulfilled through the stores he supplies. “So we don’t get the full margin,” he laments.

A choice also favored by Jean-François Bonneté, an importer installed in Texas and distributor in the same four states of the brand Libération de Paris. For him, online sales (through the distributor and the retailer) allow his brand to be known on a national scale. “But it’s still particularly expensive in terms of marketing.” The Texas entrepreneur adds that the system is even more complicated for spirits that he imports with a “third-party oven” system, where the restaurant must purchase the alcohol from the retailer, not directly from the distributor. Why choose to import into states such as Texas or New York, with stricter legislation? The lower taxes and cost of living are the answer put forward by Bonneté, though many also site the size of the New York market.

Other alternatives to the system exist, but remain unofficial (and illegal). For example, some professionals import wine among bottles of olive oil to avoid the three-thirds rule.

“Easier to sell a gun in the U.S. than a bottle of wine”

The reason importers are so keen to work around the system to sell online to consumers, whether directly or through a middleman, is that 2020 was a particularly difficult year. They saw a significant portion of their sales collapse during the pandemic, with restaurants and wine shops remaining closed for several months. Martine’s Wines took advantage of the health crisis to “formalize” sales to individuals, through two companies: Casemade and High Definition Wine Merchant, a private invitation-only club. A general phenomenon observed by Manilay Saito: “importers have focused their resources on selling and developing online clubs.” A strategy that pays off: Empire State of Wine, which developed an app for pickup and bought a van for deliveries, doubled its online sales in 2020, as did Frederick Boelen, which increased online tastings to promote itself, with Maison Marcel seeing a 4,000% increase.

To increase their profits, many of these importers dream of a leaner system, and getting a bigger piece of the pie by cutting out the middleman. But these professionals don’t think the “three-tier” system is going to change anytime soon. They agree that the largest distribution companies (such as Southern Glazer’s Wine & Spirits or RNDC) act as a lobby to maintain their share of the market. “Distributors with a monopoly position have a historical relationship with the authorities,” comments Albert Dahan, who sees it as “the specter of American puritanism.”

“Their margins (to the distributors) are enormous. If the three-thirds system disappeared, everyone would buy from importers,” says Le Garrec. French importers are not the only ones to deplore the system. Libdib, an online-only distributor, orders directly from producers, bypassing the importer. A way to “disrupt” the system, says Saito.

Despite attempts to change the system, “a federal law will never pass,” argues Castells, who adds, “it is easier to sell a gun in the United States than a bottle of wine.”

But not all importers are up in arms about the system inherited from Prohibition. Bonneté believes that it is “beneficial for local and artisanal products,” allowing “certain lesser known products to have access to distribution… The American system allows for a diversity of products, while protecting small and medium-sized players.”