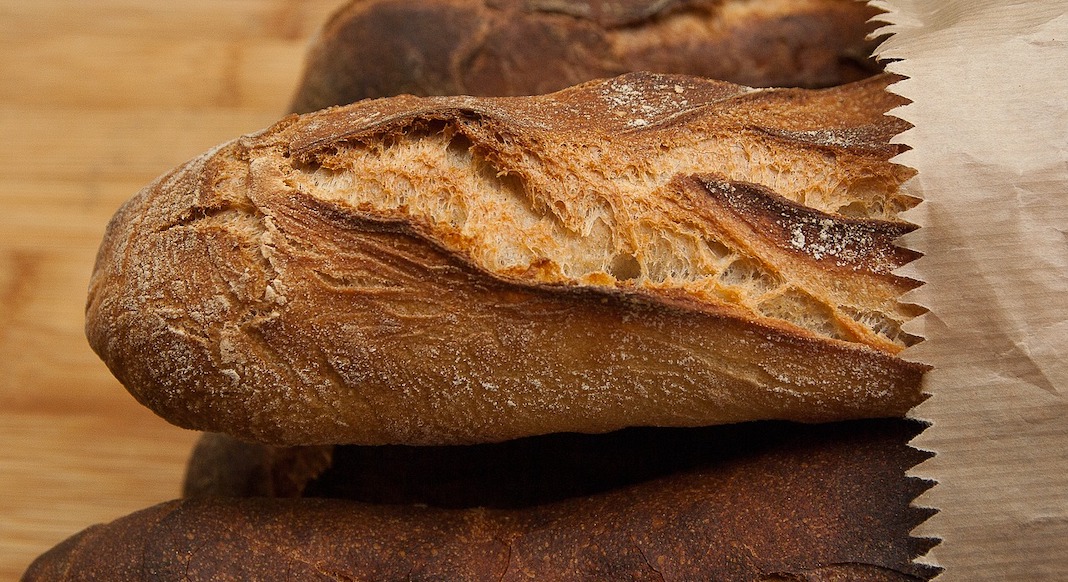 Why Is French Bread So Good?

If you’ve ever been to France, you know what I’m talking about when I say that the French make the best bread in the world. Nothing comes close to the smell of a French baguette when you walk past a corner bakery, the crackling of the crust when you tear it apart, the softness of the honeycombed mie center. No matter the region, the quality is always top.

In France, bread is an art form and an institution, with some 34,000 boulangeries making bread five or six days a week for the 70% of French people who buy locally-made fresh bread. The baguette is as symbolic as the Eiffel Tower, Louvre, or Fleur de Lys. So what makes French bread so damn good? Three reasons.

The 1993 French Bread Law, or “the Bread Decree”, outlines how bread should be produced and sold in France. To be called a “boulangerie”, a bakery must make its own bread fresh on-site, no pre-made dough allowed. A baguette must weigh 250-300 g, be 55-65 cm long, and any bread labelled “tradition française” must be produced following a very specific recipe. Most importantly, French bread can only contain flour, salt, yeast, and water—no preservatives or additives allowed. While bakers elsewhere might use chemical additives to oxidize the dough and speed up the fermentation process, French bakers ferment the dough naturally; the longer process yields better structure, texture, and flavor.

There are many conditions that affect the flavor of flour and therefore the bread made from it: the type of wheat the flour is made from, the climate in which it’s grown, soil conditions (terroir), the type of yeast used, even the amount of microbes in the water. These all vary from place to place, yielding differences in the final product.

The biggest way flours differ is in their protein and ash content, the residual mineral content that remains in the flour after milling. French flour tends to have lower ash content than American flour. In France, flours are classified by their ash content; baguettes often use T55 or T65, pastries use T45, and T150 is like whole wheat. (The number refers to how much ash remains in the flour per 100 g.) You would think you could just buy flour with the equivalent ash content in the US, but the US and France measure ash content (and protein) differently: in France, it’s measured as dry matter, and in the US, under 14% humidity. So a .55% ash content in France is more like a .46% in the US.

In Julia Child’s book My Life in France, she discusses finding French flour to have more body than its American counterpart, supposing that chemical processes removed fats from American flour in order to extend its shelf life, since French flour was often unprocessed and spoiled more quickly. French bread is also lower in protein.

The role of bread in French culture goes back to the 18th century: for a variety of reasons, flour was bad, expensive, and in short supply. The resulting famine was one of the causes of the 1789 French Revolution. The new government set maximums for bread prices, the following government supplied bread to the people as a sign of political strength. Prices were set again under Napoleon to avoid an uprising. When French medical chemists associated gluten with nourishing elements in plants, bread became seen as indispensable to one’s well-being. Consumers became extremely concerned with the quality of their bread and did not want their bread to contain filler such as bran, rye, or barley. The centerpiece of every meal, the average citizen believed that it was impossible to overindulge on bread.

Three hundred years later, my French roommate has the same idea: “I eat bread like I drink water,” she says, “you can never have too much.“