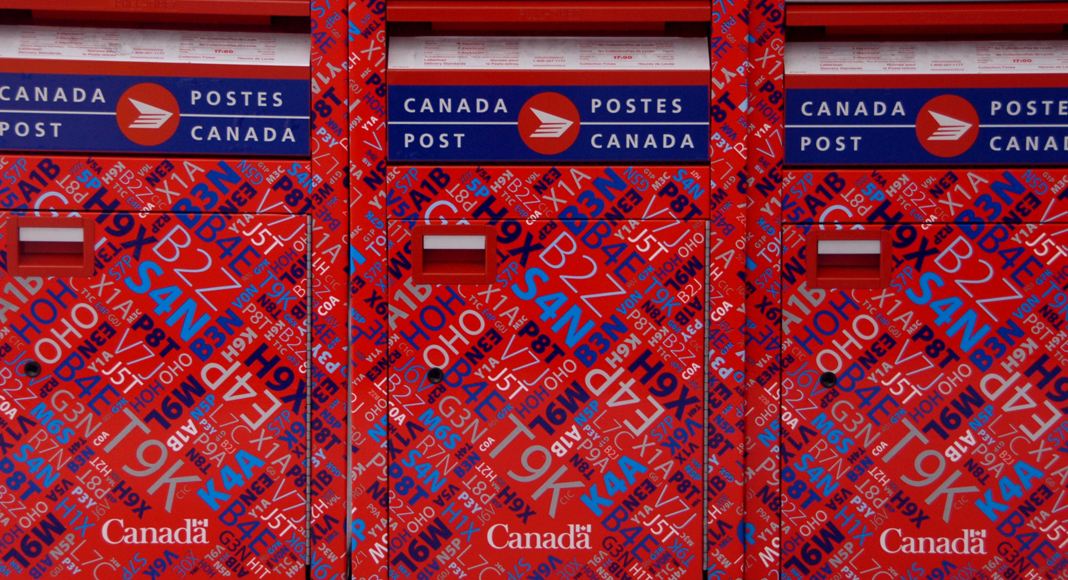 Why Do Canadian Zip Codes Have Letters?

As you try to navigate Québec, you might see a few combinations like these: H2J 2L1, H2T 1P2, H2T 1R8. Don’t get your beret in a bunch, they’re not a part of a code or an elaborate geocaching hunt. They’re Canadian zip codes.

Canada has a long history with France, but it’s postal codes are nothing like the ones in France, which consist of five digits like United States postal codes do. So what do all these numbers and letters represent in Canada, and where did they even come from?

Postal service in Canada has been around for a long time. Benjamin Franklin established the first regular postal service in the British colonies in 1755, between Falmouth, England, and New York on a monthly basis. He then decided to create Canada’s first official post office in Halifax, Nova Scotia, for domestic and international mail.

The Canadian zip codes that we know it today were implemented to improve the quality of postal service in Canada. According to the organization, “Canada Post delivers mail to more than 16.2 million addresses and this number is increasing by about 180,000 per year.” On average, one postal code serves about 20 houses, although this number may vary considerably from place to place.

Canadian zip codes are composed of two distinct parts, which allow you to know where the mail should be delivered. The first half of the postal code is the “Forward Sorting Area” (FSA). The first letter in the first half refers to a major province or district; only Ontario and Quebec, the two largest provinces in Canada, have more than one district. The digit that comes after is the territory: 0 represents a rural location, and other other number denotes an urban location. The final letter of the FSA corresponds to the name of the district in a city or village.

The “Local Delivery Unit” forms the second part of the zip code. This combination of three letters and/or numbers indicates the dispatch location for the mail from a given FSA. “The LDU is used for final sorting,” explains Canada Post. “It’s a service point that is shared by a group of houses and/or businesses.”

Thanks to this ultra-detailed code, the national postal service is able to deliver millions of letters and parcels every day as efficiently as possible.

If you’re more of a visual person, here’s the Canadian post office’s explanation.

This article was originally published in French on our sister site Maudits Français.

Did you know that Santa Claus has his very own zip code in Canada? HOH OHO (read: “Ho ho ho”). Old (Canadian) Saint Nick, who receives more than a million letters every year, tries his best to get back to everyone. Practice your French and write to him: Santa Claus North Pole, Canada HOH OHO OHO
Share on facebook
Share on twitter
Share on linkedin
Share on email
Share on pinterest