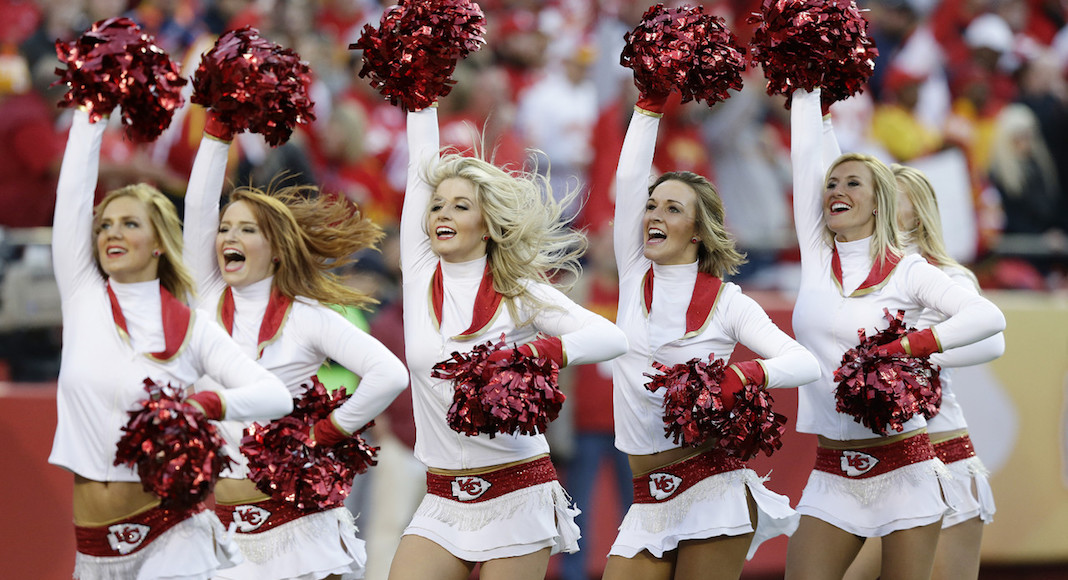 Why are cheerleaders called “pompom girls” in France?

When French people talk about “pompom girls” it sounds weird. These dancers and cheer-leaders don’t even always have pompoms, and they’re not always girls. So why don’t French people say “cheerleader” like Americans do?

For an answer, we turned to expert Elise PompomGirl, who, as the name describes, is a dancer, choreographer, and “pompom” instructor. “It’s really a problem that causes a lot of confusion,” says Elise in regards to the pompom vs. cheerleader vocabulary. It comes down to this: “In France, we distinguish between pompom girl and cheerleader.”

“Le cheerleading” and its acrobatics are closer to gymnastics (think the final dance scenes from Bring it On), whereas “le pompom” focuses on high-energy dance choreography performed with pompoms (think like NBA cheerleaders: cheering on the team, and dancing with pompoms). A French team specializes in choreography with pompoms, or stunts, but not both. As for the French majorettes, they’re the same as the American majorettes.

The name “pompom girl” came about, according to Elise, because of “a language error.” A French journalist saw American cheerleaders dancing with their pompoms, and one bad translation later, France was saying “pompom girl.” That said, some cheer teams don’t use pompoms at all because they would interfere with the acrobatics. For clarity’s sake, it would be easiest to just follow Québec’s lead and translate the word “cheerleader” (“meneuse d’encouragement“) into “meneuse de claque.”

This bad translation is not without consequence for the sport’s development in France. Having “girl” in the title has not been necessarily positive. In pop culture, cheerleaders are blonde, popular, smiley, and dressed in crop tops and mini skirts. Not all female dancers are perhaps interested in that kind of image. Additionally, “pompom girl” excludes boys. In fact, at the beginning of the sport’s tenure in the US in 1877, cheerleaders were men! Cheerleading was exclusively for men until 1923 when women joined the squad. Men still partake in cheerleading, with the most notable American male cheerleaders being US presidents Franklin D. Roosevelt and George W. Bush, who both did cheerleading in their youth.

Unfortunately for boys and men in France, “pompom girl” is not a unisex term like “cheerleader” is. On the contrary, the term clearly indicates the feminine nature of the sport. Elise finds the feminine title regrettable: “There are a lot of clichés about this sport. I’d like to make it open to everyone, in particular by using the term ‘pom-dance‘ because currently the idea of a man as a pompom boy isn’t well accepted in France.” In 2011, Elise started the first “pompom” class open to everyone (all genders, all ages) in Paris.